We often complain: “Public services go pear-shaped, because we cannot choose the entity issuing passports or paying tax returns”. In the conservative economic sense, markets for public goods fail, due to the absence of competition, choice, and fair supply and demand. Given these unfulfilled market premises, governments lack incentives to lift service quality. Businesses lose customers if they are too expensive, too inferior, or too late. Governments don’t. Or do they? Do governments compete? Four examples show how governments fiercely target your time, money, mobility and talent. Public entities compete with each other, and with other market players, both domestically and cross-border.

“Where shall I go for the weekend?” With the rise of city marketing, cities increasingly persuade national and international tourists to visit their place. Cities invest in their city brand as to fuel economic activity. Dutch city slogans like “I Amsterdam”, “Rotterdam, make it happen” and “Breda brings it together” campaign for both national and international travelers. Successful marketing raises popularity and ensures travelers to choose for the best destinations.

Furthermore, governments battle against their foreign counterparts. Countries for instance seek to house large multinationals to create jobs and increase tax revenues. A race to the bottom urges administrations to continuously adjust tax and investment climates. The latest European eGovernment Benchmark demonstrates that the battle for businesses continues digitally too. Services for starting up and running a business in a foreign country are more often available online than cross-border services for citizens planning to study abroad or starting a small claims procedure outside their country. This underlines that governments try their best to welcome and maintain foreign companies.

Next to competition among public organizations, public entities compete with a broader range of market players. The transport sector exemplifies this type of competition. “Do I travel by public transport using a bus or train, or do I catch an Uber, or cycle with a speed pedelec e-bike?” The choices are plentiful. Whenever public transportation underperforms, one has a variety of vehicle substitutes, putting publicly operated transport to the test. In this way, exposing state enterprises to private market forces can spur them to offer higher levels of flexibility and quality.

Looking for talent? The labor market is another example where both governments and other entities compete for resources. Today’s physical and digital infrastructure allow people to work across the globe. Consequently, employers now compete both nationally and internationally. This triggers governments to reinforce their arsenal: brand their organizations differently, enhance labor conditions and renew jobs. Public organizations enter the war for talent, ready to attract the top 5% graduates that else would join international technology giants, banks or manufacturing companies.

The tourism, tax, transport and labor market examples clarify that governments compete more often and severely than commonly thought. Four related assets (time, money, mobility and talent) drive competition among governments and other entities, within and across borders. With monopolies fading and markets flourishing, public organizations are incentified to upgrade their services (in favor of citizens and businesses). Can we expect even more competition? Which public sectors are next in line? Will eIDAS Regulation[i] for instance simplify enrollments in foreign higher education, heralding more competition among universities? Are we close to preferring private security companies over public police and choosing our own court judges? Digital residency is already possible in Estonia. Will governments start competing for your sovereign identify? The public market combat continues.

[i] The eIDAS Regulation provides a framework for electronic identification and trust services for electronic transactions in Europe. Its predictable regulatory environment enables secure and seamless electronic interactions between businesses, citizens and public authorities. 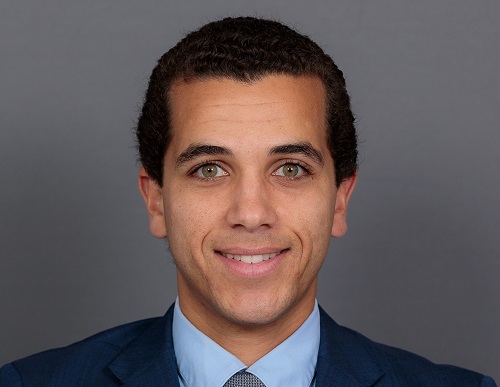 As part of Capgemini Invent, I shape the digital public sector in Europe with strategic policy advisory and research.
I am mainly experienced in fostering Open Data, eGovernment and Web Accessibility together with policy makers, academics, citizens and businesses.