Farming is shaping the world. Is the way we farm the right direction to go? Do consumers need to change their behaviors or the way they look at the profession of farming? Do they want to pay the value the farmers offer, or they want to buy the cheap food at our retailers? All this was open for debate during our event about Digital Agricultue, held at 14 November last year.

Why this is a challenge about life and death

Our biggest challenge lays in the next 30 years: a timespan in which the world population will reach the milestone of 10 billion inhabitants. Will we be able to continue to feed everyone? One of the most notable speakers at the conference, Tobias Menne Head of Digital Farming at Bayer, indulged the audience with a presentation about his view on this challenge. He raises the question what has to change: society or agriculture?

The conference also included the presentation of our whitepaper Bytes Against Hunger – artificial intelligence in the field (PDF), as well as information about the latest innovations on agriculture. AI is going to play a major role in the solution and will lead to new insights and new ways of farming.

The golden age of agriculture

The agricultural industry is one of the most innovative businesses of this century. At the same time, the number of people working in agriculture continues to plummet. During the early years of the 20th century, the golden age of farming, 38% of the general population was a farmer. At the end of the century only 2% was still farming. This gilded age brought lots of innovation like automation, mechanization, and most importantly gathering information to use in the optimization of farming. But then the 21st century came and brought us digitization. A new chapter began. 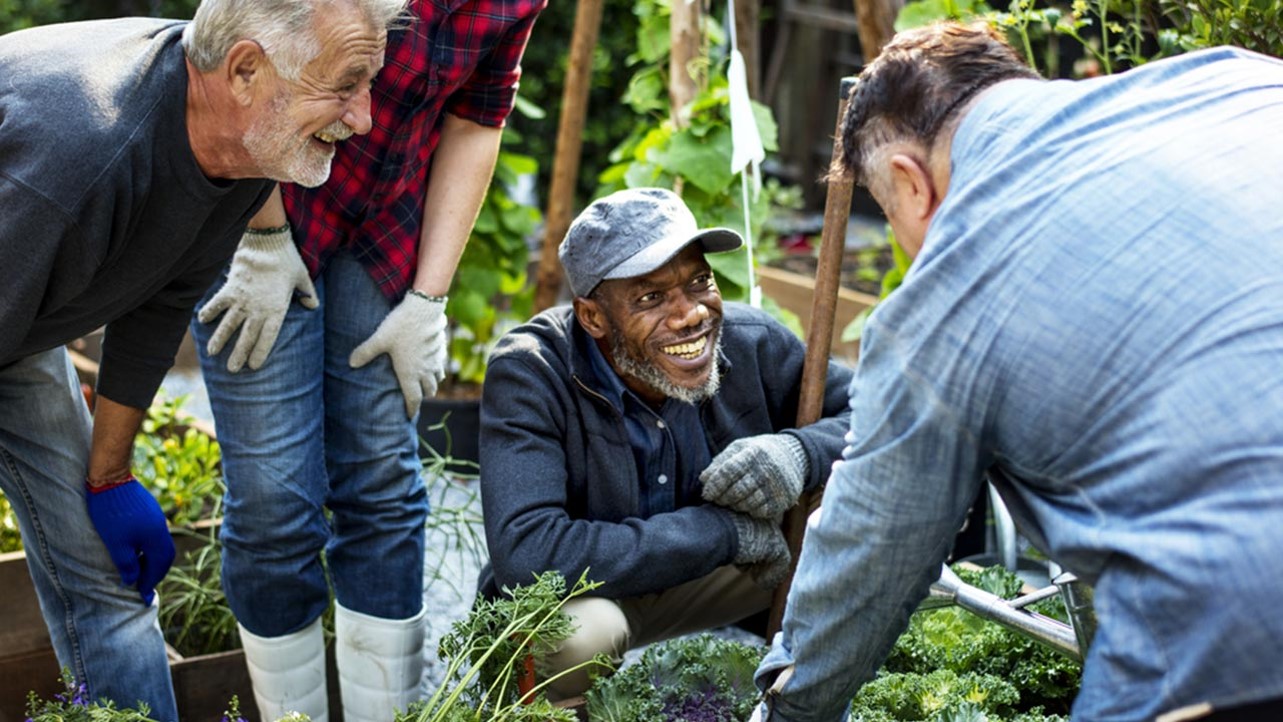 Intriguing stories from over the world

Tobias is convinced that new technologies will contribute to a better agriculture, with healthier food, more biodiversity, cleaner groundwater and thus a better future for farmers. Not only for the established farming regions of the Americas and Europe but even more so across Africa and South-East Asia. Various guest speakers from forward-thinking organizations in the agricultural industry, like Simple Agri and Agrics supported Tobias’ (similar) views.

Simple Agri helps smallholder farmers worldwide with farm management systems. Their CEO Juan Pablo Hurtado, son of a coffee-farming family from Columbia, started his presentation with an intriguing story about the orangutan. This species is endangered by palm oil companies, who chop down rainforests around the globe for palm oil plantations. Considering that about half of the edible products in your house contains palm oil, it’s no surprise that the crop presents the biggest threat to the future of rainforests. Juan Pablo showed a video (which was banned from British television by the British Government) on how digitized agriculture can lead to a more sustainable agriculture.

Another guest speaker was Violanda de Man from Agrics, who showed how the company is supporting 20,000 farmers in Kenya and Tanzania. Together with Capgemini, Agrics is working on a project called FARM. The project enables a decent living for those smallholder farmers by supporting them with digital innovations and the processing of data. She also showed a roadmap of the route towards the future, that is powered using satellite-data.

Millennials, time to step up…

The break-out sessions were absolute eye-openers. They contained a lot of emotional conversations and offered personal insights for all the different players in the community. They revealed relevant themes about what’s happening in the field. For example, how striking Brazilian truck drivers demonstrated against rising petrol prices, affected the whole global supply chain creating an astonishing loss of 1.7 billion dollar in just ten days.

The need to feed the expected population of 10 billion citizens by in 2050, Tobias mentioned at the beginning of the day, put a spotlight on the millennials in the room. These challenges make them even more engaged and involved with our agricultural community. New insights into and knowledge on how to apply data science and data-led strategies can replace current paradigms within the agricultural sector.

Want to become a part of this community within Capgemini and join us on our digital journey towards the future of agriculture? This is an open invitation for everybody who’s interested and active in the agricultural ecosystem: external party, client, university, and so on. Only with all the factions inside our field of work engaged together are we able to change the reality of daily operations. Feel free to contact me!