I joined Capgemini on the Returner programme as a Business Analyst with BTS, in September 2018.

I had previously worked as a consultant with a business and IT consultancy and had chosen to take a career break of around 15 years, to focus on family.  In fact, I did the reverse of what most women do – I stopped working when the children started school rather than going back to work at that time.  I participated in their school and after school activities as much as I could – in the classroom, on excursions, class parent representative, and held office on school parent governing bodies.  During this time, I also managed a small IT consultancy with my husband and did some occasional work for clients.  All of which helped keep my skills up to date.

I had always planned to return to my career sometime – I didn’t want to just return to the workforce, I wanted my career back.  So, as my youngest child was nearing the end of her school years, I decided the time was right.  But I faced the double issue of not just having had a long career break, but I was also a lot older than I imagined most applicants would be.

These factors combined to mean that I had very little confidence in my ability to land a position and, more importantly, do the job to a level I would be happy with.  With a break of 15 years I felt this lack of confidence was completely rational but very hard to overcome.  Doing so was my biggest challenge.

I applied for a couple of business analyst roles, but it was clear (though never actually stated) that I wasn’t really being considered for roles, I can only assume, because of the gap in my CV and perhaps my age.  During this time, I had some significant set-backs and I was close to giving up.

In my searches I happened upon the Women Returners organisation and attended their first conference in London in 2017.  Initially I was really nervous.  On meeting other attendees, I began to think I had left it too late – I felt like (and probably was) the oldest person in the room and the one with the longest career break.  I certainly had the longest career break of anyone I met in the room that day.  Most people I spoke to seemed much younger, with breaks of only a couple of years.  But I was determined, and I got enough encouragement to persevere.  I spent the next few months updating my skills with a course in Data Science and some BCS business analysis certifications.  Just to prove to myself that I could refresh my skills.

As my daughter’s departure for university loomed ever closer, I applied for several returnships – I had a few rejections but progressed to the assessment day with one of them and second interview and eventually a job offer from another.  So, my confidence was growing but I wasn’t there yet.

Around this time, I attended the Capgemini returnship launch event in Holborn and was blown away.  I was really impressed with the senior management briefings and welcome, and the consulting nature of the business was a much closer match to my background than any other returnship I had come across thus far.  I applied and was invited in for interview – I remember the day of my interview in London – it was a glorious summer day and I thought the interview went very well.  I emerged from the building on a bit of a high, in time to enjoy the latter part of the RAF centenary flypast overhead.  I was on top of the world.

Eventually I was offered a place on the returners programme and officially started in September 2018, two weeks before my daughter went off to uni.  Perfect timing.  After a few days induction in London I was back home to Somerset to “find my feet” until I was assigned a project.  It turned out that this was probably the hardest part.

I was still worrying could I do the work, was I too old, would I be accepted by the team, even, how would I be able to keep going with the other activities in my life like choir, that I loved so much?  Although I had strong support from HR and BTS was working hard to find me a project, I was on the bench for  what seemed like an age and I did feel isolated.  This didn’t help my confidence and, as time dragged on, I began to really doubt myself again.

I tried to keep busy, focussing on taking the next step.  I did some online training and spoke to a few people via Skype, joined some capability groups and travelled up to the London office a few times so that I felt part of the team but it was always a bit of a gamble as to who would be in the office on those days, so that didn’t always work out as well as I had hoped.   I tried, as best I could, to get involved in finding a project and promoting myself.

After two months, I was assigned to a project in the north of England, as a Business Analyst on an agile project. The travelling was a bit of an adjustment, being required to be on site 4 days each week, but once there, I quickly realised that while the work environment had changed, (skype calls, virtual teams etc), the work itself hadn’t, even with agile.  And, no-one knew (or could tell) I was on the returners programme.

The biggest surprise, and the greatest relief of all was that it was like I had never had a break.  The transition back to work had been almost seamless, once I was working on a project.  And, worrying about my age?  It was all in my head as I have never even had a hint of it being an issue.  In fact, if anything people assume, as a more senior member of the team, you’re in charge, so it can be a positive.  Bottom line is that if you can do the work, it’s actually not an issue.

I have moved on from the project up north, leaving with excellent feedback from both the client and the team, and am already working on another account.  And, still, no-one knows I’m a returner unless I tell them – I’m back in the game!

Of course, I still have the odd bout of imposter syndrome from time to time but talking to other team members, even the younger ones, we all do.

So what have I learned? 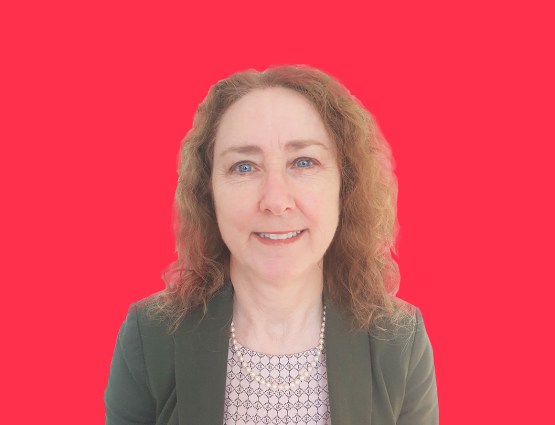