At the dawn of the quantum era, we are seeing more and more discussions as well as publications on the new and insightful demonstrations of quantum algorithms and quantum solutions, that have the potential to outperform classical methods. Quantum computing in particular has a lot of untapped potential but is expected to be the “late bloomer” out of the 3 main quantum domains of computing, communication, and sensing, having realistic industrial perspectives in 5 to 10 years’ time. Nevertheless, it can be potentially game-changing or even disruptive for certain Intelligent Industries.

A Quantum of Intelligent Industry

The journey starts in the Capgemini Quantum Lab

Recognising the potentially disruptive impacts of quantum technologies on certain industrial and IT domains, Capgemini officially launched its own Quantum Lab earlier this year. The Lab brings together different local teams, research facilities and projects in quantum fields into a virtual global research laboratory. This aggregation of experts and specialists from various industry domains as well as different technologies within the Group – all of whom are dedicated to quantum – provides Capgemini with the means to help our clients jumpstart their quantum journey.

The vision of Capgemini’s Quantum Lab is:

The Lab is focused on all 3 quantum technology application fields:

The potential of Quantum Computing

Quantum computing technology is on the verge of reaching sufficient maturity for consideration in more complex algorithmic use cases. We are working with our clients in discovery sessions to pinpoint high-value use cases for their respective sectors. Clients are enthusiastic about working on complex optimisation problems where quantum could, we believe, bring a huge computational advantage.

However, as is often the case, the devil is in the details. A deeper understanding of the different use cases is essential in determining the proper extent of the quantum domain, as well as taking into consideration its limitations and potential drawbacks.

As our recent Capgemini Research Institute report Quantum technologies: How to prepare your organisation for a quantum advantage now revealed, a broad scope of problems and business cases fall under this category:

Optimisation problems (be it combinatorial or continuous) are typically difficult problems from a theoretical point of view. They are either challenging – or in some cases unsolvable – with the available (or even future) classical hardware. High complexity and high dimensional optimisation problems are typically good candidates for hybrid, quantum-inspired and purely quantum approaches.

As Richard Feynman once said: “Nature isn’t classical, dammit, and if you want to make a simulation of nature, you’d better make it quantum mechanical, and by golly it’s a wonderful problem, because it doesn’t look so easy.”

Life sciences with the modelling of chemical reactions, molecular simulations, protein folding, drug discovery challenges are, by definition, problems on the quantum scale. Therefore, their implementation and resolution on a quantum computer provides for a scientifically more natural choice, perhaps you could even say a more natural language, and – in a lot of cases – computationally, it is a more beneficial solution.

Other fields such as signal treatment, photonics and sensing algorithms can also benefit from a more precise resolution of certain mathematical equations through quantum algorithms, opening up the playing field to some more unexpected relevant use cases.

Current machine learning methods are solvable but generally computationally intensive. Problems stemming from deep learning and computer vision, instances of resource allocation and product design, are some typical examples where quantum can provide a significant gain in speed-up and performance as well.

It has been hypothesized for the past few years that quantum provides the means of more expressible data, especially in higher-dimensional or more convoluted datasets.

A spotlight on the QUASAR project

According to Airbus, the conception, development, and production of current airplanes is the result of decades of multidisciplinary investigation and countless improvements. From a shape and structure optimisation point of view, the granularity of the problem and the extensive number of backend numerical and structural computations push even the highest performing classical machines to their limits. This can cause long design lead times, convoluted processes and conservative assessments. Quantum computing offers an alternative path to explore a wider design space by evaluating different parameters simultaneously, thus preserving structural integrity while optimising weight.

To address 5 flight physics problems, Airbus launched in 2019 the Airbus Quantum Challenge, asking academia and technology industries to propose specific solutions with the help of quantum technology. Partnering with quantum technology experts, such as their investment in IBM Quantum Network and QC Ware, Airbus is at the forefront in ushering in new possible applications for quantum computing in the aerospace domain. The 5 distinct flight physics problems were:

Given the current technological state of quantum computing, the most viable route for considering such complex and potentially high-dimensional problems is by means of hybrid algorithms. This entails replacing a computationally intensive, iterated step of the whole optimisation process with a quantum iteration instead, therefore potentially improving the overall performance.

On the French R&D platform of Capgemini Engineering Research & Development, the current ongoing QUASAR R&D project, short for Quantum Algorithms for Structural Analysis Research, aims to address specifically this solution for finding the optimal design of the wings of an airplane, where weight optimisation is key to low operating costs and reduced environmental impact.

The wingbox optimisation problem can be summarized in the following 5 step process:

In order to optimise the performance, a thorough analysis and a priori implementation is necessary for the main quantum algorithms (HHL/VQLS and QSVM) in the process. A key element in a hybrid approach is the transmission of information between a classical and a quantum component of the problem.

As of today, hybrid algorithms are relatively underrepresented in the scientific literature even though they are one of the most promising candidates in terms of implementation and applicability. The question whether they can lead to an actual quantum advantage is yet to be definitively answered. Nevertheless, with the current state of the technology, they are the main means of exploitation of more complex quantum algorithms in industrial use cases. Our preliminary investigations and performance analysis on the implementation of the two key quantum algorithm groups have already highlighted some key factors.

An a priori eigenvalue analysis (by means of a Variational Quantum Eigensolver, VQE) allows for a close to optimal parametrization of the Quantum Phase Estimation necessary for the HHL algorithm, thus improving considerably its performance. On the other hand, the VQLS algorithm, albeit being already well optimised, is disappointingly underperforming due to the heavy emphasis on the complex (classical) optimisation steps.

Quantum technologies are developing at a significant rate and are predicted to be a highly disruptive and ultimately beneficial in helping to solve previously intractable problems for industry, including aerospace, and even society. It is our belief that despite the nascent state of the technology, now is the best time:

A Quantum of Intelligent Industry – Mike Dwyer considers the potential impact that the world of quantum computing, sensing and communication could have on our ability to create new intelligent products and services. 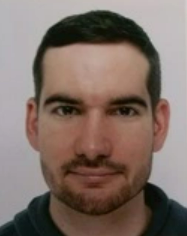 Krisztian is the project lead of a quantum computing project on the R&D Platform of Capgemini Engineering. He has a Ph.D. in mathematical physics, and he is quantum deputy lead in France for the Capgemini Quantum Lab, as well as a global contact point for quantum related matters in the aerospace and defense industries.