The Solar Orbiter space mission, a collaboration between the European Space Agency (ESA) and NASA, recently undertook the second of several gravity-assisted flybys of Venus. Who’d have thought that the same technology used to optimise the fuel-efficiency for Solar Orbiter could be applied to two ambitious runners aiming to run a circuit around all 315 of London’s tube stations?

A rough guide to the tube

On September 21, psychologist and author, Dr Kevin Dutton, and Great British rower, John Collins, will be embarking on an unusual challenge. Put simply, they’re planning to navigate all 315 stations on the London Underground and Docklands Light Railway (DLR) on foot as they warm up for the London Marathon on October 3.

It is going to be rough. Along the way, they’ll get to sleep in parks and other outdoor areas, as well as on friends’ gardens and sofas – when possible. This is all to raise money and awareness for The Running Charity, which uses the fitness and goal-setting mentality of running to build resilience, confidence and self-esteem to improve the lives of 16-25 year-olds who are homeless or at risk of homelessness.

If this challenge sounds ambitious, it’s because it most certainly is. But it is for a very worthy cause.

A space race on the tube map

With the idea firmly in play, Kevin and John turned to Capgemini Engineering for its expertise. The team working on the project would need to calculate the shortest possible route between the stations. The team discovered that to complete the circuit in the twelve-day window Kevin and John had set, they had to consider different roads, the terrain and even the accessible bridges when crisscrossing the iconic Thames.

The optimum point to end would be in Lewisham, which is the closest station to the starting line of the London Marathon. The team found themselves with an incredibly convoluted version of the well known “Travelling Salesman” problem – but with the tube and DLR map!

Given a list of destinations and the distances between them, what is the shortest possible route and best starting point that visits each destination exactly once and ends at a specified location? It’s a common and important problem in theoretical computer science and combinatorial optimization, most easily illustrated in the calculation of flight paths for commercial airlines.

Capgemini Engineering has applied this computational process to a variety of use cases, including helping water companies optimize their distribution flow and helping businesses relocate in a way that’s departmentally and geographically useful and coherent. And of course, the work for the Solar Orbiter was invaluable.

Capgemini Engineering played a crucial role in solving a similar problem for the Solar Orbiter, but with far more variables in play. The design, tuning, simulation and performance of the craft’s attitude & orbit control system (AOCS) algorithms was crucial to ensuring the Orbiter could fly its mission in the most efficient way possible. That meant calculating the best way to use thrusters in order to achieve the force and torque needed for the craft to reach its destination in a way that used the least amount of fuel.

Now, Capgemini Engineering is using this same approach to help Kevin and John optimize their own “flybys” of tube and DLR stations in and around the capital. Perhaps the views may not be quite as spectacular as from space, but we are sure it is likely to be an epic journey nonetheless! We wish them all the very best and will be cheering them on every step of the way. 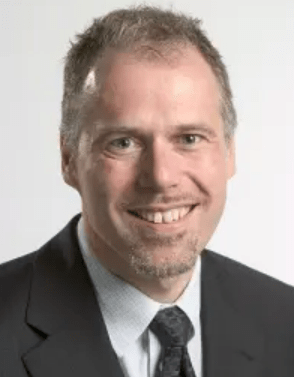 Dr. Dave Dungate is one of Capgemini Engineering’s most senior analytics consultants. Dave has over 30 years of experience in a wide range of mathematical, statistical and algorithmic techniques, with particular expertise in time series analysis, optimal estimation, control and Bayesian methods. Dave has an academic background in Theoretical Physics and Mathematics. In his industrial career, Dave has gained extensive past experience in the space and defence industries, in particular in spacecraft guidance, navigation and control systems, and in radar tracking systems. Dave has also delivered and directed analytics projects across the Life Sciences, Consumer Industries and Energy domains, giving him a wide visibility of analytical techniques across multiple industrial sectors. Leveraging this experience, Dave has also been instrumental in developing our analytics good practice, processes, and governance framework.