It’s been a number of months since my last blog on graph based Christmas puzzles – I hope you enjoyed it, as I certainly had fun writing it.  The reason for my quietness of late isn’t due to a lack of things to say, but rather due to being busy leading and developing a new graph initiative at Capgemini.  I’ve been leading a team of graph experts, data scientists and UX designers to create a new graph-based investigate tool which we’ve code-named Haystack.

Haystack is a graph based investigative platform that leverages the power of graph databases, with advanced visualisations and state-of-the-art graph and machine learning algorithms.  To develop Haystack we teamed-up with our global partner Neo4j to provide the graph database and graph algorithm library.  When developing the UI we teamed-up with another partner (Linkurious) leveraging its powerful Ogma Javascript library.

There are many use cases for Haystack, but as one example, let’s suppose that you are a lead investigator in an insurance fraud team, and you are investigating a ring of individuals suspected of making fraudulent property insurance claims.  By using Haystack, your investigation becomes much smarter, simpler and clearer, with you being able to identify links and relationships you previously didn’t know existed.

With Haystack we have already implemented a number of rich features and tools, including:

1.  A geo mode to view elements of the graph on a map, giving a new perspective to data. In future we plan to add support for annotation layers, such as GeoJSON shapes, and adding the ability to overlay graph data on top of an image such as a blueprint or a floor plan.

3. Advanced filtering capabilities, such as the ability to remove or hide nodes or edges based on a specific property. For example, during a complex investigation you may want to eliminate (ie hide) all addresses where the “Country” property of a node equals “England”.

In addition to these graph capabilities, with Haystack we are developing a solution that can overcome organisational boundaries by allowing users to request external data from inside the application itself.  We want to seamlessly combine local, remote and federated data sources, making the data available either through the virtualisation layer or ingesting it using on-premise or cloud ETL processes.

What are the use cases for Haystack?

There are many use cases to which Haystack could be applied, not just financial fraud detection.  Our Haystack platform (and graphs in general) could be used for any monitoring or investigative use-case.  In fact, it can be used for any use-case where relationships can be defined between the entities of interest.  For example:

With Haystack, we are developing a single solution that empowers investigators, analysts and caseworkers to investigate and evaluate local and federated data for decisive action for almost any use-case, whether it is to detect fraud, or to monitor and manage complex supply chains, or legal and regulatory issues such as GDPR compliance.

If you have any questions, or if you are interested in knowing more about Haystack, please contact me by emailing calum.chalmers@capgemini.com. 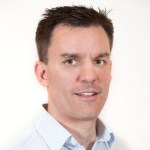 Mind the Gap: How a Space Mission Made The London Metro Marathon Challenge Possible

The Solar Orbiter space mission, a collaboration between the European Space Agency (ESA) and...

Mind the Gap: How a Space Mission Made The London Metro Marathon Challenge Possible
Automation & AI

Mapping attributes of an ethical AI Journey: from concept to full deployment

Thinking about how AI can become less of a one-time experiment and more of a long-term...

Mapping attributes of an ethical AI Journey: from concept to full deployment
Digital

Computer Vision: where it all started and where it is going

Computer Vision is a technology we are using every day, but how was this technology...

Computer Vision: where it all started and where it is going
Show all