For the next article in our “My Positive Future” series, we find out how a team of young professionals worked in Capgemini’s Millennial Garage on a project that harnessed the power of AI and satellite imagery to help conservationists protect the vulnerable Mojave Desert 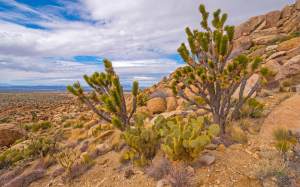 The Mojave Desert in the southwestern United States is a vast landscape combining mountains and dried lake beds, forests, and wildflower fields. It has a rich cultural history, with 12,000-year-old archaeological sites, and it harbors protected species such golden eagles and desert tortoises, as well as its famous Joshua trees, some of which are 900-years old and 30-feet tall. But according to Lukas Agnew, senior consultant at Capgemini’s insights and data practice, this unique environment is under threat.

“Humans are increasingly using the desert for recreation, such as off-road dirt biking,” he says. “While one bike might not cause a problem, over time, real damage is done.” 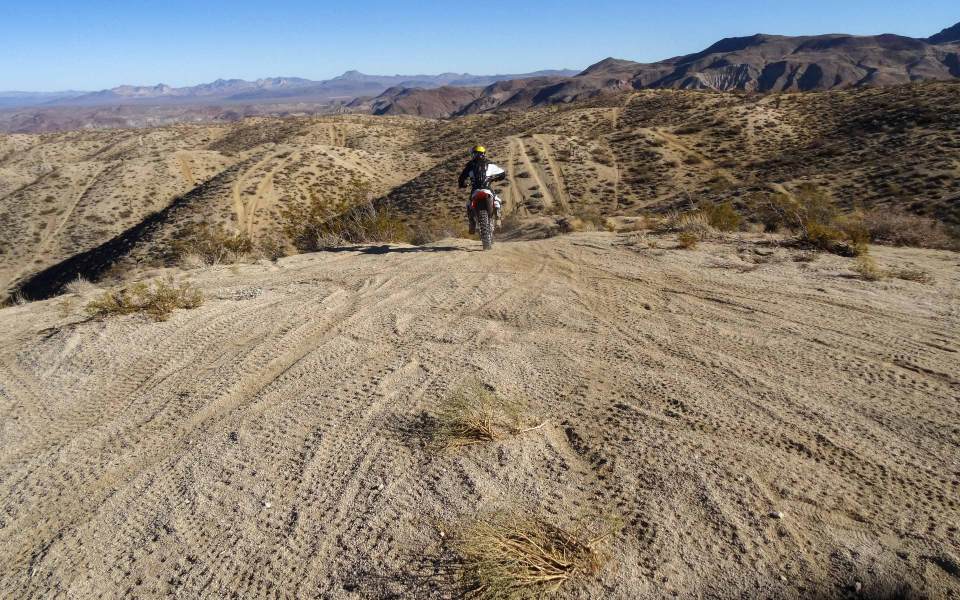 Ecologists refer to this as “death by a thousand cuts” and managing these impacts in territories such as the Mojave Desert – which stretches for more than 124,000 square kilometers – is a major undertaking.

“Locating recreational trails in the Mojave is like searching for a handful of needles in one enormous haystack,” says Lukas.

And yet, when he attended a session at Millennial Garage – a collaborative space within Capgemini that encourages tech professionals to gain experience with innovative technologies and learn business processes – this was the challenge with which he was presented.

“Capgemini was already doing pro-bono work for The Nature Conservancy (TNC) – the global environmental organization that looks after the Mojave Desert – to help solve this problem,” he says. “The existing team was scouting through the Millennial Garage for enthusiastic people who could give their time to work on this new initiative.”

Lukas was eager to get involved and brought on board his colleague Yoonji Choi, consultant, who joined Capgemini at the same time in 2019. “I was really interested in working with a non-profit organization on a sustainability project,” says Yoonji. “Also, my role was different from my usual responsibilities and I was keen to get the extra experience.”

Working with a core team of about six people, with additional help from a group of Capgemini specialists, including Peter Jaumann as subject matter expert and Rajani Yellamanchili as project manager, Lukas and Yoonji helped to create a solution powered by artificial intelligence (AI).

The team built a tool that uses AI and machine learning to study satellite imagery and identify trails created by off-road vehicles. This information is then paired with existing datasets that show the nesting sites of at-risk species or areas of human spiritual significance to guide official interventions and divert harmful leisure activities. 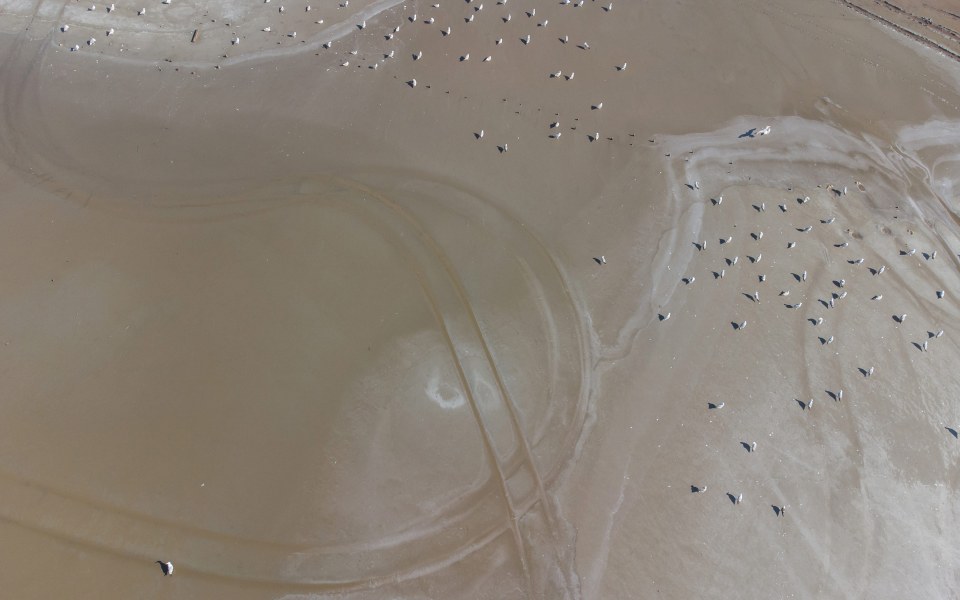 “Tools that can identify roads in satellite imagery already exist,” says Lukas. “Our brief was to design a solution that would refine existing technology and make it effective for identifying really narrow trails, such as those left by a dirt bike.”

The real challenge was to ensure the data outputs were clean enough for TNC to be able to use, he adds. “For instance, we had a tough time designing the algorithm to deal with mountains because, on a satellite image, ridge patterns can resemble trails.”

Lukas is pleased to report the tool is now being used by TNC, and that it could have broader applications. 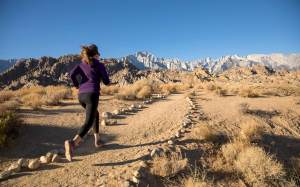 “Our approach could theoretically be applied to other topographies,” he says. “You could swap the desert for a forest, in order to track illegal logging or mining. We think it could even track wildfires, which have been a huge issue across the world this year.”

Yoonji joined Capgemini as a graduate – as did Lukas – and for her, this project connects with her original decision to work for the company. “It’s really why I started a career in IT consulting in the first place,” she says. “I believe technology is the key to solving many of society’s problems.”

This is a sentiment with which Lukas wholeheartedly agrees. “In my view, technology is second only to policy in terms of making a difference in the fight against climate change,” he says. “If we can leverage the interconnectedness offered by tech, we can deliver initiatives to protect the environment quickly and effectively. Also, AI-driven tools like this can inform better policymaking and help groups like TNC make the case for greater environmental protections.” 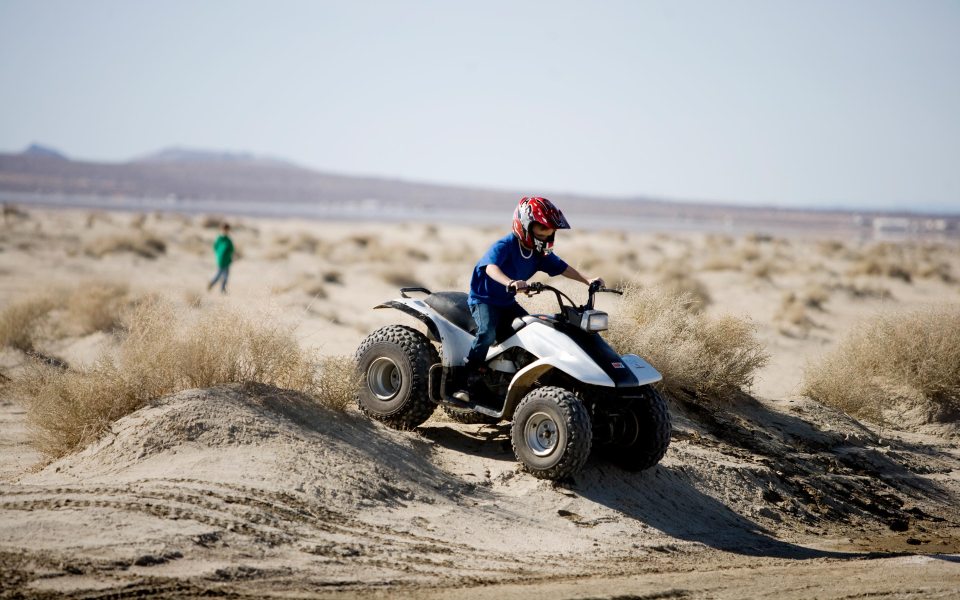 We strongly believe that to make meaningful change happen, we all must play an active part in building a more sustainable world. The success of this project was made possible through the combination of technological innovation and the passion of the team, which clocked up to 2,640 hours of additional pro-bono work on the project.

“We also received some extra funding from Capgemini because it saw how beneficial and impactful this project could be,” says Yoonji.

For Lukas too, Capgemini played a key role in supporting the endeavor. “Many companies talk a lot about sustainability, but Capgemini is actually doing something about it. We were supported all the way, empowering us as young professionals to make sustainability a priority.”

Around the world, thousands of Capgemini data and AI experts are working together as one diverse collective. Through our skills, energy, and drive, we unleash the power of data and AI to build a better future.

AI solutions for an ocean observatory

Innovation and sustainability with seaweed