Our colleagues are working with our charity partners towards an inclusive future in every region. Here, we meet Anne Kjaer Bathel in Germany who worked with Capgemini to expand the digital skills training offered at ReDI, the tech school for refugees that she founded.

“My passion and my ideals originate 100 years ago,” says Anne, founder and managing director of ReDI.

“In the 1920s, my great-grandfather was a pacifist in Germany who printed anti-war material. After being imprisoned, he was forced to flee to Denmark as a refugee. In some respects, I’m only here because the people of Denmark gave my family the chance to live in peace and the opportunity to work.”

Understanding Anne’s life story offers a clue as to why, when she visited a refugee camp in Berlin in 2015, she felt compelled to act.

Teaching a man to fish

“I met a wonderful man called Mohammed. He had a degree in computer science from Baghdad University and really wanted to work in Germany but was worried he would lose his skills because he didn’t have access to a laptop,” says Anne.

Afterwards, she spoke to a friend who said he could train Mohammed and provide a computer. And that’s when the question came up: with 1.2 million refugees arriving in Europe at the time, how could she repay the kindness shown to her great-grandfather?

“I realized these people were in the same position as my family two generations ago. And rather than just “giving a man a fish because he’s hungry,” as the old proverb goes, I knew I wanted to “teach him to fish” instead.” 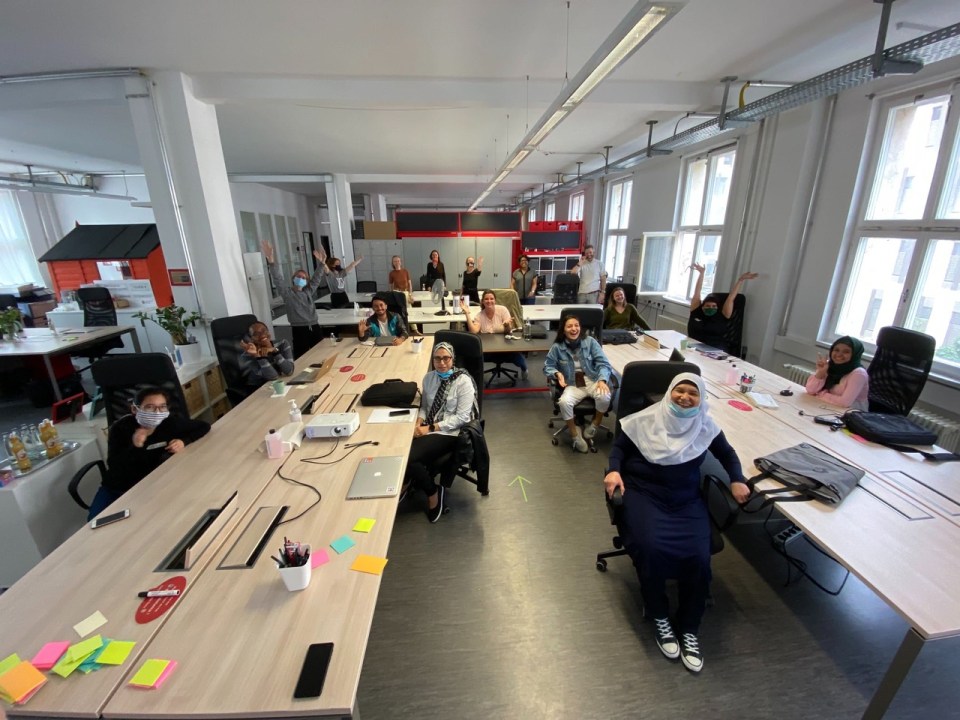 A school for digital skills

That same evening, Anne put a post on Facebook and received 30 offers of help – everything from room space to equipment. “This was how ReDI came into being. Since then, we’ve grown into a tech school where marginalized people can learn the hard and soft skills required to get a job in technology.”

This year alone will see 2,000 students participate in courses at ReDI, which usually involve two evenings of study per week, with some weekend and holiday programs.

Anne is proud of the school’s record in getting people into work. “That’s how we measure our success. Of our graduates, 50% get jobs in the tech industry with 25% finding other forms of employment.” 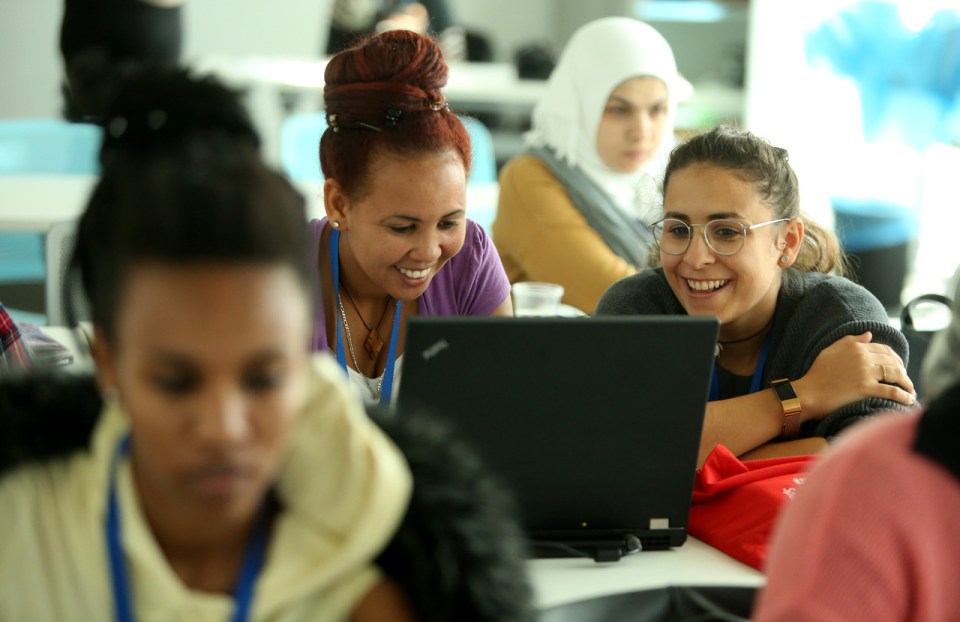 “One of the main reasons for this success rate is that our teachers are all volunteers from the tech industry, and that’s where Capgemini has been so incredibly helpful,” says Anne.

Since 2016, Capgemini employees have volunteered as course tutors, and the company has offered visits and internships to the students – a few graduates have even joined Capgemini.

“Volunteers always say, I came here to give something back, but I left with something more,” says Anne. “They get a renewed sense of perspective, and gain a fresh appreciation for their own lives.” 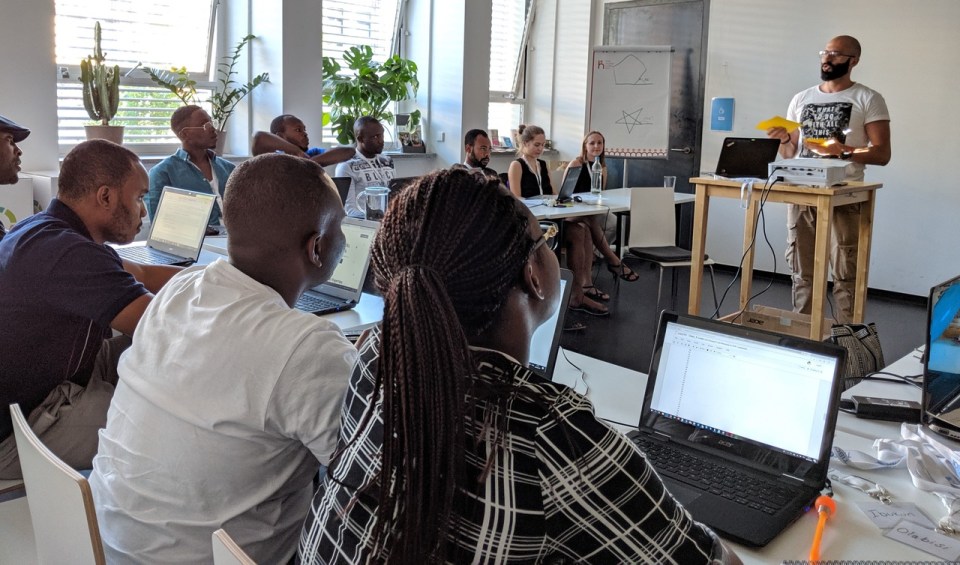 This year’s Social Academy event offered another opportunity for Capgemini to help. The initiative is run by around 30 technology companies with a presence in Berlin and Munich over one week each year, with the aim of empowering and upskilling non-profit organizations on a pro bono basis.

In total, 76 online seminars and one-to-one classes were held, covering a range of topics including online fundraising, internal communications, mobile videography, and the GDPR and contract law.

“As well as installing a digital studio and holding virtual career sessions for our students, Capgemini was able to support our Salesforce implementation, which will be enormously important as we expand,” says Anne. “We are planning an online presence so students in any location can participate, which would be incredible for displaced people worldwide.” 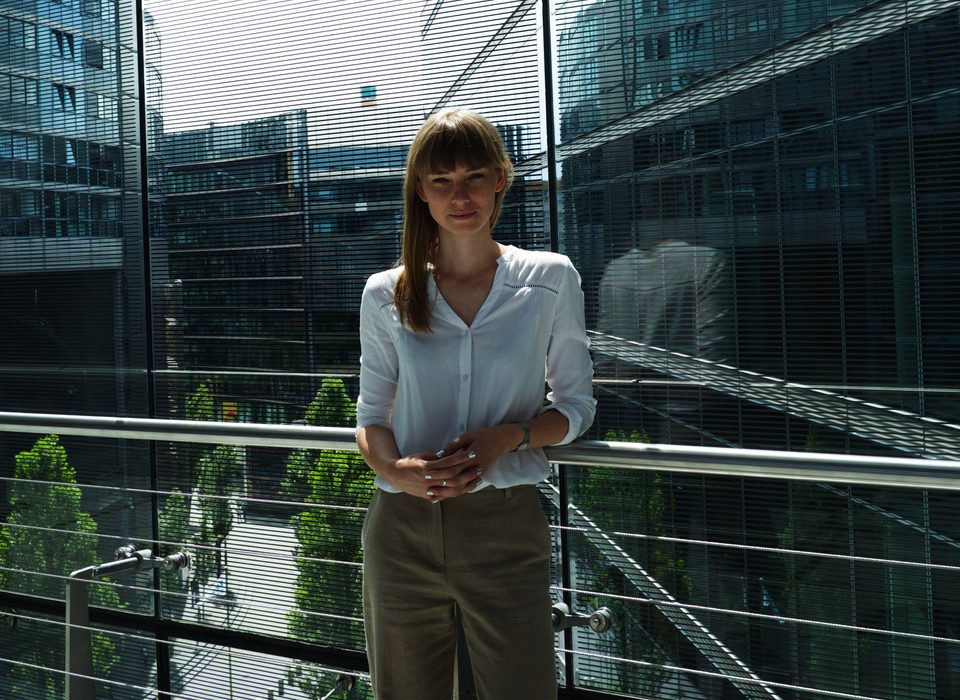 “I come from a very idealistic family and grew up believing you need to create the society you want to be part of,” says Anne. “I would like to thank Capgemini for actively working towards this through a long-term commitment to digital inclusion. It understands that it makes sense as a business, and I wish more organizations would follow its example.”