When it comes to expectations from new-born technologies, it seems that 5G has raised the bar the highest by far. Even though it’s just another networking standard, there is a lot of hype around it. But, why is it the case?

It’s probably because it’s the first 3GPP standard that promises much more than just quick downloads of your favorite shows on Netflix to keep you busy on the tube. It actually taps into large scale, end-to-end IoT solutions, some of which are currently far from reality. In fact, 5G could enable up to 10 times faster throughput, shorter latencies in data transfer, and smaller cells that will improve network coverage.

As a result, the entire range of IoT applications, which require low latencies and high data throughputs, will be enabled – something that is pretty much impossible to achieve with 4G. This will allow consumers to have quicker download speeds, but also many new applications, such as autonomous transport, smart cities, and pretty much anything else IoT-related, to become a reality.

The downside, however, is that 5G is more expensive than 4G for telcos as it will eventually require a much denser and more expensive network infrastructure. This brings up the question – will telcos be able to afford it on their own, and by the way, should they?

Telcos are currently ramping up their efforts to deploy 5G, to paint the picture of its potential. However, for now only this is only on a small scale. Telco vendors, such as Huawei, Nokia and Ericsson, are also flaunting the number of 5G deals they’ve inked, aiming to position themselves as the frontrunners and get themselves onto the telcos’ radars for long-term infrastructure deals.

In Europe, Vodafone is focusing on launching the 5G networks at major transport hubs. It launched them at Manchester Airport and Birmingham Train station. This 5G trial at Manchester Airport includes customer access to a 5G “blast pod” which can be used for super-fast streaming services. This proves that technology seems to be there but still it is limited to consumer use, meaning that real 5G catch would be enabling B2B applications and use cases in transport hubs.

A good example comes from Nokia and Deutsche Telekom, which deployed a 5G network at the Port of Hamburg and enabled network-slicing capabilities. This, in fact, will make it possible to deploy multiple smart applications, ranging from smart port operation automation to intelligent transportation systems within the port.

Another interesting proof of concept comes from European telco giant Telefonica, which showed 5G in action in collaboration with Seat and demonstrated connected car use cases aiming to improve safety of everyday traffic. The demo showed that the car can communicate with road infrastructure (traffic lights and other cars) via C-V2X technology. This enables the traffic light to detect pedestrians at the crossings via thermal camera, process the data via edge computing, and inform drivers about it.

However, even though everyone seems to be riding the 5G wave, they are still just testing the water.

For now, telcos are in the driver’s seat of 5G deployment, but they should not be driving alone as this could be an expensive ride. Instead, the right way forward is innovation enabled by forging closer relationships and partnerships with everyone who can see the value in 5G, from service providers, infrastructure operators to OEMs. In a recent survey by Capgemini Research Institute, we found that 33% of companies have or are considering to apply for their own 5G licenses. Unless telcos turn it into opportunity, this could be a threat as they might see their prospects insource the connectivity.

Taking an ecosystem approach to 5G could help telcos reduce the risk that comes with billion-dollar investments they’ll need to pour into 5G to grow. On the other hand, an ecosystem play could be a win for other industries as well, such as manufacturers, energy providers, etc.

The opportunity side of 5G is huge and puts everyone in a position to finally move up the value chain, especially telcos. They could move from increasingly commoditized connectivity providers closer to higher-valued applications based on IoT, edge, and AI technologies. On the other hand, OEMs could use 5G to streamline their operations on a large scale, or develop new business models with connected products and services.

The timing is right for everyone to put a strategy with innovation at its core in place, which will prioritize development of much needed new business models and which could bring long term value to everyone.

To learn more about how 5G can be used to enable IoT, drive operational efficiency, and develop new connected products, services, and business models, please feel free to connect with me. 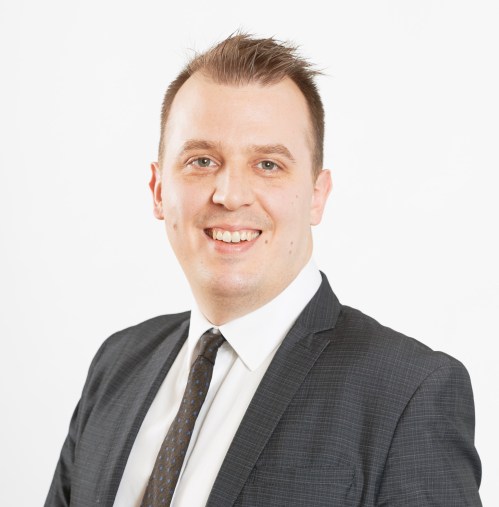 I am a technology strategy consultant specialised in the Internet of Things (IoT), Digital Transformation and Artificial Intelligence (AI). I help senior executives to understand the latest technologies and their ecosystems, identify viable use cases behind them, develop new services and business models, and predict impact of technology on the future business growth.
Before joining Capgemini Invent, I was an industry analyst working at the forefront of technology market, right between technology vendors and technology users. I advised some of the world’s largest technology players in the market on digital go-to-market strategy, competitive positioning and value proposition development. I also helped global manufacturing giants with growing digital ambitions to position themselves as leaders in emerging technology areas such as the Internet of Things and Industry 4.0.
Apart from industry experience I have an academic research background and a PhD in Electronic Engineering. During my PhD I was researching wireless communication protocols and data aggregation mechanisms for vehicle to vehicle communications.