In our previous blog article we examined how online hospitals providing digital healthcare services grew in popularity during the crisis, and how new patient behaviors might influence the future of the healthcare industry, both in China and elsewhere. In this blog post we look how China’s tourism industry is adapting to the effects of the pandemic by innovating new methods to engage customers.

In China, the industry was shut down for over a month. Flights were grounded, attraction sites were closed, and hotels barely maintained minimal operations.

As the pandemic gradually loosens its grip, we look at how the industry is adopting an innovative mindset to getting back to business.

Innovations to win back traveler confidence

Government incentives and massive promotions from within the industry aside, digital innovations are critical to winning back traveler confidence and laying the very foundation for future growth. Three key areas have emerged as leaders of the pack:

The concept of a Smart Tourist Attraction is gaining momentum.

With regulations dictating that outdoor attraction sites can only take 30% of their capacity, measures such as online reservation & payment, self-admission, intelligent tour guides and site monitoring are in use at most sites. Key aspects include:

While physical visitor numbers have been slashed, live streaming for sites has attracted thousands of viewers. Existing online platforms have launched live-streaming products, such as Douyin (Tik-Tok in the Chinese version), which screened a series of live ‘visits’ in April, featuring internet celebrities. And innovating further, one tour took place in space. The episode of ‘space on cloud’ attracted more than 800 thousand viewers.

Elsewhere, other innovative digital and virtual reality solutions are proving a hit with visitors:

OTAs (Online Travel Agency) are also switching from traditional digital solutions, which largely played as an e-commerce platform, to embrace live-streaming as a new way to establish a connection with dwindling tourists.

Use of automation to make no-touch hotels a possibility

Those hotels and resorts in China using the off season to upgrade their facilities and services are taking a close look at no-touch services.

As in China, the global tourism industry will also need to radically reinvent its business models as it comes out of the lockdown. But careful consideration will have to be given to balancing the immediate revival with long-term recovery plans. For example, in an industry defined by its people, what impact will increasing digitalization have on its workforce? The response to this should begin with a well-defined workforce transition strategy to meet the needs of the new digital organization, while ensuring proper dialog in accordance with local regulations.

The accelerated adoption of smart technologies in the short term will need to be supported with a robust long-term digital IT transformation strategy.

Expect also to see companies bolstering their cybersecurity to safeguard customer trust during this sensitive time. But considering the economic impact of the current crisis, where will the investments come from for new tech in an industry whose finances are devasted? Urgent actions will be needed to revive immediate cashflow and also restructure the cost bases to create a flexible model which can support long-term recovery plans. 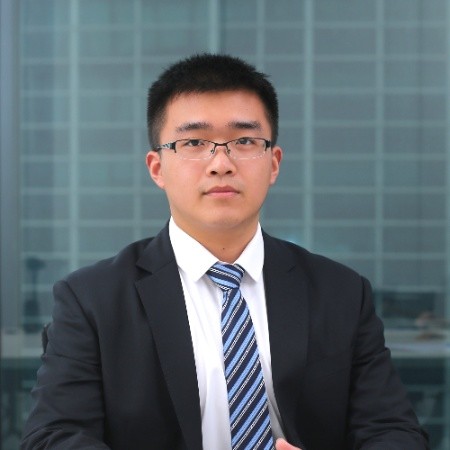