“Competition for AI superiority at national level most likely cause of World War 3 in my opinion.”—Elon Musk

What are the first things that come to mind when someone says the words Artificial Intelligence? A technology that will cause job losses, large-scale economic upheaval and global conflicts, and which poses a threat to the role of humanity in the world? If your main reading is the mainstream media, you’d be excused for thinking so. The coverage in the media has largely focused on the impact on livelihood (jobs and the future of work) and shows a growing negative sentiment (see Figure 1). 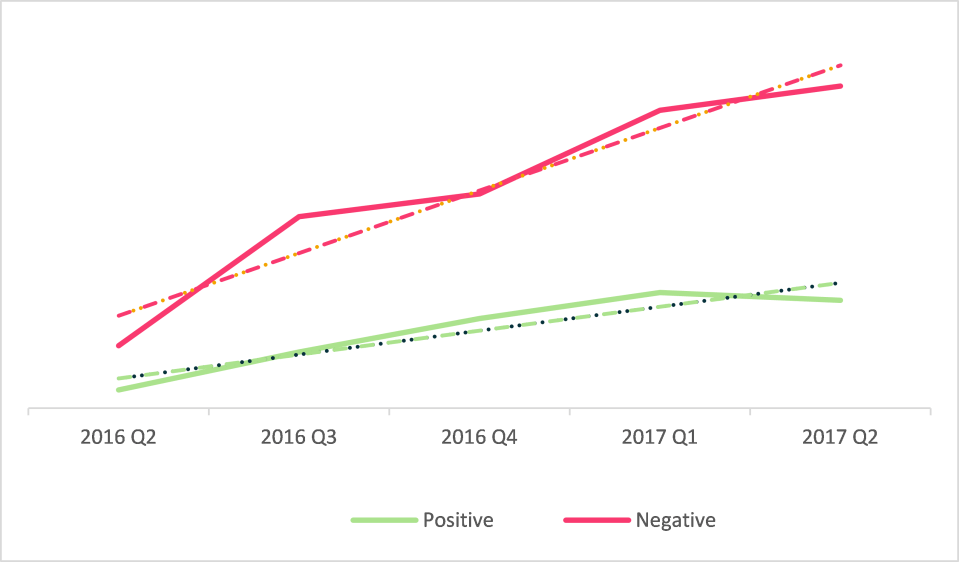 Much of this coverage has been on the back of studies that make predictions about the potentially worrying impact of AI on jobs. A study by two University of Oxford academics found that nearly 47% of all jobs in the US are at risk of being computerized in a decade or two. Against this backdrop, however, it’s important to remember that significant evolutions in automation are a fact of modern economic life. In the US, for example, 80% of the American population were employed in agriculture at the start of the 19th century. But as advances in farming equipment took root from the 1840s, pushing up yields, the amount of people employed on the land dropped steeply over the course of more than a century (see Figure 2).

What does this example teach us? It shows us that technology has always acted as a catalyst for positive improvements in productivity and quality of output, and that it establishes the need for new skills and creates new roles. At the same time, of course, it also shows us that technology advances can cause significant upheavals in how people are employed. However, the balance between positive and more negative connotations shows us that just focusing on the negative is simplistic and leads to irrational, panicked reactions.

In fact, what we found from our research is that AI will have a positive impact for organizations in the short term, at least for large organizations (those with annual revenues of $500 million or more). We found that 4 out of 5 large organizations that are implementing AI initiatives at this time have already created new job roles (see Figure 3). 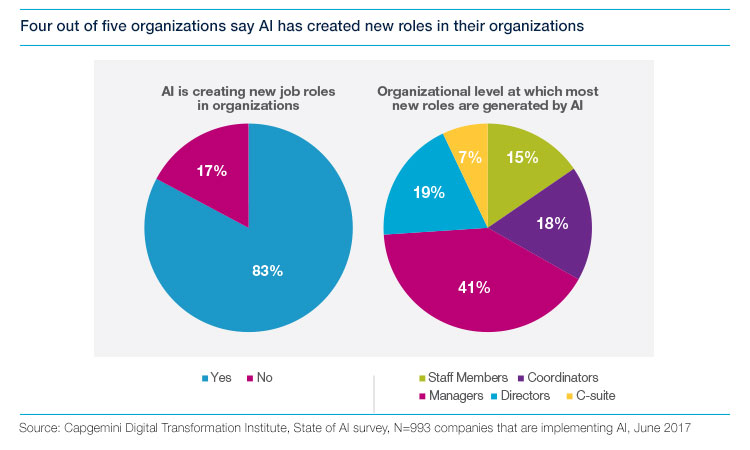 And job creation is not the only benefit to be gained.  Our research—Turning AI into concrete value: the successful implementers’ toolkit —uncovered a wide range of other benefits, and identifies concrete use cases that organizations can use today. For years, AI has always been the technology that was “around the corner.” But today, we are standing squarely in front of the technology and all its opportunities and challenges. With leading businesses already rapidly adopting, non-adoption of artificial intelligence will increasingly be seen as a failing of human intelligence.