I fly for work. A lot. My commute usually involves planes, not trains or cars. In all these years, I haven’t left anything behind on a plane, until a recent family vacation to Orlando when I left my iPad mini in the seatback pocket. Three hours later, when we checked into our hotel room, the iPad-sized in-room safe had me searching for my device. The last thing I remembered was trying to prevent my kids – Thing 1 and Thing 2 – from fighting over it after we landed by tucking it behind the inflight magazine. It worked so well that even I forgot about it! What followed was a great example of how a single aspect of user experience (in this case, customer service) can make or break the overall customer experience. 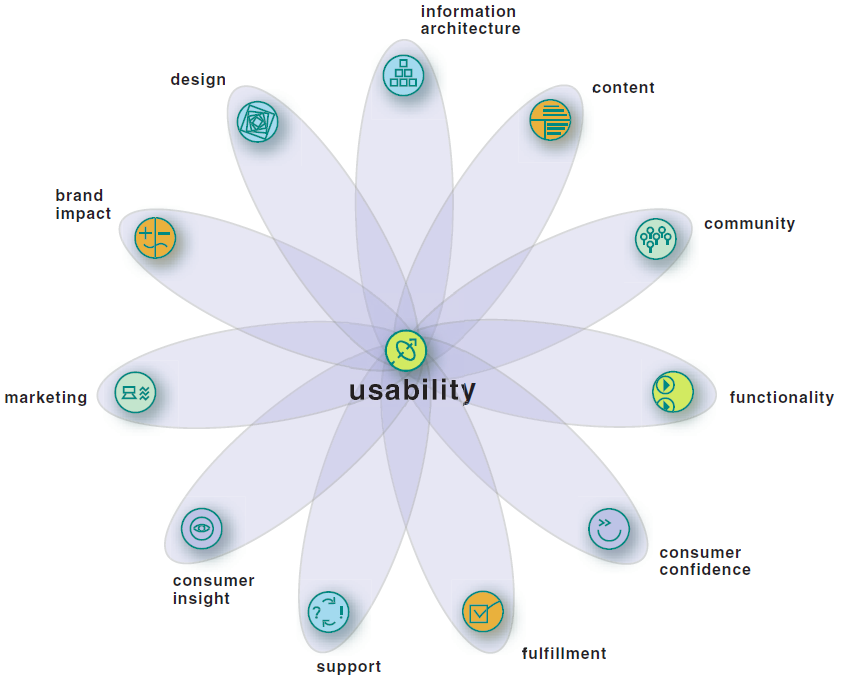 We dissect the online user experience into 12 elements, with support being one of them.

When I realized that I had left my iPad on the plane, the first thing I did was call United Airline’s elite number and explained the situation to a customer service representative (let’s call him Agent #1). He immediately directed me to united.com helped me find the lost item reporting screen. I filled out the thorough online form, which did nothing to calm me down or reassure me. A few minutes later, I received an email confirmation, not from United, but from a third-party company.

Takeaway 1: Design for emotion where appropriate. A simple reassurance through content and tone, along with helpful next steps can be comforting to users.

Takeaway 2: Integrate third party services to provide a unified experience to the customer. That way they won’t get confused by communication from an unknown company (or never see it because it got filtered into the spam folder).

Frantic that this would go into a black hole, I called again, and Agent #2 answered. She empathized, recognized my loyalty to United, and went the extra mile to track where the aircraft was headed (diagonally across the country to San Francisco). She also followed up with the agents at Orlando airport to see if the cleaning crew found anything (no, they hadn’t). With not much else that could be done at this time, she suggested I call SFO when the flight landed, a few hours later.

Takeaway 3: Your customer is a human being – treat them as such, and not just as a metric in your quotas.

I logged on to iCloud’s Find My iPhone and saw that my iPad was offline. I put it into Lost Mode and displayed a message with my mobile number on the lock screen. Thankfully, the iPad was charged, had a data plan, and was not in airplane mode (I had checked my email while taxiing upon landing). The fact that the iPad was offline meant that it was either out of range on the plane, or had been turned off by someone. I kept my fingers crossed, hoping for the former!

Takeaway 4: Provide relevant functionality contextually. When a device is offline in Find My iPhone, users have the ability to request a notification when it comes back online.

The plane was scheduled to land in SFO at 9 pm Pacific (midnight Eastern). While waiting for it to land, I periodically kept checking United’s flight status tracker, until I received an alert from iCloud notifying me that the iPad was back online. As soon as I saw that the iPad was on the runway in SFO, I remotely played a sound on the iPad every few minutes, hoping it was audible enough to get someone’s attention.

After the plane stopped at the gate, I reached Agent #3 through United’s call center, who also followed up with the ground staff at SFO. After a hold that seemed like forever, she came back with good news that the iPad was safe with the gate agent, who would pass it on to the Lost & Found department, and someone from there would contact me.

I received a call from a manager in United’s Lost & Found a few minutes later. He confirmed a few details to confirm it was mine and asked for my hotel address. Noticing that it was way past midnight where I was, he offered to leave a voicemail with the tracking number. If you can’t guess that I stayed up until I received the tracking number, you haven’t been reading me very carefully 🙂

Takeaway 5: Provide customers with status updates or actionable information they can use.

I finally went to bed after 1 am, safe in the knowledge that my iPad would be on its way back. There wouldn’t be a cloud over my head as we hit the theme parks the next morning. When I tracked the package in the morning, I realized that the Lost & Found manager had overnighted the iPad to me and I would have it before I got back from the theme park!

Takeaway 6: Delight customers whenever possible. Overnighting the iPad was the icing on the cake.

This experience with United’s customer support, on the phone and online, did not start off in a comforting manner. However, the employees and the experience they subsequently created led to an overall positive customer experience, one I could not stop talking about for a while. The turning point was clearly when agents did not mechanically follow a script, but treated me as a person and did what they could to help. This was the only time that I mentioned an airline in the same breath as Zappos, a company legendary for its customer support.

The impact of COVID-19 on online grocery shopping
CX

The key challenge for banks before the pandemic was to learn how to collaborate effectively...

More than ever, the time to start your Ecommerce platform is now. When physical stores are...

It’s time to expand your Ecommerce capabilities FAST
Show all