It’s my privilege to post a blog on behalf of my colleague, Wing Lon Ng… 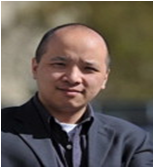 With Web Summit taking place in Dublin this week, I thought it would be interesting to look at the list of speakers to see who is giving talks, what the speakers’ roles are, what companies they represent and how popular those companies are. To do this, we wrote a simple code to scrape the Web Summit web page, get the presenters’ details and then put the company names into the Google Trends App.

Good news is that speakers at the 2015 Web Summit conference are predominantly top-rank members of their organisations, which is great for everyone in Dublin this week; they can be sure that they will hear from top people in some of the hottest digital organisations in Europe, which will no doubt lead to some heated discussions and thought provoking observations.

Over 41% of speakers are representing their companies as “CEO” (37%) or “President” (4%), and 36% are also registered as “Founder” (20%) or “Co-Founder” (16%). Interestingly, a variety of very unique titles related to the sports world can also be found in the list of presenters, such as: “Head of Rugby World Cup”, “Two-time Olympic Gold Medallist”, “Sports Lawyer”, or “2015 Tour de France Winner”, among others (all below 1%) – clearly a sport theme is running through this year’s event! 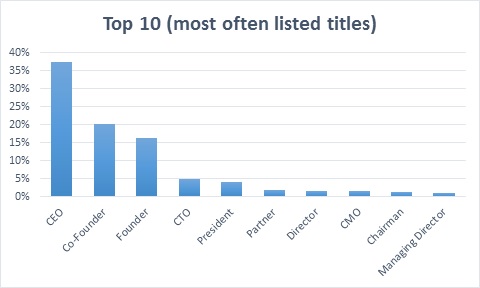 Figure 1: List of the 10 most often mentioned titles of the conference speakers (e.g. 37% of all speakers are registered as “CEO”). Note: Many speakers indicate more than one title, therefore the percentages of all titles do not add up to 100%.

Strongly skewed towards Anglo-Saxon countries, the majority of companies represented at the Web Summit are based in the US (62%), the UK (16%), or in the host country Ireland (4%). It’s rather surprising to see that at an European event the majority of speakers is coming from the US, not from Europe as a whole, implying that innovation in this sector is still mainly driven by the US, and this might continue for a while. A European counterpart to Google, Microsoft, Facebook or one of the other American big players is yet to be found.

Other countries listed are irregularly spread across the globe, with no particular geographical concentration. Clearly, one would not expect every single country to be represented as in the Olympics, but knowing that quite a few of the global players in the IT sector and consumer electronics market are from the Far East, it does come as a surprise that only two speakers from Japan are participating, and no South Korean based company was listed. 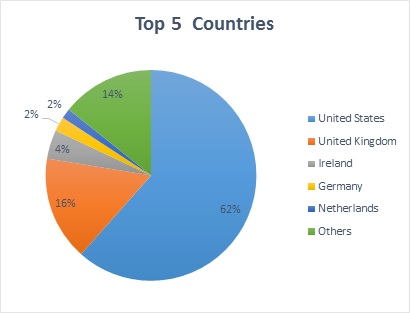 Figure 2: Breakdown of top 5 most listed countries (e.g. 62% of all speakers indicated United States as their country). In total, 30 different countries were listed.

A noticeable fact emerging form the list of speakers is the evident gender imbalance. In total, about only one in five speakers (18%) are female. When considering the top five participating countries or the top ten most listed titles, the female-male ratio is even more biased. For example, the gender gap in top company positions is wider than the average, with only 1 in 8 CEOs or (Co-)Founders being female. 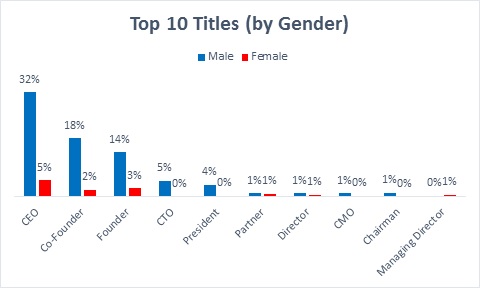 Figure 3: List of top ten most often mentioned titles, with breakdown by gender (e.g. 32% of all speakers are male CEOs, and 5% are female CEOs). Note: Many speakers indicate more than one title, therefore the percentages of all titles do not add up to 100%. 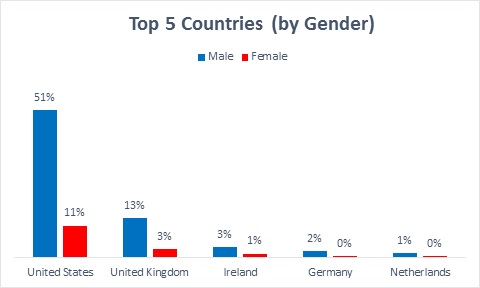 Although the majority of companies attending the Web Summit are start-ups, these findings are actually in line with the general IT sector-wide phenomenon where established IT companies are reporting a lack of gender diversity, possibly missing out on female talent in the technology sector in general or even suffering from skills shortage. Despite all the initiatives run to address that imbalance over the years, it looks like it’s still a long way to go.

Good news is that even the Web Summit organisers want to address this issue of gender imbalance and plan to issue free tickets for female participants. In her Commitment to Change blog, Sinead Murphy wrote: “As part of an initiative we’re running to even the gender ratio at our events, we’re giving 10,000 complimentary tickets to our events to women in the tech industry across the world – we hope that it will, in some small way, contribute to solving the problem.” That’s great news for my female colleagues, especially that the next Web Summit in 2016 is in Lisbon!

Who is Google-trending and where?

Although the majority of speakers and organisations represented at the Web Summit are from the United States, it is well-known that companies from the IT sector rarely only target the home market with their products but rather aim for wider dissemination at international if not global scale. To find out which companies are “sought after” in which geographical region, we inserted the name of each company in the Google Trends App and recorded and counted the names of the countries appearing as “Top Region” for the trend searches. 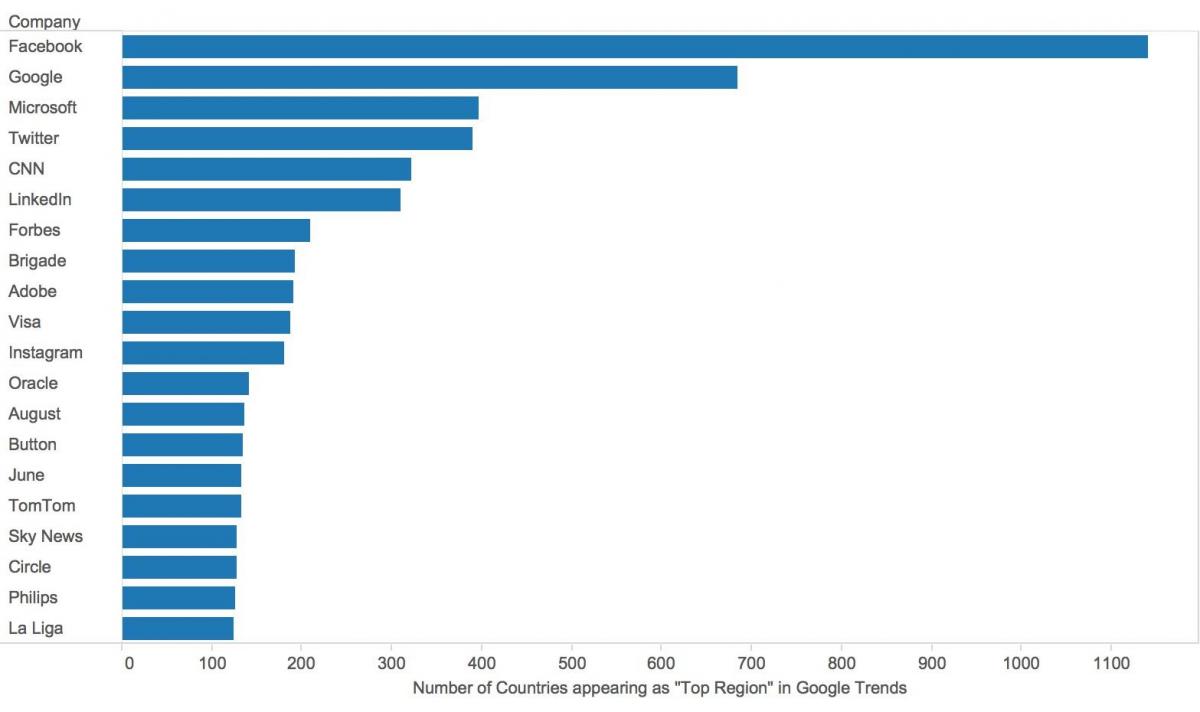 Figure 5: Top 20 companies in terms of numbers of countries appearing as “Top Region” in Google Trends.

Figure 5 lists the top 20 companies who have the highest numbers of “Top Regions” google-searching for the company’s name. As expected, almost all of the shown companies are well established high profile brands like Facebook, Google, or Microsoft, all with a world-wide popularity.

Figure 6 compares and visualises the stark contrast between the numbers and locations of the countries where the companies are based (top panel) and where they are Google-trending (bottom panel). As shown, European and Asian countries are most often listed as “Top Regions”, implying a strong interest from these regions in the companies attending the Web Summit. Surprisingly, however, countries in other regions that are less well known for dominance in the IT sector also appear to express strong trending patterns. For example , certain regions in the Middle East and South America (and to a lesser extend also Africa and Central America) seem to be particularly keen to google-search for the companies (although none of the latter attending the 2015 Web Summit are based in these countries).

A: Where are the companies attending the Web Summit based? 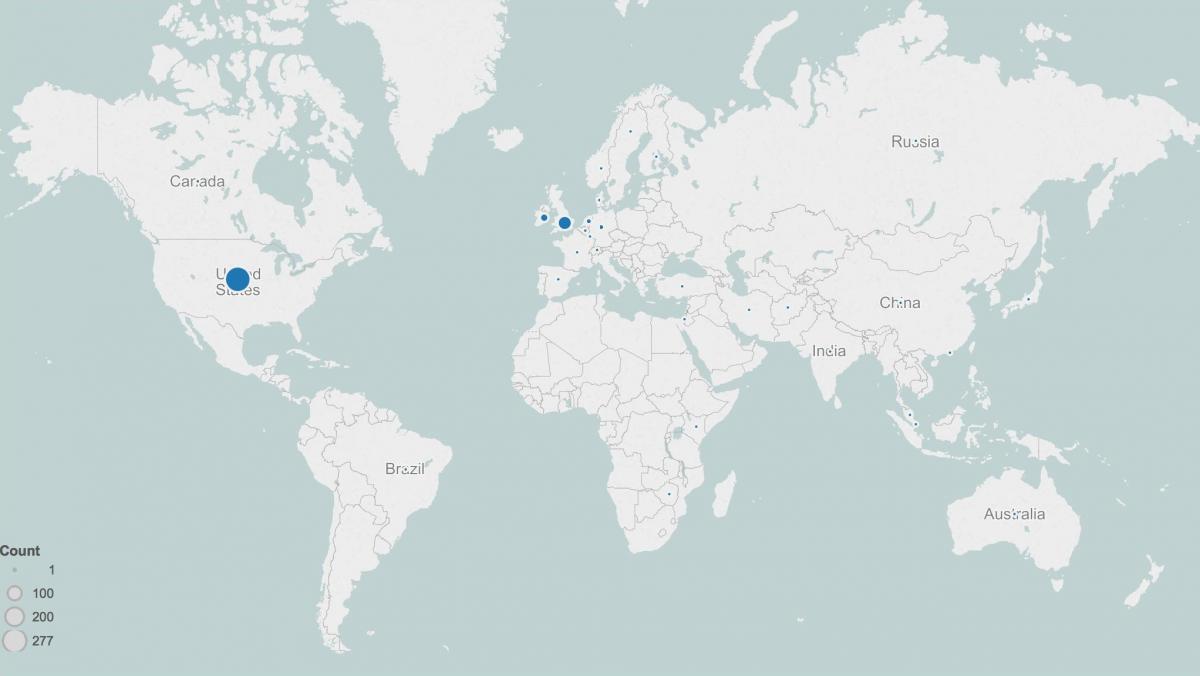 B: Which are the Top Regions searching for the companies attending the Web Summit? 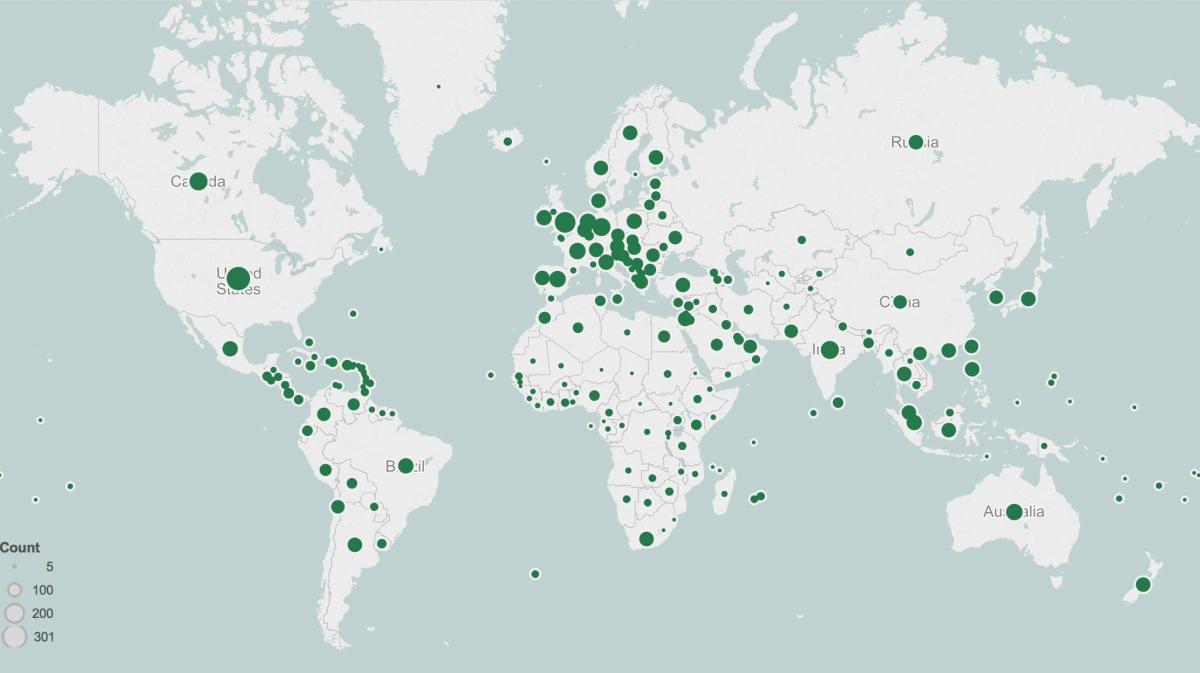 Figure 6: The map in the top panel A indicates the base locations of the companies attending the Web Summit, while the bottom panel B indicates the countries appearing as “Top Regions” in Google Trends searches for the corresponding company. In both maps, the size of the circle indicates the frequency.

Sadly, the Web Summit website did not reveal more information about the speakers and their companies. In particular, it would be interesting to see how much funding have the companies received in the past and from which investors, and how long it took them to go public (e.g. Facebook) or to be bought or merged with another company (e.g. Instagram). This information can be obtained from other sources (e.g. AngelList valuations), but unfortunately only for a subset of companies where the financial backups are known.

Had Web Summit existed twenty years ago, it would be hard to imagine that anyone at that time would be convinced by a business model that aims to earn money by placing ads in so-called “search engines” for the so-called “internet” that most people have never heard of, as opposed to traditional outlets. Knowing that some of the former start-ups now stand at the top, it would be interesting which of today’s companies present at the Web Summit will make it to the real summit one day.

Sparking the data science of optimization

Trade promotion optimization is maturing and becoming a necessity for promotion planning. As...

Sparking the data science of optimization
Show all