Wearable devices are the latest trend in the Information technology industry.  This area has seen a rise since 2010 and as per latest study it will be worth19-20 Billion US Dollars by 2018.

Wearable devices are touching all aspects of consumers which include health, fitness, banking, retail etc. and will see growing trend as the world is moving towards connected devices. 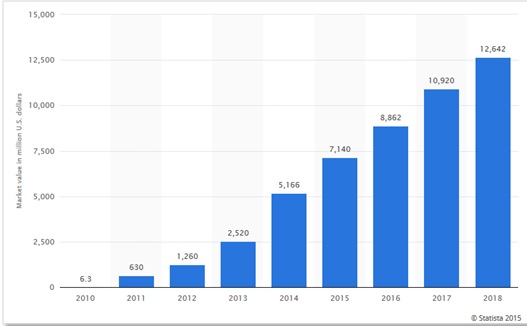 Based on the customer shift to connected devices companies are moving towards this market to ensure they catch up with this hype, we have seen the surge of this connected devices in some of the sectors like glasses ( Google glasses)  and watches (Apple watch and Samsung Watch connected to Samsung mobiles)  companies are not only focusing on watches; glasses but also introducing the same in footwear, clothes, contact lenses, ring, bracelets  and also  being used to help people with visual disabilities. 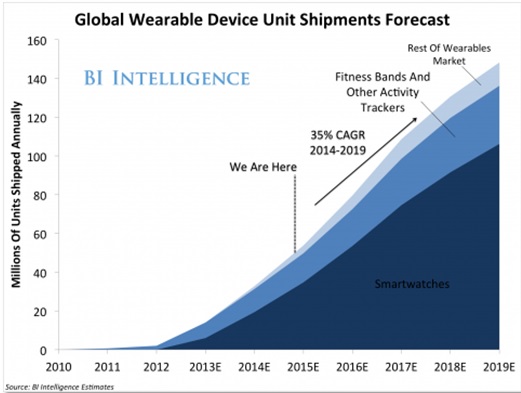 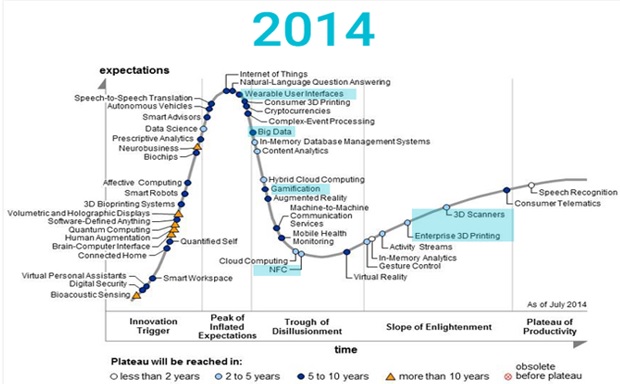 What I feel is also that  organizations are aiming to move  closer to the customers by means of the wearable/connected  devices; organizations want to understand various consumer behavior  may be on usage , trends etc. customer data /inputs is becoming critical in the growth of organizations.

Below are some of the industries which have been successful in doing the same.

Pharma: Consumers have started using the wearable devices to tracking blood pressure, checking diabetes, and heart and pulse rate. Wearable’s are ensuring that the patients are able to monitor and manage their personal health and Pharma companies which were earlier averse to this concept has understood that wearable devices can be a source of data with regards health conditions, use of big data will aid in translating this data that is being collected to real time and meaningful insights to the patients on health conditions and the actions that they would need to take based on the same.

Wearable devices have seen growth in Pharma and Fitness space mainly due to high growth in fitness conscious consumers, who are mainly using it for monitoring their health and fitness regime on day to day basis, Currently valued at $320m, the health and fitness wearable’s market is set to grow nearly six times in four years, these spends gives new scope to the IT Industry and developers.

Example: A Google Glass app called MedicAR is being used during surgical procedures to show students what is happening in real time. Essentially a live streaming demonstration of any operation,
the app is being used to monitor and encourage best practice, while also helping teach the surgeons of the future.

Sports: Fitness and Health Bands have been a very big contributor to the growth of wearable’s industry, in today’s tech world wearable devices is more of essential than a luxury. We are seeing wearable devices worn on wrists, as ear plugs, even shoes have sensors that track the running or walking of the users as per study the wearable’s will grow to 50 billion by 2020 mostly the same will be contributed by the sports industry as there is increased trend in sports professionals in using wearable devices.

Example: Smart watches and fitness trackers like Basis Peak that deliver real-time measurement of metrics from heart rate to skin temperature to perspiration. Combined with insights gained through data analysis on performance and quality of sleep, athletes can track everything from calories burned to sleep quality to improve their training, workouts and overall well-being.

Another Example which is used in recent times, the unique integrated Heart Rate Monitor of dive computers used during scuba diving which senses the effort, incorporates it into the workload calculation and then adapts the decompression algorithm.

As per international data corporation wearable devices will see exponential growth to the tune of 483-500% worldwide by 2018, this will be mainly due to the devices becoming easily available and more personalized.

There is a huge opportunity for wearable devices as only 11% of Mobile users are using wearable devices, according to analysts 230 Million wearable’s will be manufactured this will bring in a huge collection of data about our surroundings, our habits and this data will help organization bring insights into information that was not available earlier.

The above data will feed into the rise of technology drivers like Big Data and Data Science, A new concept that comes to rise is called the Digital Self, where in all information of the wearable user is available on the fingertips of organizations.

However there is also huge information risk that is coming into foray due to this Data of users being collected and companies have to face challenges on both privacy and security concerns. Data gathered by these devices can lead to fraud, identity theft and other crimes.


What’s next in the wearable devices space?

With the increase in Sensors miniaturization the wearable devices seen something that was not seen earlier and this will drive the new wearable’s to arrive in the market some of the areas where we can see the wearable are ID Cards, Boarding pass etc.

As per study by 2020 there will be more than 24 billion devices connected and this gives a huge potential to the IT vendors to en-cash on this latest technology trend that is gripping the world.

As per me IT vendors should work along with the industry to catch up on the digital wave, emerging technologies like IOT, Cloud, Big Data and Data Science will be playing a very critical role in the growth of the wearable devices.

How to liberate your legacy applications to unleash powerful, agile next-gen apps
Applications