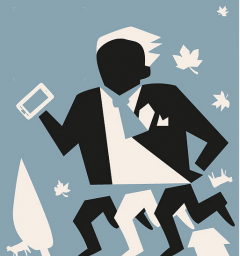 With their country’s small population and geographic isolation, Australians are fans of crowdsourcing, which lets them work with millions worldwide. “We’re the world leaders. It’s our future,” says Ross Dawson, co-author, with  Steve Bynghall, of Getting Results From Crowds (Advanced Human Technologies, 2011). If he’s right, it would be the result of a strange mix of cultural and geographic accidents and adaptations.

The ‘accidents” are the result of a handful of Australian entrepreneurs who hit the market while it was still developing.  Matt Barrie studied at Stanford and launched two or three startups; after that, he bought a Swedish startup that held problems and promise. He restructured the site and relaunched it as Freelancer.com. It was a huge success.

“We have 3.4 million users,” he says at his office in the port of Sydney. “More than 1.5 million projects have been completed, and we’ve paid out 125 million dollars (95 million Euros) to freelancers. They’re growing in quality and sophistication, working on projects in areas like biotech, aerospace and quantum mechanics.”

The future of work.

Forty percent of the projects originate in the U.S, 10% from the U.K., 7% from India, 5% from Australia and 4% from Canada. On the freelancing side, 34% of freelancers come from India, followed by Pakistan, Bangladesh, the Philippines, China and Romania. “We create relationships between western and third-world entrepreneurs,” Barrie says. The site’s most successful freelancer earns one million dollars a year and employs 80.

DesignCrowd.com is a similar site geared towards designers. More than 70,000 designers use the service. Clients advertise the projects they need done, and the price they’re willing to pay. They receive hundreds of proposals, select the ones they like, ask for changes, and suggest collaborations until achieving the desired result. More collaboration is possible than with Freelancer.

The third heavyweight, Kaggle.com, specializes in competitions for processing scientific data and predictive modeling. Institutions and enterprises post their data and problems, and mathematicians and statisticians around the world compete to solve them. At the end of the process, the party that launched the competition “pays prize money in exchange for the intellectual property behind the winning model,” according to the site.

These three companies use crowdsourcing in different ways. But the key, according to  Dawson, is “putting a lot of brains to work.” He writes in his book that Freelancer.com is “more than a marketplace where buyers and sellers find that aggregating many contributions helps obtain a collective result.” It’s also one of the solutions standing the best chance of disrupting the future of work. Dawson is convinced that “nearly everything not depending on physical contact, like massage or hair styling, can be done without thinking about distance.”

It’s because of this that outsourcing has been so successful in Australia. “We have a global perspective that comes from our isolation,” Dawson says, adding “a sensitivity to cultural differences ” that stem from “affinities with Europe and the United States, as well as from a large Asian population.” This is beneficial for crowdsourcing. The participation of thousands of people from different countries creates a complex  relationship process. The more people there are, the stronger it is.”