I’m joking, obviously, but this makes me happy nonetheless. The value of my investigation/reportage into innovation off the beaten path has just been confirmed by three publications.

The cover of this week’s Economist is dedicated to “Africa Rising.” According to the article, after “decades of slow growth, Africa has a real chance to follow in the footsteps of Asia.” 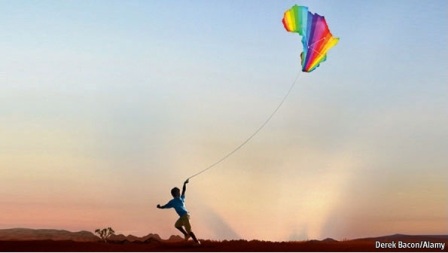 In a special report in Tuesday’s Sciences supplement on The Future of Computing, the New York Times affirms that “the world of innovation is undergoing seismic shifts, and the future will looks less like Silicon Valley than China or Africa.”

Foreign Policy goes so far as gather the same people Winch 5 talked to. In its gallery of 100 “global thinkers,” published this week, the magazine selected Herman Chinery-Hesse, who cites Bright Simmons’ mPedigree as today’s “best idea.”  Simmons told me that “If Steve Jobs had been African, he would have been a social entrepreneur.” (In French).

Conclusion: I’m on the right path, and I’ll keep following it.

One bit of good news leading to another: three weeks after the surgery on my Achilles tendon, I am finally able to walk again … with crutches. Real progress. So I’m intending to recommence my trip around January 15th.  Are you in?

Four characteristics of an adaptive marketing organization
Show all