A decade ago, Marc Andreessen wrote an op-ed in which he declared that “software is eating the world.” Today, that’s still true. Organizations are still undertaking digital transformations and making software an increasingly core part of how they find, win, and keep customers.

We pay a lot of attention to what top talent is doing, from the best new graduates to seasoned engineers. Around 7‒10 years ago, we saw them heading toward Bitcoin and other cryptocurrencies and, since then, we’ve probably had four waves of price inflation and crashes, but each one of those cycles has pulled the median activity up. So, we take crypto very seriously. There are many reasons why companies should pay attention. Let me illustrate them with a couple of examples. Take Helium. Helium is the first major decentralized challenger to building a wireless network. It operates the Decentralized Machine Network, a community owned and operated computer network for IoT devices, and just launched its second network, Helium 5G. It’s about building a network on the back of peer-to-peer cooperation, and crypto enables this through a token-based model.

Another good example is in understanding how Web2 works. We know that tech giants are extracting a high price for all content creators who participate in the network. So, if I’m doing a Google search, I’m the product: Google gets to monetize me. But it’s my identity, my digital trail, and my search history that generate economic value. How much do I make from that? Nothing. Spruce is a great example of a service that is enabling individuals to own their own identities, rather than giving all that power to Google and Meta, who then generate the profits. Spruce allows individuals to connect to Web2 and Web3 applications and control their digital identities directly using their wallet keys, instead of through an intermediary.

To us, the metaverse is a way of saying we’re going to keep on pushing the Internet along a couple of dimensions: social and immersive. Twitter/Facebook made the Internet more social and TikTok made it more immersive. It is going to feel more and more like reality, whether you’re working on a digital twin or playing in a fanciful virtual world. And the technologies that will make this real are getting there. It will continue to be decentralized and open. We will go through multiple metaverses – some owned by the gatekeepers and some built on Web3.

To give you a real-world example, we invested in a company called Nobell Foods. The company uses synthetic biology to make a protein that’s found in milk and will convince E. Coli to manufacture it at scale. It is chemically identical to protein in cow’s milk. Another very interesting startup is Asimov. What if we could program biology in the same way that we program computers? Asimov is applying software concepts and many aspects of the electronic design automation (EDA) toolchain to engineer living cells. They’re making the engineering of biology follow the same workflow of engineering as a computer chip.

What are your recommendations to large organizations that want to keep up with these tech developments?

If you’re at a large organization and you’re trying to figure out how to be innovative, you have the traditional choice: build or buy. If you go down the build path, then you need to reward risk-taking and accept failure, which, as we have discussed, is very tough for an operating company. If you want to buy, then you must figure out what to buy and how to integrate it to enhance innovation, while hanging on to your existing talent.

There’s a lot of ways to do this unsuccessfully. If you’re committed to this path, then my advice is – please don’t love your acquisitions to death. You have to understand what you are actually getting. Are you getting a product? Or a technology? Or a route to market? You have to recognize which stage you are at and nurture the acquisition accordingly. 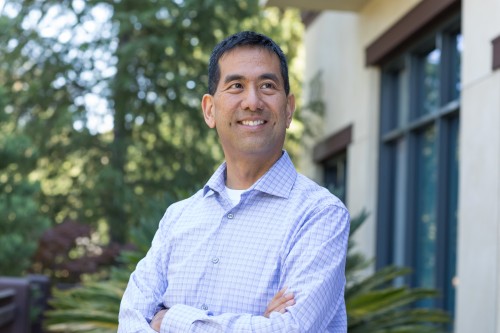