“Please consider the environment before taking a printout.” This is one of the most prevalent messages attached to many email signatures. While such awareness initiatives may have cut down paper consumption, the amount of digital data generation continues to grow exponentially and not many people are too worried about it yet. This is where Green IT – the practice of environmentally sustainable computing – can make a difference.

Green IT, by definition, is an umbrella term referring to design, usage and disposal of computer hardware, information technologies, software applications, and accompanying business processes which are most suitable for ecological sustainability.

In recent times, the cost of storage has significantly come down due to proliferation of cloud-based technologies, consequently it has propelled digital natives as well as organisations to generate and save ever-increasing amounts of data. Unfortunately, a major portion of the electricity which powers cloud and other data centres is still generated by burning fossil fuels.

Energy consumption from usage of digital technologies has surpassed the aerospace industry in terms of carbon emissions. While aviation’s share of global CO2 emissions is estimated to be around 2.5%, the share of digital technologies in global green-house gas emissions has increased from 2.5% to 3.7% since 20131. If the IT sector was considered a country, it would rank 3rd in terms of electricity consumption in the world (after China and USA).

Furthermore, proliferation of Artificial Intelligence (AI) technologies will worsen the energy consumption dynamic. According to a University of Massachusetts study2, training a model for natural-language processing (NLP) – the area which helps virtual assistants like Siri and Alexa – can emit as much as 626,155 lbs of CO2. This is equivalent to flying 125 roundtrips between New York and Beijing. Here’s another example: watching a 30-minute show on high-definition TV would result in the same carbon emissions as those from driving almost four miles.

Does that mean we should drastically reduce usage of smartphones and other digital devices? It is not practical to hope so in today’s ultra-connected world. However, there is certainly scope to reduce the carbon footprints of our digital life. 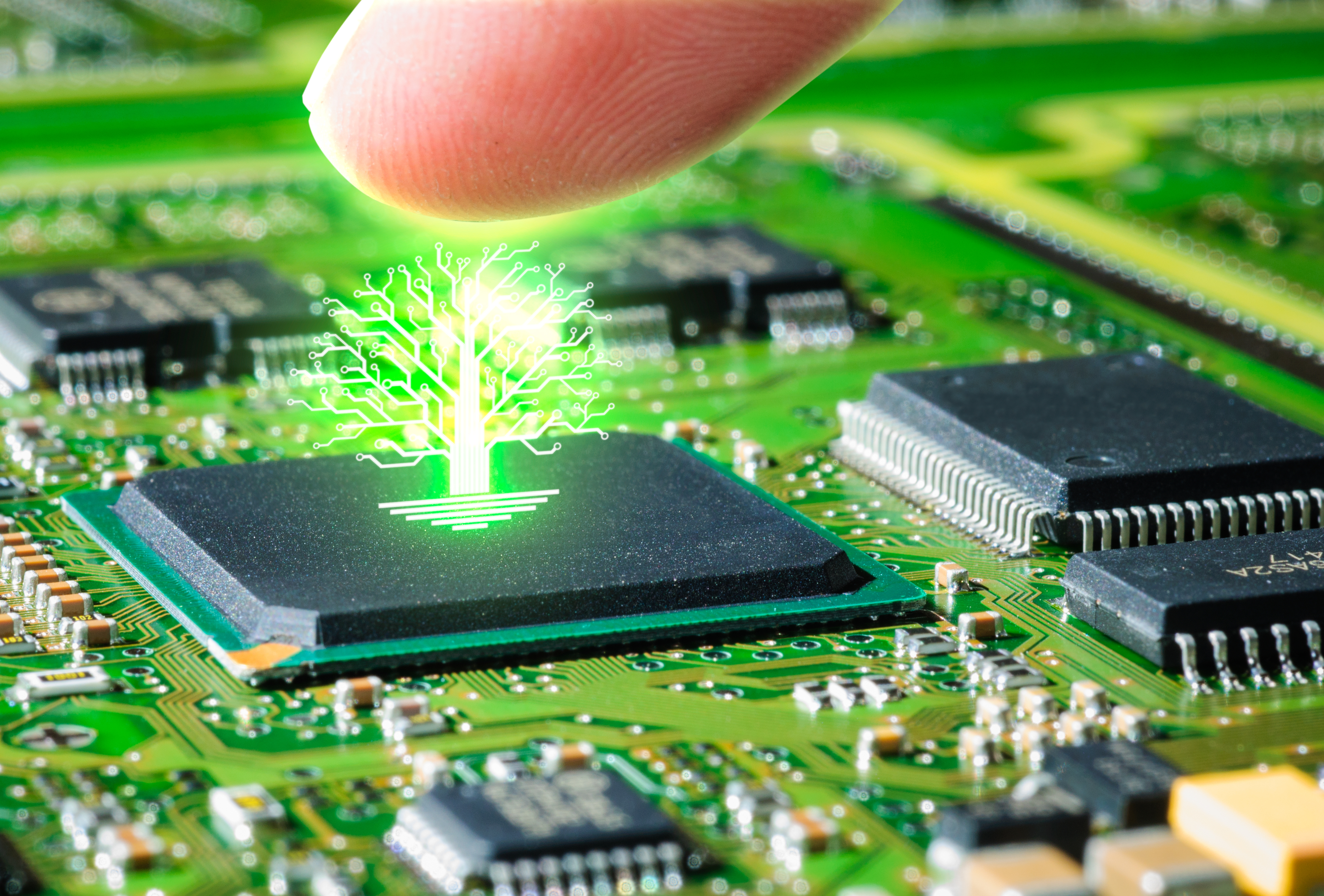 In the future, taking progressive action on decarbonization could become critical for consumer-facing (B2C) companies as concerns on environmental sustainability increase manifold with each passing year. Consumers, especially millennials, increasingly want brands to embrace purpose and sustainability. Therefore, companies need to identify how they can reduce negative impact on the environment i.e. move towards Green IT.

The technology universe is vast. It stretches from equipment (Mobile, PC, laptop, server) manufacturers to operating systems providers, from application developers to networking and communication manufacturers, and from e-commerce platforms to a vast ecosystem of IT service providers. As of today, there is no comprehensive regulation to mandate how green a technology company should be. On similar lines as the automobile industry’s Euro 6 and BS6 emission norms or the energy rating in stars on electrical appliances, could there be a green rating for technology companies?

In the future, governments can look at bringing legislations mandating technology companies to bring down levels of carbon emissions. Regulations could be related to restriction in production processes such as prohibiting the usage of certain material or compounds. Governments can also leverage other legal instruments like ecolabeling, certification and mandatory declaration of information to consumers.

From the consumer’s perspective, while the current concerns about technology usage revolve around data privacy issues, the next big thing could be carbon footprints of technology companies. In the future, will we decide on our next online streaming subscription basis the platform’s carbon footprint? Possibly yes!

Sensing the increasing stakeholders’ awareness in this area, the top three cloud providers – Amazon AWS, Google Cloud and Microsoft AZURE who control about two thirds of the market – have started reducing the carbon footprint of their data centers. They are doing so either by powering the data centers through renewable energy sources or by purchasing renewable energy credits (RECs). Moreover, machine learning algorithms are being tested to tweak cooling at data centres in sync with changing weather patterns, to attain more energy efficiency.  In 2016, Google announced that the firm’s research arm DeepMind3 was able to reduce the energy used for cooling its data centres to the tune of 40%. Microsoft4 CEO Satya Nadella has recently announced his organization’s goal to become carbon negative by 2030.

Companies have traditionally been concerned about the higher cost of going green, but with rapid evolution in modern green technologies, the cost dynamics are becoming favourable for scaled operations. These technologies are making key business processes like production, supply chain and distribution not only ecologically sustainable but also cost-effective. This transition is not going to be easy. We cannot overlook the existence of many legacy systems used by a majority of companies across the planet. Most of these systems have old hardware which were built with power-intensive designs. Even today organisations are reluctant to replace many of these mission-critical legacy systems because of associated costs and business risks.

To sum up, despite these concerns, Green IT can be looked as an opportunity to create a sustainable difference by profoundly transforming technology value chain activities. Additionally, some new business models in circular economy can also be tested and developed.  When marketed properly, Green IT initiatives have tremendous potential for a tech company to create a positive brand image amongst its stakeholders in society.

What remains to be seen is whether this change will be propelled by businesses themselves (e.g. Microsoft) or will it be forced by consumers’ outrage (e.g. data privacy). The future is unclear, but let’s hope it’s greener on the other side!

For any queries, feel free to reach out to me.

This blog has been co-authored by Avishek Mukhopadhyay

Earth Overshoot Day 2020: What it tells us about what we need to do
ADMnext

How to create a Green IT virtuous circle

An eAPM deployment gives an organization a single, comprehensive repository of data about its...

How to create a Green IT virtuous circle
Show all