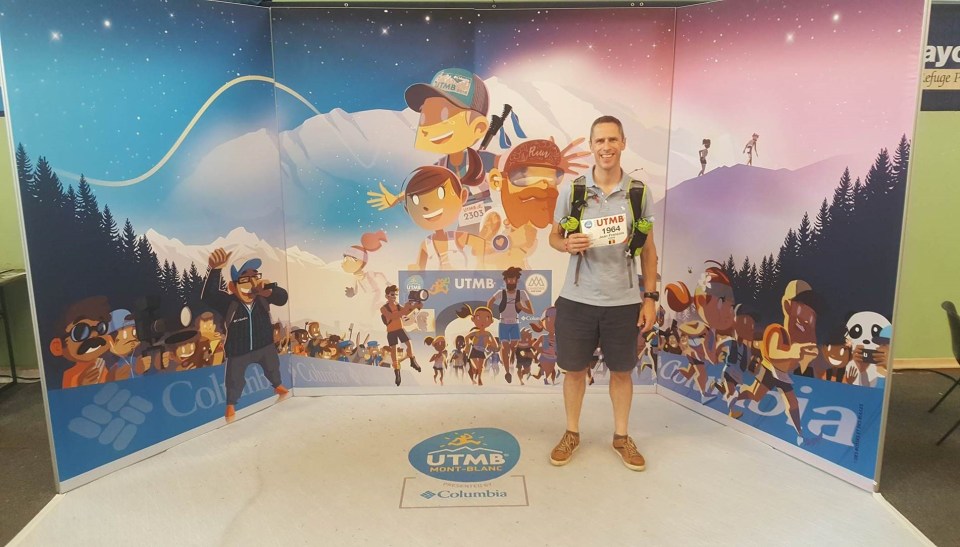 “It was a great feeling to finally conquer the 172 km prestigious trail running race in the world. Along with me were over 2500 runners who battled the highest mountain in the Alps, shifting weather conditions, brutal elevation and adrenalin pumping adventure trails,” he says.

Jean-François started running in 2013 to support his brother who was a long-distance athlete. But soon the hobby became a passion and he started to seriously prepare for marathons and cross country runs.

“Running gives me an amazing sense of freedom and connection with nature. The Mont Blanc trail always held that fascination for me and I started my serious preparation by 2019.” says Jean-François

UTMB which started in 2003 is one of the most popular ultra-marathon events of all. The course follows one of the picturesque long-distance walks in Europe which traditionally takes 11 days. Professionals circle the Mont Blanc Massif in 20 hours. The course runs through three countries, France, Italy and Switzerland and one can encounter all the adrenalin pumping obstacles of a mountain range.

Jean-François completed UTMB in 41 hours and 15 minutes. He started his preparations by the early half of 2019. It included running 1500 km and cycling practice sessions. He participated in preparation races in Bouillon, Belgium and in the French Ardennes. Trail coaching sessions and week-end hikes in Les Vosges were also part of his endurance training.

“It was a lot of fun training for UTMB. The toughest part was to change the diet. Sugars were out and more fruits and vegetables along with lean protein were in. However, it was worth it,” he smiles.

Jean-François has crossed the finish line for his first UTMB and plans to improve his timing in the following years. Here’s to his running future. Many more mountains to conquer!!!

Want to know more about UTMB? You can ask Jean-François here

If introduced with foresight and care, the intelligent automation platform can become the...

Data & analytics trends for consumer products and retail companies in 2020

What will be the key trends for 2020 and where will organizations focus their efforts this...

Why do contract management tools fail?

The success of implementing and leveraging a contract management tool lies not just with the...

Why do contract management tools fail?
Show all