As part of the BMW Group Quantum Challenge, we discovered that quantum could help with sensing in various ways, including overcoming the problem of obscuration by stray particles, and potential bottlenecks arising from limitations on the amount of incoming data that quantum machines can handle.

Earlier in this blog series, we communicated some of our excitement about taking part in the BMW Group’s Quantum Computing Challenge, and the value of our holistic approach, which brought together expertise from across Capgemini Group to consider the end-to-end quality process. Next, machine learning expert Barry Reese outlined our research into whether quantum machine learning (QML) could enhance the ML-based methods already used to screen automotive parts for flaws.

Now I’d like to share what happened when we applied quantum to sensing. As we explained earlier, although the challenge was very focused on the application of quantum algorithms, we wanted to take a broader approach. Identifying a crack involves not just the image processing itself but also image capture and sensing, in terms of the production line, data acquisition, and automated decision-making. We decided to look at the opportunities to apply quantum in these areas.

Looking into the future of sensing

My contribution here was future-focused and inspired by the host of emerging new technologies which use quantum effects for enhanced sensing and imaging. My thoughts homed in on the possibility of using quantum sensing techniques to address obscuration, where dust or sprays of paint would normally prevent a traditional camera from capturing a clear image. Using single photon detection, LiDAR images could be captured to identify crack formation when it’s happening – even if it is obscured by stray particles.

We also explored a future where quantum sensing and quantum computing could be used in combination. One of the key hurdles of image processing using quantum computers is sure to be the uploading of data. High-resolution images contain lots of information. Uploading it all will be hindered by a bottleneck caused when transferring classical data onto a quantum computer. The process is limited by physical principles, which are unlikely to be addressed quickly by quantum hardware development roadmaps. (Assuming it’s even possible.)

To overcome this bottleneck, we suggested extracting quantum states from a quantum computer and using these in a quantum sensing approach. Again, the thinking is ahead of the curve, but in my view could be viable in five to 10 years. Transferring quantum information from one computer to another is going to be necessary for large-scale quantum computing – and this is where so-called flying qubits could come in. Our proposal was to use these information-carrying particles as a quantum sensor. An output state from a quantum computer could be transmitted to the part under inspection and an imaging system would be used to project the state onto the part. Information about the part would be imprinted onto the flying qubit state through interactions with the part’s surface.

This information would be captured and transmitted back to a post-processing quantum computer, which could use a quantum neural network to process whether the part is faulty or not. By uploading information from the part in a quantum-native form, this quantum sensing/computing hybrid approach would avoid memory bandwidth bottlenecks, see Figure 1.

This work suggested several ways in which quantum technology and techniques could contribute to sensing in the context of automotive quality assessment. The technology could overcome obscuration by stray particles and, via the hybrid approach, improve the flow of data into quantum computers.

In the final article in this series, I’ll explain our related work on quantum adoption roadmapping. 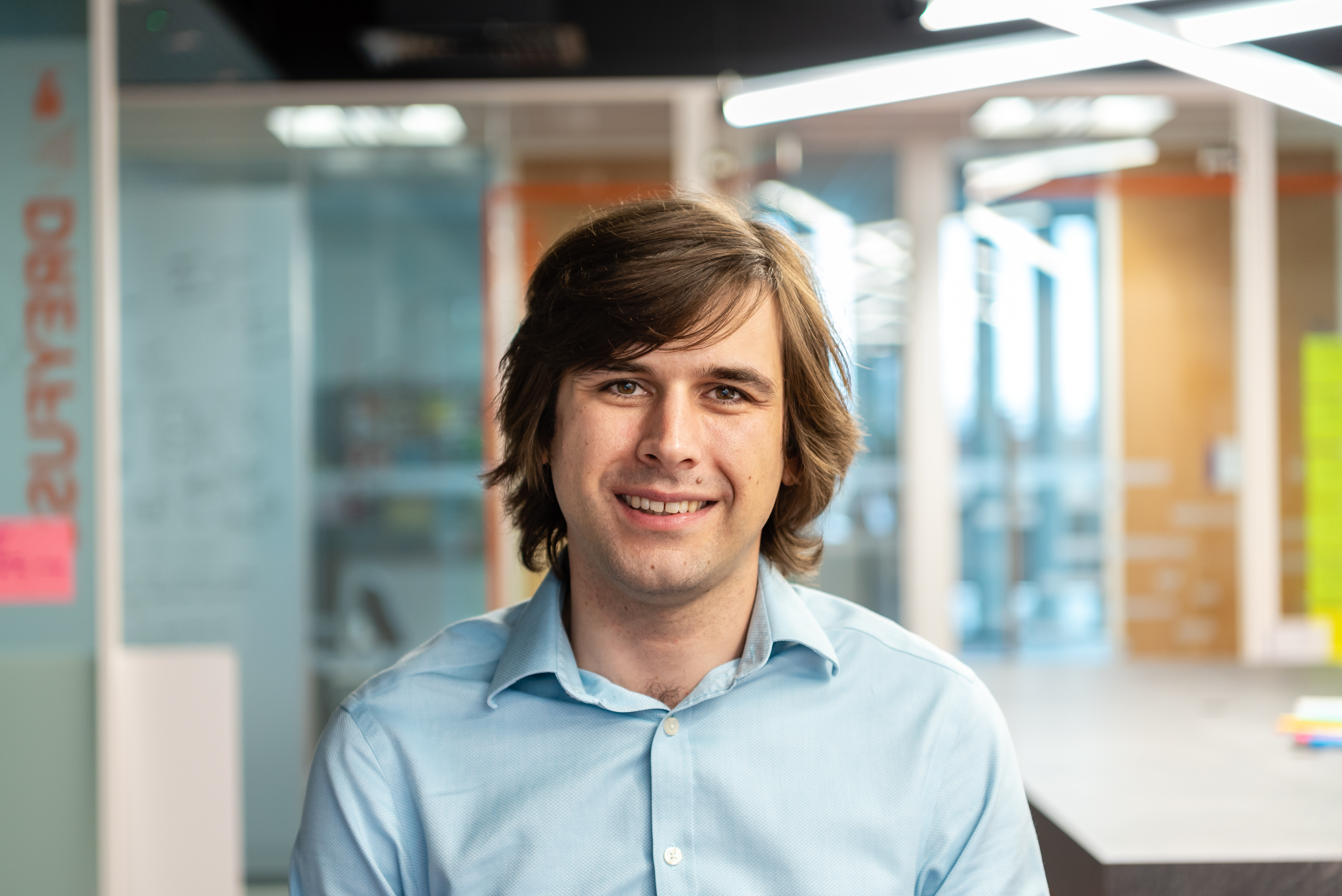 Edmund combines his experience in modelling and quantum systems with the expertise of engineers, programmers and designers to develop quantum products that provide practical solutions to commercially and socially relevant problems.