As a new era of electronic invoicing gets underway in Europe, how will it help tax authorities address the tax gap caused by VAT fraud and error?

A continent fit for the digital age. That’s the ambition of the EU as it strives to make this Europe’s Digital Decade. It’s a journey that began to accelerate in 2010 when the European Commission set out its Digital Agenda[1]. This was followed by a wide range of ICT activities that have not only delivered both economic and social benefits, but also provided growth in productivity and transparency from a digital single market.

One digital evolution that has resonated with Europe’s tax authorities as they seek to use digital to close the VAT gap is electronic invoicing (eInvoicing). To date, however, eInvoicing has made mixed progress since April 2014 when Directive 2014/55/EU[2] defined the foundation of eInvoicing in public procurement or Business-To-Government (B2G) within the EU’s borders. This resulted in all public contracting authorities and contracting entities of each Member State being obligated to receive and process eInvoices in compliance with European Standard EN16931.

VAT in the Digital Age

Now, a new era in eInvoicing is getting underway with the EC’s VAT in the Digital Age initiative, which places ‘the facilitation of eInvoicing’ firmly at the center of VAT reform. With an EC consultation currently underway into whether current VAT rules are adapted to the digital age, we expect recommendations on VAT reporting and e-Invoicing (amongst others) to be made public later this year.

Tax authorities must be ready to act on these recommendations. Some have already embarked on massive reform programs. In Germany, for example, Capgemini worked with the central IT-service provider for the Federal Government on the development of a platform for creating and processing eInvoices, and supported the rollout into 3,500+ different authorities distributed across more than 50 enterprise resource planning systems.

The definition of the eInvoice

Before continuing, it’s worth establishing exactly what an eInvoice is. So, let’s start with what it isn’t – paper invoices created or converted into PDF format cannot be considered as electronic invoices. This is a common misinterpretation that leads to mistakes when working with eInvoices.

According to the European Union[3], an electronic invoice must be issued, transmitted, and received in an electronic format while using a predefined structured data format that provides for automatic reading of the data into computer systems. The transmission of eInvoices must be end-to-end digital and, as such, include email, Germany’s De-Mail, the Pan-European Public Procurement OnLine (PEPPOL), or web services as communication channels.

A driving force for digitalization

eInvoicing is an important pillar of the broader digitalization of Europe’s tax authorities. User centricity is at the core of many authorities’ transformations and eInvoicing is an example of this. With an effective eInvoicing strategy, a tax authority can make it easier for companies to do business with government, while the harmonized common EU standard also has the potential to facilitate cross-border trade.

Currently, there are a number of obstacles that the new era in eInvoicing should resolve. This includes the variety of national standards, rules, and formats, not only across the EU but also worldwide, which make it difficult to exploit the full potential of eInvoices in an international context[4]. Depending on the channel of transmission (i.e., email), the security and encryption of eInvoices is a further important topic, although encrypted file transfer and secure networks should offer an assurance of security.

Extending beyond the EU standard

The EU standard on eInvoicing provides a basic set of semantic rules that all electronic invoices must adhere to. These rules are highly generic and can be applied to various sectors and situations. However, not all aspects of business and national requirements are covered by the standard’s core data model, so a national subset, known as Core Invoice Usage Specification (CIUS)[5], can be defined as an extension of the European standard, such as Germany’s XRechnung[6]. In these  cases, it is important to emphasize that eInvoices must still comply with eInvoicing standards when using an extension. In contrast, other countries, such as Denmark, have chosen to migrate completely towards the European standard and deactivate their national solution after the transition period.

What next for tax authorities?

The implementation of the Directive 2014/55/EU was only a first step in a long journey of EU digitalization and has supported the creation of legal and business rules initiatives across the European Union. As of today, all Member States have at least realized a mandatory implementation of the EU Directive for the B2G segment, while some countries, such as Italy, have gone a step further.

The pilot implementation of mandatory eInvoicing for all legal entities (B2G and B2B) in Italy based on FatturaPA[7] and Sistema di Interscambio SdI[8] will act as beacon for the EU. It shows the direction and possibilities within the digitalization process, while also covering certain Business-to-Consumer (B2C) aspects of the market very successfully. First, however, Europe’s tax authorities are in prime position to be the forerunner of B2G eInvoicing transformation and pave the way for the B2C segment that will undoubtedly follow, as shown in Italy.

What opportunities does eInvoicing offer?

Although the acceptance of eInvoices is currently mandatory only in respect of B2G transactions, the benefits[9] are already numerous and can be grouped as follows:

While some countries’ tax authorities are realizing these benefits, others have yet to step up and transform their invoicing processes with digital. We recommend two pillars of action that governments and/or their tax agencies should take led by a) policymakers and b) technology leaders in tax and/or finance to accelerate the move to broader eInvoicing:

Technology leaders in tax and/or finance functions need to:

While eInvoicing is just one element of the EU’s tax system reforms, it is key to ensuring fairness, reducing costs and complexity, and helping companies manage their contracts in any EU country.

Find out more about our services for tax and customs authorities here. 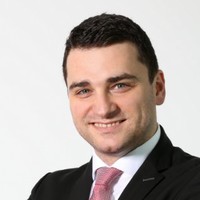 “As European economies recover from the global pandemic, digitalization of tax can facilitate business growth and also strengthen public finances by increasing compliance with tax policy. With an appropriate strategy that leverages technology to meet business needs, governments can realize the full potential of electronic invoices to reduce tax fraud, close gaps and increase overall transparency.”