Public services can and must contribute to a broader sustainable transition – and public sector organizations have a responsibility to lead the way.

In early October 2022, thousands of public sector workers in France jointly signed an article in Le Monde calling for an accelerated decarbonization in public services. Among other measures, they called for more plant-based foods in schools and hospitals, incentives for active travel by the public sector workforce, and reducing energy consumption in public buildings.

Their initiative shows how quickly environmental sustainability has become a key social issue. It raises questions about what sustainability means for the public sector and where the boundaries of this topic are. Should sustainability be limited to decarbonization? The answer is not so simple.

A new logic of frugality

Certainly, decarbonization should be a priority for the public sector. Goals and timelines vary internationally, but the direction is clear: France has set the objective of achieving carbon neutrality by 2050; the UK will be net zero by the same year, while Germany aims to be greenhouse gas neutral by 2045. The public sector must play its part. It has a duty to set an example to society and other sectors of the economy. More pragmatically, public services represent 20% of jobs in France and according to estimates also cited by Le Monde, the third largest source of carbon emissions.

Decarbonizing the public sector is therefore a necessity, and should be part of a more global dynamic of environmental frugality. This demands a transformation of public sector organizations over time, without compromising on the efficiency or quality of the public services they provide to citizens and businesses.

Besides the major efforts needed to reduce its own energy consumption, the public sector clearly must address the challenges of its scope 3 emissions – those resulting from actions both upstream (such as purchases by government) and downstream (for example travel by public sector workers or citizens). And as administrative procedures and public services continue to be digitalized, the state must also control the environmental impact of digital technology and prioritize sustainable IT.

The potential of data, AI, and even satellite imagery

Of course, decarbonizing the public sector in itself will not be enough to mitigate climate change. Given that the sector exists to serve the common good, it must also strengthen its contribution to the sustainable transition that every nation on earth must now accelerate, and to achieving adaptation and resilience to the already visible effects of climate change: whether through new laws and regulations; incentives, funding and financing mechanisms to support the transition of the economy; or even by developing new kinds of public services to better manage the transition.

The use of data, AI and satellite imagery has tremendous potential in this regard, as we are already demonstrating in our AI center of excellence in Toulouse for the defense and space sectors: to preserve biodiversity and in particular forest ecosystems, to optimize the use of finite resources such as drinking water, to support the retention and fertility of soils, and to strengthen the resilience of infrastructure networks. In France, the government’s energy sobriety plan is an important step in providing initial responses to these issues. It remains for the state to build on the trial at full speed, relying on all the goodwill from the private sector and civil society.

An urgent need for transformation

Any such project begins by establishing a starting point, a vision for the future, and a program of action to achieve it. It may involve reorganization, onboarding new ecosystem partners, and implementing new technologies or tools – for example tools to track GHG emissions or model the environmental impact of initiatives. Throughout, the process demands responsible application of digital technology and sustainable purchasing practices. It demands accountability and a commitment to achieving results.

The scale of sustainable transformation for the public sector is certainly daunting: it must transform itself while driving profound adaptations in the outside world. But digital transformation has involved a similar dynamic. At the end of the last century, who could have accurately predicted the changes that digital technologies would bring to our societies and economies so far in this century? Today is the best time to start. 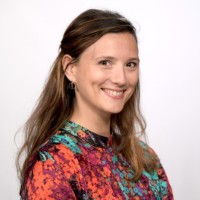