Since the publication of Basel II, banks can generally use two methods to determine minimum capital requirements (MCRs). The Standardized Approach (SA), which is by default approved for all banks, prescribes risk weights for all categories of risk assets. Alternatively, a complex but more risk-adequate internal ratings-based approach (IRBA), that considers the actual risk situation of a bank by modelling credit risk based on internal and external customer-specific data, can be applied. The use of IRBA requires constant investment in model development and validation but allows a great deal of leeway to determine and possibly reduce a bank’s minimum capital requirements. As a result of these advantageous effects, most major European banks implemented IRBA years ago with the introduction of Basel II requirements.

However, the Targeted Review of Internal Models (TRIM 2019) concluded that the risk-weighted assets (RWA) calculated using internal models are in some cases highly inconsistent and therefore unreliable, unlike RWA calculated using SA. At different banks, the risk quantification of the same loan portfolio led to varying RWA results due to critical deficiencies in the development of PD and LGD models and in the assessment of data quality. The numerous shortcomings of internal models are now to be corrected by introducing the output floor from the finalized Basel III reform. From 2023 onwards, an RWA result calculated according to the IRBA should be at least 50% of the RWA calculated with SA. Subsequently, the output floor will increase by five percentage points annually until it reaches its final value of 72.5 % in 2028.

Despite the gradual introduction of the output floor, financial institutions should already start looking into the acquisition of additional capital, as the cost of capital is likely to increase due to rising demand. In order to estimate the amount of additional capital required, the following question should be answered: to what extent are IRBA banks already below the output floor?

Impact of the output floor on capital requirements

According to EBA estimates (Basel III Monitoring, sample: 105 banks), a minimum capital shortfall of €23 billion will arise in Europe as a result of the full implementation of the finalized Basel reforms. The internationally active large banks* will be affected most, with a shortfall of €19.5 billion. The output floor is the most important driver of change: almost one third (Figure 1) of the total capital increase required will be caused by the introduction of the output floor.

The capital bottleneck resulting from the output floor is distributed unevenly over the years 2023–2028 (Figure 2). Based on data from the EBA Basel III monitoring exercise, the large international banks (Group 1) are already close to the 50% output floor that will first become effective in 2023. The first significant capital increase is expected in 2025, in the following years the influence of the output floor on MRC will increase progressively. This means that Group 1 banks will have to raise additional capital worth several billion euros in the years 2025–2028 to comply with the output floor regulation.

For Group 2, the cumulative impact of the output floor follows a relatively linear course. The largest capital need will arise in the first year of the phased implementation of the output floor. This indicates a currently large difference in RWA results calculated according to IRBA and SA.

The introduction of the output floor is expected to lead to a significant increase in minimum capital requirements – for large international banks only in the second half of the implementation phase, for other banks already at the beginning. However, the possibilities for rapid capital increases are highly limited with ever-increasing competition and low profitability, which has been further aggravated by the COVID-19 pandemic. Our experts from the Data, Finance, Risk & Compliance team have developed alternative, cost-effective solutions. Read how RWA can be reduced using AI and tokenization and how the benefits of IRB approaches can be determined after the introduction of the output floor.

* Banks that have Tier 1 capital in excess of €3 billion

This blog is co-authored by Maria Kurday. 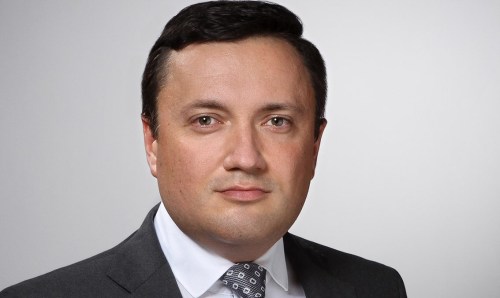