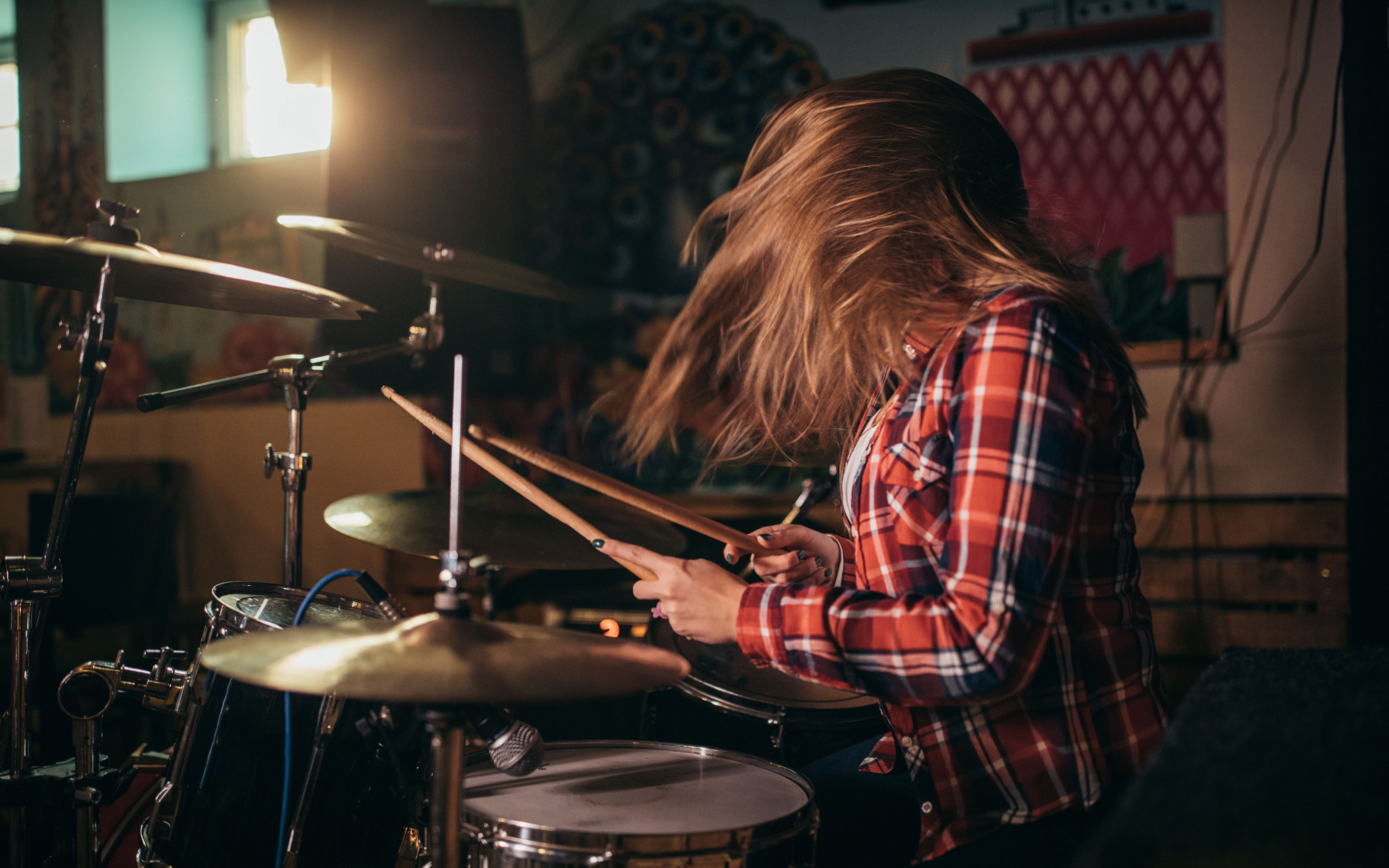 Sharing a passion for cutting-edge tech

Sjoukje Zaal had a job in healthcare and a hobby as a drummer in a rock band. When she switched to a career in technology, she discovered a whole new audience for her skills.

In the 21st century, every field of interest has its gurus, trendsetters, and online influencers, whether it’s fashion, pop culture – or cutting-edge technology. And when it comes to cloud-based technologies, one such influencer is Capgemini’s Sjoukje Zaal.

Based in the Netherlands, Sjoukje is Capgemini’s Head of Microsoft Cloud Center of Excellence, focusing on delivering solutions for clients through the latest cloud, security, and internet of things technologies.

But Sjoukje’s work at Capgemini is only part of the story as to why she has a growing following as a tech influencer. Her enthusiasm to share knowledge led her to co-found a number of online user groups for professionals in similar careers. Soon, new opportunities to engage audiences arrived – as an international speaker, industry events organizer, and an author of books and blogs.

It wasn’t always Sjoukje’s goal to have a career as a tech guru, however.

“When I first became interested in technology I was working in healthcare and also playing drums in a heavy metal band,” she says. “I started creating a website for the band and I really loved it. I realized how you could build all sorts of things with technology, so I decided to shift careers.

“I started by building websites, then got into programming, and then decided to focus on Microsoft technologies. I followed quite a traditional path from being a developer and an architect, to becoming a principal architect, then CTO, and then taking on my current roles with Capgemini. The possibilities that come with technologies nowadays are enormous. With cloud-based technologies it all evolves even faster. It’s really awesome.”

Sjoukje’s drive to share her experience and knowledge come from an appreciation of how other people helped her when she was starting out.

“I didn’t have a background in technology,” she says, “so all my knowledge came from blogs and community content that others published. That’s how I learned. So, when I became a little more senior and experienced, I wanted to give back that knowledge to the community as well, to help others develop their own skills. I began publishing articles on my personal website, and also answering questions on tech forums.”

It was through her blog and commenting on forums that she got the opportunity to become a Microsoft Azure Most Valuable Person (MVP) – an award for people who share knowledge within the tech community. And while drumming in a band is no longer part of her working life, becoming an MVP soon brought bigger audiences.

“When you get that MVP award, it opens doors to a huge global network and possibilities to collaborate with others. I started public speaking and then realized there were opportunities to write books. I had wanted to complete Microsoft’s Azure architecture certification to help with my job, so I decided to write a book about that. That was my first book. Now I’ve written or co-authored six or seven. I’m just finishing the last one.”

While one of Sjoukje’s goals is to support other people in their careers, she also acknowledges the support she receives at Capgemini.

“At Capgemini I have my responsibilities to my clients, my colleagues, and to the company,” she says. “But I also have a lot of freedom to explore, and we are always supported in that. 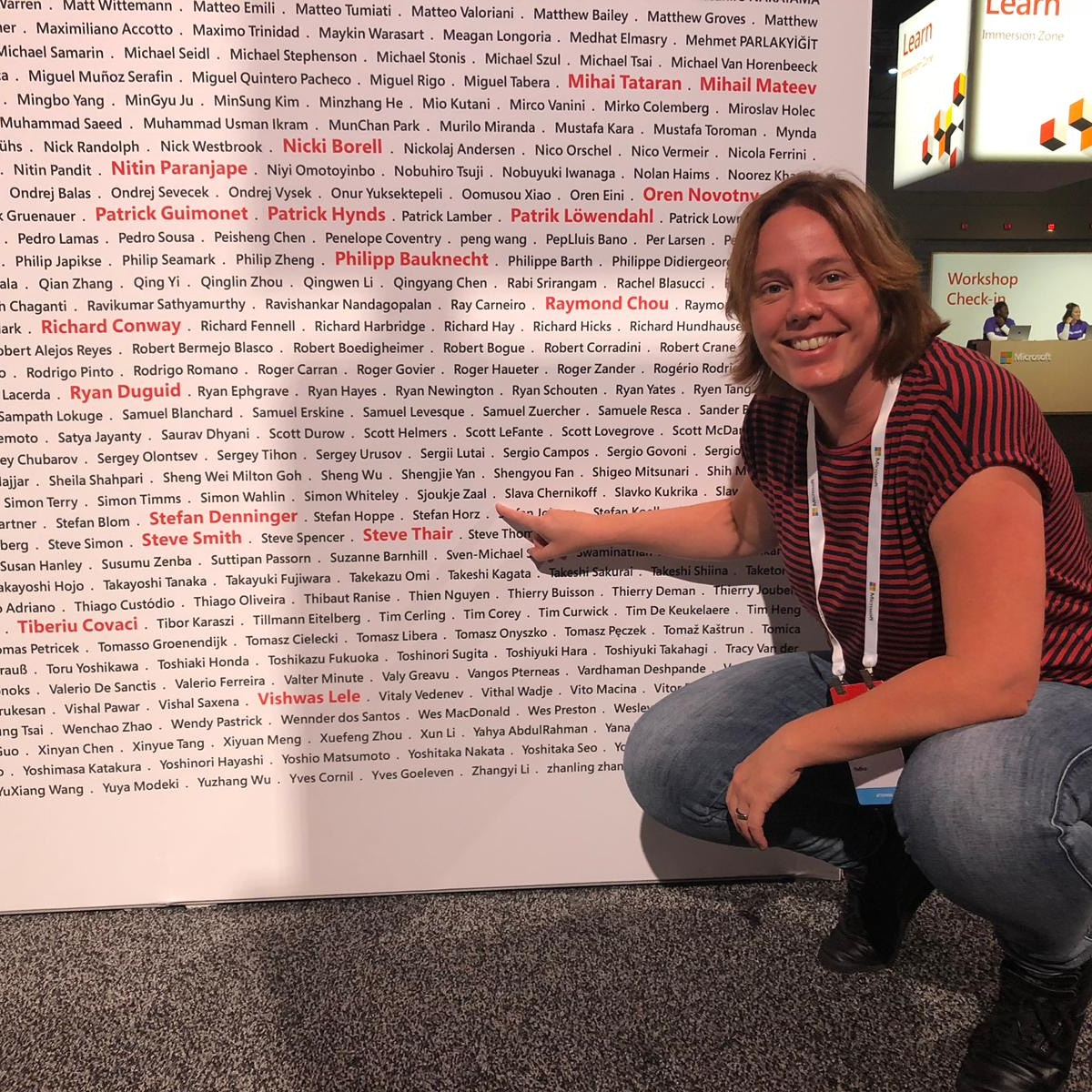 For example, I have been participating in Capgemini’s Connect & Drive leadership program, which is all about building networks and talking to senior executives about how they fulfil their leadership roles.

Next for Sjoukje is the publication of her latest book and starting to speak in person again at events for the first time since the start of the Covid-19 pandemic. Is there a common thread that runs through all these engagements and opportunities? Sjoukje says it’s less about the tech and more about connecting with people.

“It really is all about people. It’s about supporting how they use technology to achieve a certain goal. Yes, we can talk about the specific tech, but the challenge for any organization is often people. How can you bring them together, connect them, and inspire them? How can you help to develop their skills? That’s what I really enjoy and what I’m passionate about. If you can keep learning new things, and help others to do the same, then that’s having a positive influence on the world.”

With an increasing number of LinkedIn followers, new books to be written, and upcoming speaking events, Sjoukje’s positive influence looks set to grow even further.

Sarah Gonçalves began her career as an archaeologist, unearthing the secrets of the past in sites across France before retraining as a data engineer.