CGS Board of Directors

The Capgemini Government Solutions Board of Directors provides governance and oversight regarding the strategy, operations and management of our US Public Sector practice. Meet this esteemed team of leaders.

Renato (Renny) A. DiPentima
Dr. DiPentima is the former President and Chief Executive Officer of SRA International. SRA is a leading provider of information technology services and solutions to clients in national security, civil government, and health care and public health. Prior to this position, Dr. DiPentima was President and Chief Operating Officer, President of SRA Consulting and Systems Integration, President of SRA Government Sector, and SRA Vice President and CIO.Prior to joining SRA in July, 1995, Dr. DiPentima was the Social Security Administration’s  (SSA’s) CIO and Deputy Commissioner for Systems and was responsible for overseeing and managing all of SSA’s information processing and data and voice communication systems with a staff of over 3000 technical professionals. Dr. DiPentima served as Chairman of the Federal Information Technology Acquisition Improvement Team, as part of the President’s National Performance Review initiatives.Recommendations of this task force were reflected in the Federal Acquisition Streamlining Acts (FASA and FARA) and in the Clinger/Cohen Information Technology Management Reform Act (ITMRA). In addition to being a Director on the Board of SRA, Dr. DiPentima sits on the Board of Directors of Brocade Corporation, a NASDAQ company, Liquid Machines, Redshift, and the Advisory Board of Redhat. He is a Principal on the Council for Excellence in Government, a member of its SAGE group, and a fellow of the National Academy of Social Insurance.  He sits of the University of Maryland, Baltimore County Public Policy External Advisory. He is a frequent speaker on topics dealing with procurement reform, systems modernization, automation, and Business Process Reengineering. Dr. DiPentima graduated with a B.A. from New York University. He holds an M.A. from George Washington University and a Ph.D. from the University of Maryland (UMBC). He has also completed the Program for Senior Managers at the John F. Kennedy School of Government at Harvard University.

Phil Nolan
Phil Nolan is the Chief Executive Officer for Camber Corporation. He was most recently the Chairman and CEO of Galeos Group, a portfoliocompany of the private equity firm Welsh, Carson, Anderson, and Stowe. He previously served as chairman, president and chief executive officer of Stanley, Inc (NYSE: SXE) prior to the company’s acquisition by CGI Group in August of 2010.During his career with Stanley, Mr. Nolan served as corporate secretary, treasurer, general manager, general counsel, and vice president for operations before being promoted to president in 1996 and CEO in 2002. Phil assumed the role of chairman of the Board of Directors in 2006.Before joining Stanley, Mr. Nolan  served on active duty as a submarine officer in the U.S. Navy’s Nuclear Power Program. He retired from the U.S. Navy Reserve as a Captain with 24 years of service. He currently serves on the Board of Directors of NCI, Inc, Camber Corporation, and Communications International. He serves as an outside director on the Board for Capgemini Government Solutions. He previously served as an advisory board member for Pragmatics, Inc. and as an outside director for Stratos Government Solutions, Inc, a subsidiary of Inmarsat. Mr. Nolan is a member of the INOVA Health Care Services Board of Trustees, Chairman of the INOVA Fair Oaks Hospital Quality Board, and a member of the George Washington University’s National Law Center Board of Trustees. Mr. Nolan holds a B.S. in physics from the U.S. Naval Academy, an M.S.E. in engineering management from the Catholic University of America, and a J.D. from George Washington University’s National Law Center. He is a member of the Commonwealth of Pennsylvania and Washington, D.C. bars. He is also a Certified Corporate Director through UCLA’s Director Education and Certification Program. Phil is a past Chairman of the Professional Services Council, the national trade association of the federal government’s professional and technical services industry.

Lieutenant General (Retired) Gregory S. Newbold
Lieutenant General (Retired) Gregory S. Newbold is a former Director of Operations (J3) of the Joint Chiefs of Staff. He is currently Partner and Chair of the Professional Partners Group at Torch Hill Investment Partners, L.L.C., an investment firm founded on the union of financial expertise and unrivaled security sector knowledge. Lieutenant General Newbold previously served as the Executive Vice President and COO of The Potomac Institute for Policy Studies, a science and technology policy organization. He then joined the private equity firm Torch Hill Partners as a Managing Partner. In addition, General Newbold serves on the Board of Advisors of the Injured Marine Semper Fi Fund. Lieutenant General Newbold’s assignments have included Fleet Marine Force tours in the 1st, 2d, and 3d Marine Divisions, with the 4th Marine expeditionary Brigade, and with I Marine Expeditionary Force. He has commanded infantry units at the platoon, company, and battalion level, and also served at different times as executive officer, operations officer, and logistics officer in a variety of operational units. He also served as Commanding General, First Marine Division and has served tours outside the Fleet Marine Force as tactics instructor at The Basic School, officer assignment officer at Headquarters Marine Corps, Warfare Policy Planner on the Joint Staff, Military Assistant to the Secretary of the Navy, Head of the Enlisted Assignment Branch at Headquarters Marine Corps, and as the Director, Manpower Plans and Policy Division, Headquarters Marine Corps, Washington, D.C.Lieutenant General Newbold’s personal awards include the Legion of Merit, Defense Meritorious Service Medal, Meritorious Service Medal, Navy Commendation Medal, Joint Commendation Medal, Navy and Marine Corps Commendation Medal, and the Navy and Marine Corps Achievement Medal. 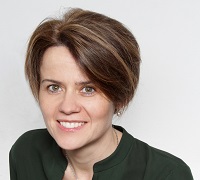 Maria Pernas
Maria Pernas is Group Executive Committee Member and Group General Counsel at Capgemini. She leads the Legal Function with more than 200 professionals.
She has 20 years of experience in managerial positions in large international corporations, working on all kind of legal affairs at country, regional and headquarters level in a wide range of multiple jurisdictions (Europe, Middle East, Africa and America, among others). She started her professional career working as external legal advisor at Price Waterhouse in Madrid. She then joined “Sema Group” to become the General Counsel for Spain, Portugal and Central and South America andGeneral Counsel for the Business Unit Major Events and Entertainment with worldwide responsibilities.
In 2004 she joined Atos Origin and was promoted Vice President and General Counsel for the South of Europe, Middle East, Africa and Central and South America, based in Rome. In 2008 she moved to Paris to become Vice President Deputy Group General Counsel in charge of Major Contracts (with ultimate worldwide responsibility for all the legal aspects associated to the Group commercial deals) and, three years later, Vice President Deputy Group General Counsel in charge of Corporate Affairs, Compliance and Commercial Disputes and Litigations worldwide. In 2013 she was promoted Senior Vice-President, Deputy Group General Counseland in 2016, Senior Vice-President, Group General Counsel Operations in charge of the Regional Legal teams and the Contract Management Function. She joined Capgemini in 2017.
She is admitted at the Madrid Bar Association and she collaborates with business schools. In 2018 she received the award “Top 50 Inspiring Women Lawyers”. In 2006 she received the award “Manager of the Year” granted by the “Federacion Espanola de Mujeres Directivas, Ejecutivas, Profesionales y Empresarias”. 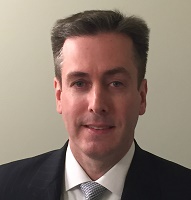 Andy Feinstein
Andy Feinstein is Vice President and Head of Operations for Global Strategic Initiatives and Partnerships and the Capgemini Strategy Team. He brings an expansive array of over twenty five years of strategy, operational, and hands-on technology experience in both the Public and Private Sectors, serving the last seventeen with Capgemini in a wide variety of executive capacities. Prior to his tenure with Capgemini, he spent time with Ernst & Young and a technology startup, starting his career with the United States Government. Andy holds a Bachelor of Science degree in Engineering from Virginia Polytechnic Institute and State University.

Capgemini Government Solutions experts weigh in on relevant IT topics in this series of blog...