While quantum technology is not yet mature enough to be used at scale, many businesses are eager to begin drawing value from this emerging field and one of the most common ways is through quantum-inspired solutions.

In this post, we explore the emerging area of quantum-inspired solutions and highlight several use cases within the life sciences industry where this technology may prove valuable. We also outline the limitations of this segment and how it may align with quantum technology strategy more broadly.

What is a quantum-inspired solution?

When it comes to defining a quantum-inspired solution, it may be easier to capture what it is not – namely, a shortcut to the advantage of quantum hardware using today’s computational resources. By all accounts, quantum computing will be hugely transformative, but it is still in development. The technology will take years to mature and significant investments are needed before organizations can make full use of quantum technologies at scale.

In the meantime, the term “quantum-inspired” has emerged as a way of describing approaches that draw on insights from quantum technology. Broadly speaking, quantum-inspired solutions make use of advanced algorithms that are inspired by quantum; they are run either on a conventional high-performance computer or a bespoke piece of hardware, so as to deliver some of the advantages of quantum technology today.

For example, NASA JPL partnered with Azure Quantum to develop an optimization solution that helped reduce the organization’s scheduling times from hours to mere minutes. Ford also teamed up with Microsoft to use quantum-inspired technology in a 5,000-car traffic-routing simulation that was shown to reduce traffic in Seattle by 73% and shorten commute times by 8%. And, in the life sciences arena, Toray worked with Fujitsu to use a digital annealer to predict the optimal protein side chain conformations.

Exploring the value – and limitations – of quantum-inspired solutions

While quantum-inspired technology has already made its way into some R&D plans, organizations that want to use this technology now must understand its limitations and select a use case that is suitable for the current capabilities.

In drug discovery and development, there are several applications that may benefit from quantum-inspired technology – from lead optimization and selecting the right sets of molecules to test, to finding ways to be more efficient in the way laboratories are operated, through to selecting the optimal features and biomarkers for predictive modelling. Quantum-inspired machine-learning algorithms, using tensor networks, offer the promise of high performing models with fewer parameters and a lighter computational footprint – something that’s valuable for connected health devices and wearables.

As valuable as these use cases are, they are not representative of true quantum technology solutions. Quantum-inspired algorithms, like those used in the solutions described above, still cannot live up to the promises offered by quantum computing to solve some of the biggest challenges in life sciences. For example, the exponential complexity of the exact quantum simulation of molecules and their interactions cannot be circumvented on any classical hardware as of today.

An interesting class of approaches includes so-called tensor networks, originally developed for quantum physics simulation on classical computers, which are beginning to find application in machine learning – although it remains unclear today how competitive these approaches will work with existing methods.

Are quantum-inspired solutions a step towards a quantum future?

For some, quantum-inspired technology may seem like a first step towards a quantum future. To others, it is a false promise of a technology that has not yet reached maturity. In reality, the answer may fall somewhere in between, depending on how the technology is used and how it fits within the broader quantum technology roadmap.

From a technology standpoint, quantum-inspired solutions currently offer potential commercial advantages in their own right. But innovation with advanced algorithms or novel hardware today does not necessarily open the door to quantum advantage in the future. On the other hand, using quantum-inspired solutions as stepping stones now can be helpful to explore the impact of a new bridge in a few years’ time. Some see the opportunity for using quantum-inspired approaches as a means of assessing the potential future impact of quantum computing.

From a business standpoint, the term quantum inspired may be a short – albeit imprecise – way of saying that the technology being used is novel. And indeed, in many cases using a quantum-inspired algorithm is unlike anything ever seen before. As the name implies, the solution is not quantum in the technical sense, but simply inspired by its potential and principles.

In some ways, quantum-inspired initiatives may also serve as an intermediary stage towards a quantum future. In using this term, business leaders are demonstrating commitment to quantum technology through quantum-inspired pilots and proofs of concept, forming dedicated teams, building skills, and otherwise making investments so that the business is ready to seize the opportunity when the technology is mature. In this way, quantum-inspired solutions could be an important part of the quantum roadmap, even if they do not depend on the power of quantum hardware.

Harnessing the power of quantum technology, today and tomorrow

Quantum-inspired technology is exciting in its own right and holds significant value for life sciences organizations, particularly in relation to drug discovery and optimization. Deployed today, quantum-inspired algorithms could have the power to shorten timelines, lower costs, improve time-to-market, and reduce drug development failures for some selected applications.

At the same time, organizations cannot fall into the trap of believing that these quantum-inspired capabilities are indicative of the full value of quantum computing or that they can take the place of a true quantum strategy. While quantum-inspired solutions may have a place within a short-term quantum strategy, the mid- and long-term roadmap should be focused on true quantum capabilities – and that’s something most everyone can agree on.

Ready to take the next step in creating effective and impactful quantum POCs? Capgemini can help. Reach out to our team of experts to begin exploring your quantum future. 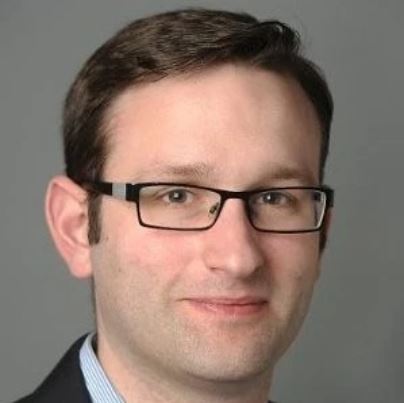 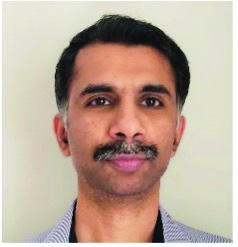