Whether the industry is ready or not, innovative disruption is now being driven from outside traditional utility operators. Since 2018, Apple has run on 100% green energy, all produced by the company itself. It has also convinced 23 companies in its supply chain to sign a pledge to get to 100% renewable energy for the portion of their business relating to Apple products. Google is exploring similar options as well, and both companies are strong supporters of the US government’s Clean Power Plan (CPP).

In addition, 17 states have formed the US Climate Alliance, with a commitment to reduce greenhouse gas emissions consistent with the Paris Accord and with meeting or exceeding targets of the CPP. These states have introduced programs such as appliance efficiency standards, green banks for clean energy financing, and emission targets for transportation – among other programs. The climate and clean energy policies in the Alliance states have attracted billions of dollars of new investment and helped create more than 1.3 million clean energy jobs, nearly half of the U.S. total.

Whether all levels of government agree, clean and alternative energy is driving the industry and innovation. Climate leadership and economic growth go hand-in-hand. Clean energy, energy efficiency, and clean transportation will continue to attract new jobs and investment. Innovations in battery storage, increased electric-vehicle adoption, new grid-transformation models, and proactive consumers continue to signal an era of accelerated transformation on the horizon.

More energy does not always mean economic growth. Since 2008, energy usage has shrunk 1.7% while GDP grew by 15.3%. Consumer spending on electricity was the lowest in history, while the share of household expenses on energy costs also drifted near an all-time low.

Driven by continued favorable economics, generation relative to alternative technologies will more than double between 2017 and 2050, with an average annual growth rate of 2.8%. Renewable generation (including hydropower) soared an estimated 14.1% year-on-year in 2017, the highest ever one-year surge, as output increased by approximately 90 terawatt hours.

Wind and solar photovoltaic have become increasingly cost-competitive with conventional generation technologies, on an unsubsidized basis, as the price of system components has dropped and efficiency has improved over the last eight years. These gains are expected to continue.

Traditional business models in the utilities sector have come under pressure due to a convergence of factors, including technological changes, falling costs of distributed generation, other distributed energy resources, and increased competition. In a recent study sponsored by Capgemini, IDC takes a closer look at how some utilities are leveraging opportunities offered by new energy and digital technologies to reshape and grow their business.

The upsurge in transmission investment is being driven by the fundamental aim of providing reliable, affordable, and safe power via improved grid operations and clean energy. This includes the need to replace and upgrade aging power lines, resiliency planning in response to potential threats (both natural and caused by humans), the integration of renewable resources, and congestion reduction.

Despite the sustained and growing cost-competitiveness of certain alternative energy technologies, diverse generation fleets are required to meet baseload generation needs for the foreseeable future.
A rational and cost-based analysis is necessary to enable a modern grid, cost-effective energy development, and an increasingly clean-energy economy.

According to the World Economic Forum, “The digitalization of electricity could unlock US$3.1 trillion in industrial and societal value over the next decade. Societal benefits stem from value creation for customers and a reduction in emissions.”

In addition, the stage is set for Artificial Intelligence applications to become a reality by combining insights from massive machine-data collection with analytics models and analysis that can automate decisions in a power and utility environment. According to IDC, by 2020, 50% of all electricity transmission and distribution utilities will be using drones to evaluate service lines, thus reducing asset and inspection costs and achieving savings of up to 5% and 30%, respectively.

2017 was a year of significant transformation and accelerated disruption, with utilities reacting more aggressively to technological advances. U.S. utilities have been actively innovating traditional business models of one-way power delivery, and must continue to focus on value creation in order to avoid the ever-increasing risks.

A monumental transition to incorporate evolving business models will be crucial for utilities in the years ahead. Embracing alternative energy technologies and grid modernization entails not only new infrastructure, but new business models that generate returns by maximizing customer value.

For more details on the latest transformation and disruptors to the energy industry, download Capgemini’s 20th edition of the World Energy Market Observatory (WEMO) for free. 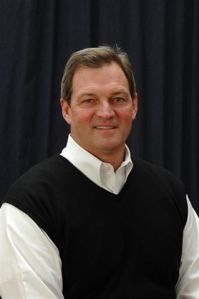 The old and the new in the evolving energy industry

The role of aging assets in the transition to new technology