Leaders, innovators, scientists, and designers must be able to selectively turn off habituation and develop the ability to think outside the box

In psychology, habituation describes the process where the response to a stimulus decreases as we are repeatedly exposed to it. In other words, if you live near a busy road, your visitors may notice the noise the cars make, but you will have probably tuned it out. You have become habituated to it.

Patterns make each individual line unimportant. We tend to filter out patterns or repetitions.

Habituation happens naturally and subconsciously and is crucial for survival. Individuals who have problems with habituation suffer a great deal. It allowed early humans to ignore the sound the leaves make in the wind at night, but immediately notice the sound of an approaching predator.

“If I had asked people what they wanted, they would have said ‘faster horses’”

In modern society, we are exposed to such a barrage of sounds and sights that we are beginning to tune out information. At the same time, however, we become so accustomed to problems that we stop noticing or trying to fix them. That’s why leaders, innovators, scientists, and designers must be able to selectively turn off habituation and develop the ability to think outside the box (I also like the German “über den Tellerrand gucken” – to see beyond the edge of your plate). 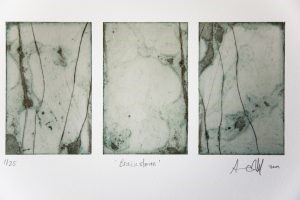 On the other end of the spectrum, we have the concept of sensitization. In psychology, sensitization is often associated with pain, but I want to focus on the basic concept of stimuli amplifying response. In other words, the more you think about a topic (or problem) the more you see it (or answers to it) all around you as your response to it becomes more intense.

Let me tell you a story: when I recently showed my dad my new small car, he claimed to have never heard of that model. A couple of weeks later, he called to tell me that suddenly lots of people seemed to be driving the same car. He concluded that this car had gone through some kind of revival or perhaps received a great review or change in legal status. In fact, he had simply become sensitized to it. His brain used to tune it out because it was not relevant to him (not living in a city, his interest leans toward larger cars).

Sensitization happens to most of us naturally: there is a problem we are dealing with so we begin thinking about it more and, consequently, we start seeing information about it and answers all around us. But what we can take away when we consciously apply this principle is that it’s important to give big problems time and focus.

A teacher of mine once imparted a crucial bit of advice when I was hitting my head against a wall with a design problem. “The best design happens after [hitting a wall] frustration, so embrace it, sleep on it, and I promise tomorrow you’ll have a solution.” He was right of course, and I have experienced this to be true over and over. But why does it work?

Does sleep help us be more creative? There are probably a number of factors playing together. For one, the brain needs sleep time to clean up the waste it produces during a full day of processing input. (Watch the TED talk by Jeff Iliff)

“The brain uses a quarter of the body‘s entire energy supply, yet only accounts for about two percent of the body’s mass. So, how does this unique organ receive and, perhaps more importantly, rid itself of vital nutrients? New research suggests it has to do with sleep.” —Jeff Iliff (neuroscientist) 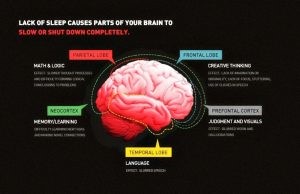 We also know that sleep assists in the formation of long-term memory, reinforcing the things we learned during the day and, especially, a few hours before sleep. But there’s more. We appear to process information and problems we have on our minds during sleep and, somehow, our subconscious mind deals with them differently than our conscious mind. While it appears that the scientists have yet to reach a concensus on this topic, observation has taught me that I function much better when I’ve been sleeping well.

“When you‘re tired and you lack sleep, you have poor memory, you have poor creativity, you have increased impulsiveness, and you have overall poor judgment. But my friends, it’s so much worse than that.”  —Russell Foster (circadian neuroscientist)

Other great triggers for coming up with creative ideas or innovative solutions to problems you’ve been battling with all day, are:

The reason why these activities or situations often spark creativity may be related to the fact that they take us away from the problem or pressure to be creative. The brain relaxes, is allowed to drift, maybe there is some dopamine released, and we are able to access the wealth of all the other knowledge and experience that is deeply embedded within our (conscious or subconscious) brain somewhere.

If you’re working on a design problem, trying to find an innovative idea, or battling writer’s block, there are things you can do to help.

Innovation is about creativity and invention, and disruption and continuity

There are many companies with mature, large ERP systems, where CIOs still needs to up their...