Rome wasn’t built in a day. The same can be said of cloud-native, AI-optimized 5G open RANs (O-RANs), which are so fundamentally different from any previous mobile generation that they’re not just evolutionary. They’re a step change on how radio networks are designed and built.

Figure 1 illustrates this evolution — including the dauntingly steep climb that the industry faces today as it migrates from virtualized RANs (vRANs) to O-RANs. For a long time, radio access networks (RANs) remained outside the boundaries of the transformation achieved through virtualization. That changes with vRAN. With the O-RAN Alliance defining open interfaces, interoperable cloud-native RAN is now a reality. And like all cloud-native workloads, this would require massive intelligent automation at scale to realize the full economic potential of reduced TCO offered by such open networks. In fact, the step up from cloud-native to AI-optimized networks requires a team effort by vendors, operators, and systems integrators because no single company has all of the necessary technologies and expertise to do it alone.

Areas 4-6 require broad industry collaboration to create the common standards, architecture and models that will be critical for test and automation. The i14y Lab is an example of how this collaboration is already well underway. Backed by Capgemini, Deutsche Telekom, Nokia, Rohde & Schwarz, Telefónica, Vodafone and other major companies, the i14y Lab is focused on identifying and closing gaps in the test and automation space to verify functionality and multi-vendor interoperability.

Currently, there are three major gaps:

When it comes to industry collaboration to address these gaps, each type of member faces its own unique set of challenges and opportunities. For example, figure 3 summarizes those for systems integrators.

Although the migration toward cloud-native, open networks includes the use of commercial off-the-shelf (COTS) IT hardware, it can’t simply be used as-is. To meet stringent telecom requirements such as five-nines reliability and RAN functionality, COTS gear will need to be beefed up with hardware accelerators and other components. The radio unit also needs to be managed through the same automation framework. In vRAN, a large number of edge data centers will be utilized to host the baseband functionality of the RAN as a software on such COTS gear. This kind of robust and highly distributed infrastructure, supported with tools for monitoring the network and predict failures, are key for getting systems integrators and infrastructure and cloud vendors interested in the mobile market. Their participation also ensures that systems integrators don’t have to take on all of the responsibilities and liabilities associated with implementing cloud-native, open networks.

Cloud-native, open networks can generate enough telemetry that can be leveraged through machine learning operations (MLOps) at scale to develop and test network AI algorithms to ensure that they’ll work in a real-world environment. But like COTS IT equipment, the MLOps currently used for cloud workloads will need to be modified to meet telecom’s unique requirements.

A third example is industry collaboration projects like Nephio, a Kubernetes-based, intent-driven automation of network functions and the infrastructure that supports them. A Linux Foundation project backed by Deutsche Telekom, Google and others, Nephio would help the mobile industry meet challenges such as predicting resource usage in O-RANs and standardizing an orchestration model for cloud-native networks.

All of this is a lot to think about, which goes back to the point that cloud-native, open networks require broad industry collaboration to become reality and live up to their potential. The good news is that many operators, vendors and other stakeholders have recognized that need and are now collaborating in initiatives such as the i14y Lab. 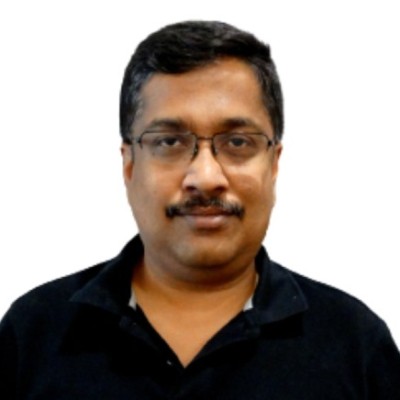