But there is a potential paradox at the heart of this assumption. It’s true that information technology can vastly improve resource efficiency, but we tend to forget that IT itself consumes resources, and the more we use it the greater that resource cost becomes.

Resolving this paradox will be a critical challenge in the 2020s. Shaping that resolution involves questioning long-standing trends and assumptions in the IT industry and adopting a new foundational point of view.

Applications are using more and more data. Certainly, the development of IT for green opens up real opportunities. E-mobility and smart cities, smart building, smart grids, smart water projects promise carbon savings as well as new services, but physics tells us that there is an unavoidable energy cost for every additional bit of data manipulated (Landauer’s principle). Big data and AI applications – arguably the most useful for sustainability solutions – manipulate exceptionally large quantities of data and are, therefore, the most energy hungry.

As an illustration of this trend, a study by OpenAI found that the amount of compute used for the biggest AI training runs increased by 300,000 times between 2012 and 2018.

Storage and compute resources feel infinite. Although they have a non-trivial monetary cost, the massive competitive drive to provide compute and storage infrastructure means an organization can always get more if it needs it. One outcome is that it is often easier to layer new applications on top of legacy, rather than to decommission and to rationalize – the end result can be significant.

Assumption 3: IT is clean

IT energy expenditure is invisible to the end user. Using a laptop or a phone doesn’t feel energy expensive in the way that accelerating a gas-guzzling SUV down a highway does. But the trivially simple act of clicking a link or sending an email spins up massive infrastructure that is out of sight and out of mind hundreds or thousands of kilometers away. When we and millions of other people do this hundreds of times per day, the energy consumed makes up a significant portion of global demand.

One well known example: in 2018 the music video Despacito became the first in YouTube history to breach five billion views. The energy required to serve up that one video five billion times was equal to the energy used by 40,000 US households in one year.

There is a growing awareness that a new approach is needed if we are to avoid replacing an unsustainable economic model with an equally unsustainable digital one. This approach is often known as “digital sobriety,” a term coined in 2008 by the GreenIT association.

Digital sobriety essentially means developing an awareness of the sustainability risks of IT and adopting practices to limit them. It means becoming aware that the three assumptions described above rest on an unsafe foundation. It means not maximizing data usage for the sake of data usage, not treating compute resources as infinite, and bringing the real costs of data infrastructure into the light.

What was a prescient warning in 2008 is now an urgent priority. In January 2020 the United Nation’s International Telecommunication Union (ITU) published new standards for what the IT industry must do to meet the Paris Agreement’s goals. The standard (ITU-T L.1470)  stipulates a 45 percent reduction in greenhouse gas emissions by 2030.

What is needed now are concrete methodologies for meeting these targets. And it is these I will be discussing in part 2 and 3 of this series.

Read part 2: There’s more to your carbon footprint than you think 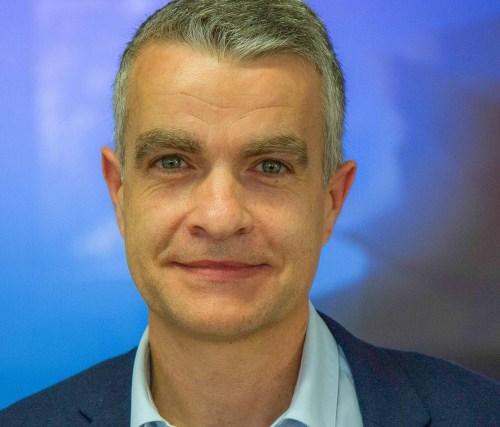