The next bitcoin halvening is forecast to occur this year around May 2020 and with it comes a renewed interest in the digital asset class. The halvening means the Bitcoin reward for successfully mining a block in the blockchain will be halved from 12.5 Bitcoins to 6.25 Bitcoins.

For those unfamiliar, public blockchains are built on hard-coded rules and a form of game theory. If the actors or participants in a blockchain play by the rules, do the work they’re supposed to, and corroborate with others they get rewarded with block rewards, i.e. Bitcoins. This is the incentivization model that Bitcoin uses along with a hashing algorithm called proof-of-work.

As the next halvening approaches, I want to talk about what Bitcoin means to the end consumer and why Bitcoin has demonstrated how autonomous, digital assets might pave the way for the future consumer and the future economy.

The way Governments and regulatory bodies affect economic behavior is through incentivization models. It’s how our tax system works, it’s how banking works and it’s also how the Bitcoin blockchain works.

A simple example is the Australian Research and Development (R&D) tax incentive. Companies can receive up to 43.5% (small business) and 38.5% (larger entities) tax offset on eligible investments in R&D activities. This aims to boost Australian competitiveness in the market in a few ways:

These same principles apply to all kinds of economic behaviors. We might enforce excise taxes on alcohol or tobacco to discourage purchases or we might introduce fintech sandboxes for startups to test business models in risk-free environments. Governments are central authorities that are given the power to implement these incentives for the benefit of the ecosystem (or country).

Bitcoin also has incentives, although rather than a central authority (i.e. Government) introducing the models, the rules were hard coded into the blockchain from the beginning.

In 2009, Bitcoin was born. To incentivize people to join the network, contribute their hashing power and start processing transactions, miners were given block rewards. For each successful block mined, there was a reward of 50 Bitcoins up for grabs.

Keep in mind that in both the Government and Bitcoin example, it is always the end consumer that feels the impact of these models. Rarely are these models compulsory and the consumer always decide what’s the greatest value proposition for themselves.

Why is this important?

To preserve and increase the value of an asset, we must promote scarcity. This is why assets like gold and silver have retained and increased in value over time. There is a finite supply in existence, and the rate at which we keep adding more gold into the market is steadily reducing as we mine out the world’s supply. Gold and silver also serve a functional purpose as conductors, filings or jewelry (“does Bitcoin serve a functional purpose” is a complicated question for another time).

Over time, as we reduce the Bitcoin reward, we are reducing the rate at which new Bitcoin are added into circulating supply, thus promoting scarcity and (in theory) increasing value.

What is unique about Bitcoin, is there is no central authority that can change these rules. The rules that determine how the asset is transacted, what fees are payable and what rewards are available are hard coded and built into the network. It is known as a “censorship-resistant” asset class as these rules are difficult to change.

A censorship-resistant asset class is increasingly becoming more important in modern economics. Fiscal policy is a constantly changing beast. For example, in times of economic downturn, the response is often to increase market liquidity for fiat currencies (i.e. ensuring there is enough $AUD in circulation). To do this, Governments and banks engage in a process known as quantitative easing (QE), an unconventional policy where a central bank purchases securities to increase monetary supply. QE effectively means we are increasing monetary supply by purchasing assets with newly created bank reserves. The net result is effectively a form of inflation because the central banks are injecting more liquid cash into the ecosystem that wasn’t available before. In 2018 QE was used as a response to the financial crisis (I know, it sounds odd to respond to a financial crisis by actively encouraging inflation, but this was regarded as the correct approach to ensure cash kept moving around the economy).

However, in a Bitcoin world, this issue doesn’t exist. Bitcoin offers an exit from the problem of expanding fiat monetary supply because Bitcoin is finite. There will only ever be 21million Bitcoin in existence and no more. This is why Bitcoin is sometimes referred to as ‘digital gold’. The future of global finance may no longer be a debate about whether inflation or deflation is good or bad for global economics, but which store of value offers the best long-term value proposition for consumers. One that ‘can’ be inflated or one that ‘cannot’ be inflated.

So, what about the price of Bitcoin?

Price, or more specifically the extreme volatility in price, is what has historically dissuaded consumers from the asset. The halvening will probably do little to help with this volatility.

In fact, I predict (perhaps obviously) 3 potential outcomes from the next halvening:

Bitcoin is still an experiment in digital assets. By capitalizing on the promise of blockchain technology, Bitcoin has demonstrated that digital assets (lines of code) can capture real-world value when built on secure technology and solid incentivization models.

The European Central Bank (ECB) is one of many major financial players who are recognizing the impact of these disruptive asset classes. Following a period of substantial public interest, the market capitilisation of cryptoassets reached an all-time high of USD $718 billion (around EUR €650 billion) in January 2018 while the value of cryptoassets in 2019 was estimated at 1.2% of the euro M1 monetary aggregate.[2] Several ECB executive board members have highlighted the need to continue monitoring the progress of cryptoassets and advocating for private companies to continue working and exploring this space.

Having said that, the ECB has struck down any proposal to include cryptoassets as alternative stores of value, stressing that the euro is the only ‘valid money’ in the European area.[3] Notwithstanding similar comments resonating by global financial leaders, many countries are instead converging on the idea of Central Bank Digital Currencies or CBDCs which are effectively government issued currency (like the $USD) that would be transacted on a blockchain network rather than through EFT.

I don’t think it’s a question of winning or losing, as both Bitcoin and fiat will coexist. We cannot displace the responsibility on Government to correct economic imbalance and grow a country’s ecosystem. However, the rise of Bitcoin as an asset class will ultimately be determined by the consumer and what they think is the best store of value for long-term use. 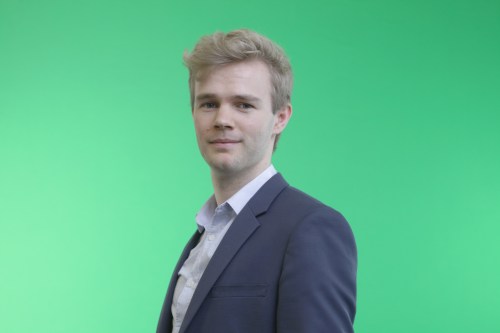 Expert in Digital Transformation and Innovation