The 2017 edition of the Open Data Maturity in Europe study shows that European countries have engaged in what can be called an “Open Data race to the top.” With more and more Open Data published across Europe, Open Data has become a catalyst for a country’s digital transformation at national, regional, and local levels. The 2017 report, published by Capgemini on behalf of the European Commission, shows the clear progress that Europe has made since the first measurement in 2015.

Described as the new oil of our economy, (open) data repeatedly returns to the media and social focus. Although the analogy with oil as a raw material emphasizes Open Data’s potential for economic and social growth, such comparison does not seem to fully emphasize the enormous potential of (open) data. What’s more, the comparison could lead to the misleading assumption that—like oil—data is a raw material which will one day be exhausted. However, we all produce vast amounts of data and, in times of “connected and smart everything,” the already-existing petabytes of data are more certainly to increase and reach, sooner than expected, the zettabyte era. Open Data conceals enormous potential, which was already quantified by numerous economic impact assessments at both European and national levels. This impact can now be substantiated by the high number of Open Data use cases, which unravel Open Data’s potential in a wide range of areas—from the health sector, food security, environment protection and resource efficiency, to mobility and intelligent transport systems, and more efficient, inclusive, and participative governments.

Open Data’s potential was timely identified by the EU Commission and harnessed via the European Data Portal project. With the maturity study, Capgemini provides an important benchmarking instrument for the assessment of Open Data maturity in the 28 Member States, the EFTA countries, and the EU accession candidates. The study provides a measurement of Europe’s Open Data readiness and its progress on accomplishing broader visions, such establishing a free flow of data across Europe and enabling a European data economy.

The 2017 Open Data Report highlighted the countries’ progress in each of the two measured dimensions—Open Data readiness and portal maturity. The 2017 numbers sent out an important signal: with an EU28 maturity level of 73% and an average increase of 14.5 percentage points per year since 2015, European countries are on track to realizing the aforementioned goals of the European Union. At the same time, it becomes clear that European countries have duly recognized the key role that Open Data plays in enabling a “future-proof” digital transformation at the national level. More broadly, countries seem to have understood the role that Open Data plays in strengthening Europe’s competitiveness in the global market.

Germany, too, seems to be moving toward this goal, with an increase from rank 20 (in 2016) to rank 17 in 2017. This enabled the country to step up from the “followers” cluster into the “fast-trackers” group. This increase can be attributed to the significant progress made in the “Open Data Readiness” dimension, from 44% in 2016 to 65% in 2017, and the increase of nine percentage points to reach a 93% score on the “Portal Maturity” dimension. Several other positive developments have led to this rise in the EU28 Open Data ranking, including top-down measures such as the adoption of an Open Data Act at the federal level and Germany’s accession to the Open Government Partnership at the end of 2016. Much more important however, is the drive at the federal state level. “Bottom-up” measures such as the adoption of transparency laws in the federal states of Bremen, Hamburg, and Rhineland-Palatinate, as well as the decision by the federal state of North Rhine-Westphalia to draft an Open Data Act at state level show the demand for more—more open government, more transparency and participation, more Open Data—that is being signaled by the federal states and especially the citizens towards the national level. This bottom-up Open Data movement in Germany can also be seen in the number of hackathons that were organized in many cities last year alone, and by the high number of start-ups from Germany that applied to participate in the European Commission’s ODINE (Open Data Incubator for Europe) program. With 133 start-ups, Germany ranks third after the United Kingdom and Spain. Moreover, 10 of the 57 start-ups financed under ODINE stem from Germany. This counters somewhat the rather weak Open Data activities triggered by the responsible bodies at national level.  It appears that the Open Data community is stepping up to compensate and does so by developing applications to highlight the positive impact of Open Data for society. The versatility of Open Data is shown by the Open Data community of re-users in the various use cases that range from increasing transparency of government spending, participation in decision-making processes, driving better policy at local level, to raising awareness on existing environmental issues related to water quality, noise levels in the city, or air quality. The numerous Open Data examples stemming from Germany alone provide a good reminder for us all and, in particular, for the still rather “Open-Data-shy” public administrations in Germany of the great societal benefits of Open Data.

However, in order to further drive value from Open Data, more and better-quality data must be published. Taking a step back, a comprehensive approach to Open Data is needed; one that embeds Open Data into the digital transformation of the public sector and around the strategy of achieving an open and more inclusive government. A paradigm shift is needed; one that involves self-reflection within the public sector, and one in which the public sector sees itself as enabler of economic and societal growth. As the European Data portal study on Creating Value through Open Data has shown, the public sector is the main user of its own data and would lead to EUR 1.7 billion in cost savings by 2020. Open Data is pivotal to achieving these efficiency and societal gains and, with a strategic vision and implementation in place, would bring the German public sector into the driver’s seat of innovation.

As Open Data Maturity in Europe 2017 shows, a series of key characteristics differentiate the public administrations that are in the “driver’s seat of innovation” from those that are mere followers. Among these, the following aspects could allow Germany to harness the potential of Open Data:

These elements, along with the broader lessons learned emphasized in the Open Data landscaping of 2017, should be considered when planning the next steps in terms of Open Data in Germany. By doing so, Germany—or any other country facing the same challenges—would enable its citizens to enjoy the full benefits of Open Data that other European countries are already reaping.

Further Open Data reports and studies can be found on the European Data Portal here. 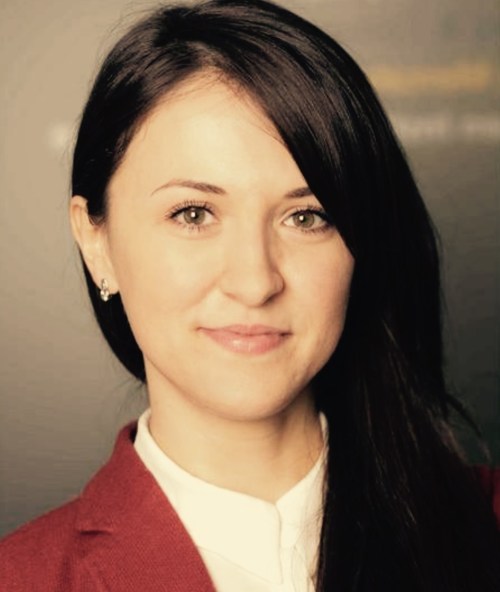 As part of the public sector cluster in Germany, I assisted the successful implementation of several digital transformation projects in the field of eGovernment and eJustice at national level. The implemented projects involved the successful deployment of major IT solutions that represent important milestones in the digital transformation of the German public sector. My areas of expertise include IT strategy and transformation, project and change management as well as test and quality management.
In my current work at the European level, I assist the European Commission in the implementation and monitoring of its digital transformation and data policies in the Member States. I provide strategy and technology consultancy services on aspects such as open data, the European data economy, as well as modernization of public administration and user-centric eGovernment.
As part of the European Data Portal flagship project, I assist the European Commission with the development of its annual EU Open Data Maturity Assessment and the promotion and development of Open Data strategies across the EU Member States, the EFTA countries and the EU accession candidates.