I was recently in Capgemini’s London office when I came across a BBC article that listed the city as being one of “the 11 cities most likely to run out of drinking water.” As I sat there listening to thunder and watching the rain rolling down the window, the claim seemed ludicrous. The UK is infamous for its wet weather. Yet, when we examine the fact that over three billion liters (enough to fill 37,500,000 bathtubs) of water leaks from UK pipes every day, it is perhaps easier to understand why the country may soon face water issues.

Some experts predict that serious water shortages may hit megacities such as London as early as 2025, leaving little time to determine and implement appropriate solutions.  In this blog, I’ve attempted to examine some of the more innovative schemes to tackle customer demand – just one of the facets that can play an important part in solving the wider water shortage issue.

Water companies face a tough challenge attempting to engage customers about their water usage, especially when factors such as cost may be relatively low in comparison to other household charges such as energy bills, rent, and council tax. This challenge is however being met with several innovative responses, the first of which looks at rewarding customers for “water-wise” behavior.

Several companies are now exploring this concept through the gamification of water efficiency. For example, Southern Water has recently looked at rewarding customers for reducing their water use, offering to donate up to £50,000 to local community schemes if water demand is reduced by 25% as part of their River Itchen Challenge.

Similarly, Greenredeem expanded their successful recycling reward scheme in several trial areas to educate and reward customers for water-efficient behavior by developing new channels to engage with their audiences. Customers in each of the trial areas were given access to a customer portal that monitors their usage, and rewards them with points for each liter of water saved. These points can be exchanged for discount vouchers, entries into prize draws, or even donated to charity.

With Greenredeem’s recycling reward scheme helping to nearly double the recycling rates in the council areas in which they operate, it is interesting to consider how the concept of rewarding customers for behavior changes could be applied more widely within the water industry by engaging customers through new channels. Mobile apps and online portals, for example, can present near-live usage monitoring alongside a wealth of educational content.

On the other hand, when attempting to tackle customer demand, several authorities are now considering punitive measures to financially punish those who use excessive amounts of water. While most people in the UK are accustomed to warnings of hosepipe bans and associated fines in especially dry summers, countries across the globe, such as South Africa, have introduced measures to systematically fine the highest water consumers.

The cities of Cape Town and Ekurhuleni have both introduced their own variations of this concept. In Cape Town, punitive charges have been introduced for those using more than 50L per day, and in Ekurhuleni, businesses will be charged up to a 40% penalty on top of their bill if they fail to decrease their annual average usage by 15%.

To fairly apply both the rewards and punishments outlined above, local authorities and water companies are, of course, limited by their knowledge of the water usage within the network. This is just one of the areas where the deployment of widespread smart-meter networks and tackling leakage may act as catalysts to indirectly enable wider schemes.

One of the issues facing water companies worldwide, however, is that the very areas that are most likely to be affected by water shortages (large cities with high population densities) present numerous challenges to smart meter installation rollouts. Several cities’ efforts to install smart meters have been hampered by lack of access to customer residences, and the issues associated with attempting to monitor individual usage within multiple occupancy residences, such as blocks of flats.

With the development of new smart meter technology, such as smaller portable meters, it will be possible to overcome many of these issues and the concept of educating and rewarding customers for water-efficient behavior may do much to overcome the negative public opinion surrounding the smart meters that are necessary to facilitate such schemes.

While reward schemes may seem to have lost their novelty within retail, they remain relatively unexplored in the utility sector and, if new technologies and communication channels are fully embraced, the water industry finds itself in a position to potentially engage with customers on a much more personal level than previously possible. This is particularly poignant when we consider that for many customers these companies remain largely invisible.

For the majority, the only time they interact with water companies is when they face an issue or wish to make a complaint. The opportunity to engage with customers by giving them visibility of their usage, as well as being able to personalize content and deliver messaging based on their individual habits, therefore provides an opportunity that should not be overlooked. If meaningful facts and figures are used as subtle yet consistent reminders to reinforce schemes – either reward or penalty based – perhaps the next time someone finds themselves caught in the rain, their first thought won’t be to question how the UK could possibly be facing shortages, but rather to consider how their own personal use plays a role in country’s wider water challenges.

To learn more or discuss water industry in UK, connect with me on social media. 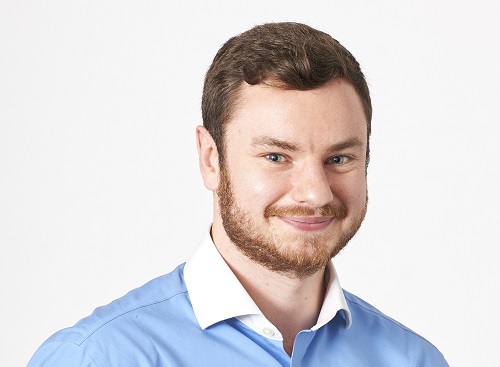 With experience within the retail, wholesale water, and wholesale wastewater sectors of the water industry, I am a highly adaptable individual who is driven to deliver lasting, technology focused, change.
My varied roles within utilities have enabled me to establish a broad knowledge of the industry from the asset base through to the customer. In these environments I developed a keen understanding of customer experience and innovative technology; as demonstrated by my delivery of the UK’s first water-based smart meter reward scheme.
Leading on a number of projects and specialising in business change and project management roles I have always risen to the challenge of delivering significant change within a short period of time.
It has been noted that I have a strong ‘self-starter’ attitude and ability to logically think through problems by asking the right questions and approaching issues with common sense.
Throughout my career I have constantly challenged myself to acquire new skills and knowledge to further my personal development – a challenge which I maintain in my present role and hope to continue.