At Capgemini India, we work hard but also pay attention to the right balance between professional and private life. Our approach to maintaining work-life balance also emphasizes team spirit and fun.

See what our colleagues have to say about their Life at Capgemini and how they strike the correct Work Life balance.

“Some people want it to happen, some wish it would happen, others make it happen.” These words of world famous American basketball player Michael Jordan prove to be the most apt for Sagar Kamuni, a self-motivated marathon runner.

Sagar joined Capgemini in 2011 and presently works as a SharePoint Admin at Capgemini India. He is extremely passionate about running and recently completed the Standard Chartered Mumbai Marathon (SCMM) 2015.

According to Sagar, every marathon is an amazing experience in itself and marathons in Mumbai are even more special as thousands of Mumbaikars along with skilled international athletes gather to celebrate the spirit of running! “Meeting old buddies and new people at the start-line, the enthusiastic audience cheering the participants, the media and celebrity frenzy, the cramps, aches and pain, and unknown co-runners egging you to complete the race – it’s just amazing” he says. Sagar completed the 42-kilometer run (CST-Bandra-CST) in spite of a thigh injury resurfacing after four kilometers. “On seeing my medal and certificate, the pain just vanished” he smiles. His most memorable moment was at SCMM 2014 when just before crossing the finishing line, a little girl handed over the Indian national flag to him. “This memory always remains fresh in my heart,” he adds. 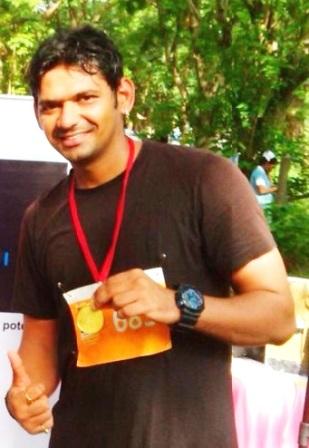 Sagar strikes his work-life balance firmly as running and gym sessions are sources of fun for him. He works out in the gym every day in the morning and then comes to work. At least twice a week, he runs for minimum 45 minutes in the morning when not exercising. According to Sagar, not having enough time is just an excuse. “It certainly takes some time to adjust with the schedule, but if you are determined enough then there is no stop,” He says. “I would also like to stress here that my career and family are equally important for me,” he adds.

Sagar believes in mixing weight trainings with outdoor running. Having a right goal, consistency and the right gear is key for any runner according to him. More importantly, he believes in listening to his body and not pushing it after a certain limit as that may cause an injury. In the end, all he has to say is “Don’t wait… get set go!”

Manish Kumar made two entries in one of the renowned world record books, Limca Book of Records. He biked through the country, east to west and north to south in record time. It is a distinctive achievement as no other Indian has made both the records by biking across the country. 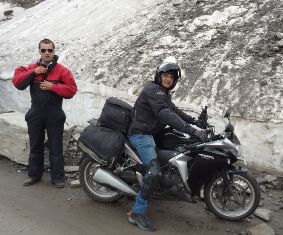 The previous records were of 119 Hours and 102 Hours respectively.
By ‘Fastest’ in the title of these records, one would be thinking that it is all about speed/racing; but actually it is not so. These are “Endurance Rides” and these require proper planning with regard to the terrain, roads of India, climate, safety riding gears, contingency planning, risk mitigation plan and last but not least is to ‘Know one’s limits’.

Manish’s journey had been covered by the Indian media as well. To read his article that featured in the Times of India, Click here.

When everything is smart and seamless, procurement ceases to be an operational function, and...

Procurement – the challenges and its changing role
Show all