In short, Smart Cities are Internet of Things (IoT) enabled environments that collect and utilise data. The IoT is a network of technologies, ranging from everything between your smartphone to weather monitors, which are all interconnected through sensors and able to share data. Smart cities capitalise on the plethora of IoT data available by responding with automated actions and tailored user information, so that citizens can enjoy a more informed and streamlined digital interaction in their everyday duties. For example, in Yinchuan, China, commuters can ride buses that use facial recognition technology to automatically charge them for their ride, meaning they no longer need to carry cash or go to the effort of buying a ticket.

The possibilities for smart city applications are truly phenomenal in size and will exponentially grow during the next decade. A critical area of adoption that could benefit us all resides in law enforcement. In a world of increasingly rich data, smart cities could significantly amplify law enforcement capabilities by automating investigatory and assessment work, flagging potential risks for closer inspection by a police officer that can be actioned further. Law enforcement applications are already being deployed and explored, which include:

Whilst Smart cities can provide a wealth of benefits to people and police alike, this comes with a great amount of responsibility, particularly for law enforcement agencies who will need to keep us safe in an ever more data-self exposed world.

For every smart city opportunity, there’s also a challenge for law enforcement

Whilst some may see the promise of smart city technologies as one to be hailed, others may perceive them to be the realisation of an Orwellian nightmare.

The relationship between effective protection versus being under the constant supervision of ‘big brother’ is always a challenging one, with real world consequences. Morality aside, law enforcements agencies will also face a swathe of difficulties in tangibly realising these benefits smart cities pose. Some of the key challenges are diverse and include the following:

So how can law enforcement agencies overcome the challenges?

Evidently, law enforcement has some difficult barriers to break down if it wishes to utilise smart city technology as a means of keeping citizens safe. In reality, this is not a choice, but a given, as the world accelerates towards the fourth industrial revolution. To enable the benefits, law enforcement agencies should consider the following solutions:

Smart cities offer an unrivalled opportunity to create a more digital-centric experience for citizens and an entirely new way of policing. By facing the challenges head on with pragmatic, open minded and bold solutions, law enforcement can significantly boost its ability to keep the public safe whilst also earning its trust. 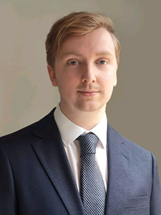 Alexander is a Senior Consultant within Capgemini Invents UKs Public Sector unit. Passionate about driving positive change to public safety clients he regularly combines his keen interest in global affairs and passion for technology, with his years of experience in business transformation and strategy to identify, design and deliver value for his clients.