Invent Senior Consultant Edward Jobson takes a look at the recently-announced UK government’s roadmap out of lockdown and what it means for retailers.

Like any consultant worth their salt, I love a good roadmap. So too, for that matter, do most of our retail clients. And so, along with the rest of the nation, I can well imagine that retailers the length and breadth of the country breathed a sigh of relief this week – and maybe even allowed themselves a muted moment of celebration, as the UK government unveiled its roadmap out of lockdown.

I’m pretty sure that most of our readers will already have the key dates in their calendars circled and double-underlined in bright red felt tip, but let’s take another quick look at the roadmap and what it means for retailers.

On the theme of not getting too carried away, with the end of the financial year approaching in April, the full cost of the pandemic is dawning for many retailers. John Lewis, H&M and Mike Ashley’s Frasers Group are all anticipating big losses. Large retailers like these will have to look again at their store estates. Expect further announcements of store closures, or repurposing stores to serve online fulfilment. For example, John Lewis is set to shed 8 of its current 42 stores, having forecasted that up to 70% of its sales will come via online channels by 2025. This last figure alone demonstrates the dramatic acceleration in the shift from physical to online retail driven by the pandemic.

Let’s keep positive. A pent-up economy emerging from lockdown should prove fertile ground in particular for multichannel retailers who have managed to sustain or grow during the pandemic through the development of innovative online business models, and will now be able to leverage their physical channels as well. Meanwhile, pureplay ecommerce retailers, such as ASOS and Ocado, are well set to sustain growth despite the reopening. Both have made smart acquisitions recently to bolster impressive performance during lockdown. ASOS is due to launch a huge campaign across YouTube, TikTok, Snapchat and Instagram to coincide with its recent acquisition of Topshop and Topman from Arcadia earlier this month. It will be interesting to see if ASOS can refresh and revitalise what was becoming a slightly tired millennial brand, perhaps by reaching out to a new Gen Z audience via social media channels. Meanwhile, Ocado continues to go from strength to strength, having snapped up a string of tech start-ups dealing mainly in robotics and AI, as it looks to develop its smart platform technology services alongside its online retail business and collaboration with M&S. 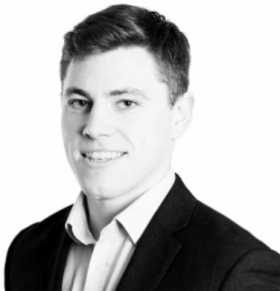 Ed has a proven track record of helping multiple major international retailers through large scale business transformation programmes, with a strong interest and recognised expertise in Business Process Design, across Grocery and GM.