The HGV driver crisis continues on this week, with industry figures voicing concern at potential resolutions, and Poundland announcing it will pay the £2,000 cost it can take for drivers to achieve their HGV 1 license.

As background, the UK is thought to be carrying around 100,000 heavy goods vehicle vacancies across various supply chains. A long-term challenge of an ageing driver population has met short term crunches as high numbers of non-UK drivers left the country at the start of the pandemic, and a backlog of driver tests increased during the pandemic. It’s not just Iceland offering incentives – examples include Tesco offering a £1,000 bonus to new recruits, and Waitrose offering up to an additional £5,000 to salaries.

Whilst these may keep shelves full in the short-term (there are reports of some availability disruption), the industry acknowledges there’s a supply problem with drivers, which means even if a retailer can fill its vacancies, knock on effects elsewhere may impact the wider supply chain.

Reducing barriers to entry and more enticing pay may well help address that supply problem today – longer term, there may be wider transformation as this is a challenge common in many countries. Major hauliers and manufacturers are experimenting with autonomous driving to some degree, through for example assisted driving, or a driver at the head of an autonomous convoy. A major disruptor within this may well be Amazon, who is becoming a major player in the fulfilment industry. Fulfulment by Amazon (previously Amazon Transportation Services and other names) is its growing in-house logistics backbone of thousands of lorries and which includes 73 planes owned outright by Amazon. As may be expected, the company is likely to be a major source of change and innovation – a direction indicated by major investments in Autonomous trucking.

Elsewhere, we see continued confidence and investment in grocery delivery. Deliveroo announced strong H1 sales growth this week, and as part of this the company shared that seven per cent of its volumes come from grocery as opposed to restaurant, and  this number is rising. With this, elements of the ‘dark store’ model are becoming attractive. A key investor in Deliveroo is Delivery Hero, who also see Grocery as a big opportunity, and Amazon of course have looked to invest in Deliveroo too. SPAR has announced a platform to enable e-commerce – each week brings further news of the transformation in grocery delivery from being focused on large / dark store based, planned activities, to small basket / small store based, quick delivery. Tim Steiner at Ocado sees their growth as catering for a very different mission and a different order of magnitude from the more traditional online grocery market – time will tell to demonstrate if the two can indeed co-exist, or if we start to see cannibalisation in sales or crossover in models. What is very likely however is we’ll continue to see consolidation in the market, as scale starts to play a part in keeping delivery costs down as growth hots up – as the acquisition of Dija by GoPuff demonstrates. 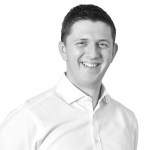 The purchase of products is part of our everyday lives and while traditional retail may be in...

Bumps in the roadmap

Bumps in the roadmap
Retail

We examine the predictions about post-lockdown consumer behaviours that are starting to...