In my previous blog, I announced the launch of Capgemini’s UK Graph Guild and introduced the notion of basic graphs and a number of simple use-cases.  In this blog, I want to delve deeper by looking at special types of graphs called Directed Acyclic Graphs (DAGs) and their applications.

What are Directed Acyclic Graphs (or DAGs)?

To understand what is meant by a “directed acyclic graph”, it is best to break-up the phrase into its component parts

i) A “graph” is a structure comprising of:

For example, a directed graph can be used to represent a particular website, where sites or web-pages are nodes and the edges are the hyperlinks from one page to another.

iii)  A “cyclic graph” is a graph in which it is possible to find at least one node, and by following a sequence of directed edges eventually return to the same node. The graph in Figure 3 is cyclic, as we can start at Node B, go to nodes C, D and E and return to B.

Putting these concepts together, a DAG is a graph in which all the edges are directed, such that it is impossible to find a node and follow a sequence of edges that eventually loops back to the same node.  Phew, that’s a mouth-full.

A key property of DAGs is that they have what is known as a “topological ordering”, which means that the nodes of a DAG can be put into a linear sequence with the nodes given an “ordering”, specifically nodes at the beginning of the sequence have a “lower value” than nodes at the end of the sequence. For example, a topological ordering of the DAG from Figure 4 could look like this:

This topological ordering property, as well as other key properties, make DAGs very efficient at a number of tasks (such as finding the shortest path from one node to another) and are the reason DAGs have a wide range of use-cases.  In fact, DAGs are far more ubiquitous than you might imagine, being not only a critical data structure in mathematics, statistics and data science, but they appear almost everywhere and in some unexpected places.  A number of use-cases deserve specific mention:

However, a DAG based distributed ledger (due to its graph structure) can process hundreds of thousands of transactions per second, and do so with far lower transaction costs.  This could enable use cases such as P2P energy trading to become entirely viable, a feat that has so far eluded current blockchains.

However, higher screen time probably doesn’t cause obesity directly – it is more likely there is an intermediate process (being a reduction in physical activity) that is responsible for weight gain.

However, there are factors (called confounders) that influence both the amount of screen time and the risk of obesity.  Indeed the authors of this study identified low parental education to be such an influence.

It is the use of DAGs that allow the easy identification of confounders and spurious relationships – without it erroneous conclusions would easily be reached, such as falsely attributing screen time as the sole factor that causes obesity.

I hope I’ve shown that DAGs appear in a range of situations, and given a glimpse of their properties that makes them so very powerful.  If you would like to know more about Capgemini’s UK Graph Guild, or if you want to know how we can help you apply graphs to your data, please get in touch. 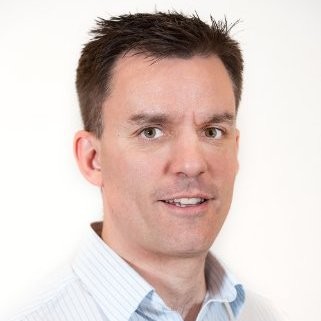 The road to frictionless finance starts with a fully integrated, AI-enabled O2C solution that...