In London, the Mayor’s Transport Strategy (March 2018) stated that the city’s reliance on cars has made London streets some of the most congested in the world, with road traffic responsible for half of the main air pollutants.[1]

One third of citizens surveyed in a recent report, titled Street Smart, say they may leave their city due to the challenges they face living there, with 38% citing large amounts of time spent commuting and 42% citing high levels of pollution as key drivers. The report details the survey results from 10,000 citizens and 300 city officials, across 10 countries and 58 cities, and explores how smart cities could hold the key to improving urban life.[2]

Smart cities offer alternatives to the current urban experience, and some city dwellers even indicate a willingness to pay for smart city initiatives

A smart city is defined by the United Nations Economic Commission for Europe as:

“… an innovative city that uses information and communication technologies (ICTs) and other means to improve quality of life, efficiency of urban operation and services, and competitiveness wile ensuring that it meets the needs of present and future generations with respect to economic, social, cultural, and environmental aspects” [3]

Transport and mobility are seen as particularly attractive areas that citizens are eager to use. Citizens have seen significant improvement in both their commute time and efficiency and productivity at work thanks to transport- and mobility-focused initiatives.

Carnegie Mellon University and Pittsburgh city engineers have deployed an artificial intelligence-based system that enables traffic signals to communicate with each other. Each traffic signal makes its own decision by sensing the approaching traffic flow and coordinates traffic movement with nearby signals. This has reduced average travel time by 25%.[5]

Similarly, Copenhagen has installed intelligent traffic signals that can prioritise bikes and busses over cars. This system can potentially reduce bus travel time by 5-20% and cycle travel time by 10%.[6]

COVID-19 has turned urban transport and mobility upside down, but also creates an opportunity for the UK to accelerate smart city initiatives

Consumers are showing an increasing preference towards individual mobility for health and safety reasons, with nearly half (44%) saying they will use their car more often, and public transport less often in 2020 and into the future.[7] This is in direct opposition to the Mayor of London’s target to have 80% of all trips in London to be made on foot, by cycling or by using public transport by 2041.[8]

Similarly, research done by Transport Scotland found that 40% indicated they would avoid public transport and use their car or other vehicle more often than they did before when restrictions on transport are lifted.[9] Smart city initiatives could be a way to incentivise and manage the COVID-19 crisis by encouraging sustainable modes of transport and avoiding the increase in congestion and air pollution that private car usage would create.

London has already installed video sensors with artificial intelligence capability in 20 locations across the city to detect the volume of transport, especially cyclists and pedestrians in order to use a data-driven approach to determine demand for new cycling routes in the city.[10]

However, more needs to be done to bring smart city initiatives to the forefront. Accelerating momentum requires close collaboration between stakeholders – city officials, academic institutes, or venture capital funds – with a focus on trust, innovation and data as the key drivers. Such collaboration should strive to create a compelling smart city vision based on sustainability and resilience. It should turn city officials into entrepreneurs while ensuring that data protection and trust are built into how citizen data is gathered and used. Finally, a culture of innovation and collaboration with citizens and external entities will also be key for unleashing a city’s full potential. 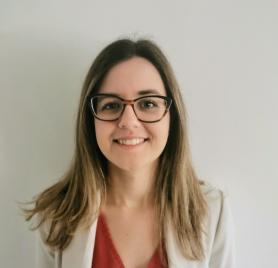 Trends, technologies, key topics, and issues around the public sector that will shape up...

A GOV.UK account – is this the unified government experience users have been waiting for?

A GOV.UK account – is this the unified government experience users have been waiting for?
Artificial Intelligence

UK Government could benefit significantly from unlocking the value of its interconnected...