“There can be a catastrophic failure in one part of the battleship without sinking it — ringfencing is one of those watertight doors” – Mark Garnier, MP

Several tier-1 UK banks fell in scope to be ring-fenced, including Barclays, HSBC, LBG & RBS. All progressed with the required structural changes, eventually going-live on 1 January 2019. Ring-fencing proved highly complex with a total cost to the banks of >£3bn.

A year on, the indications from the banks since go-live suggest that the reforms have so far gone relatively smoothly and with no major issues for either the ring fenced or non-ring fenced entities, while the new structure serves its primary purpose of mitigating systemic risk within the UK retail banking sector. However, while the UK has adopted banking structural reform, aspirations for similar reforms for non-UK European Banks have stalled owing to a combination of EU politics and competing for banking priorities. Hence, the question remains whether ring-fencing a bank demonstrates foresight or folly.

The pain of the ring-fence journey

The implementation costs of dividing a banking enterprise into two separate entities across multiple jurisdictions, customer sets, infrastructures etc. has, predictably, been costly. The total spend for each bank for their ring-fencing program has varied according to the size and complexity of particular banks, ranging between £0.6bn – £2bn.

The key driver for the costliness of ring-fencing was the sheer complexity of dividing the banking enterprise. Using the experience of one particular bank as an example, different stages of the program had upwards of 1000 resources dedicated to the multiple implementation streams. A key contributor to the complexity was the division of the application and systems infrastructure between ring-fence and non-ring-fence. Given the multiplicity of the systems within the bank, the resources devoted to data migrations, re-configurations and testing cycles was a key driver of cost and implementation time. A further driver of the cost was the length of time required to plan and then implement a program of this complexity. Hence, this bank incepted their program immediately following the publication of the Vicker’s report from the Independent Commission on Banking in 2011 before the final roll-out of ring-fencing in early 2019: a full 8 years of running an active program.

A key concern for the banks has been the risk that excess capital may become “trapped” in the ring-fenced arm of the bank – hence, impacting their future profitability. However, this has been alleviated by the BoE granting a concession to the banks to pass excess capital to the parent company in the form of dividends (before passing on to the non-ring fence bank) as long as the PRA is informed, and minimum capital requirements are maintained.

Will it all be worth it?

It has been a long, costly but ultimately a successful journey for UK tier-1 banks to ring-fence themselves in response to the regulatory mandate to mitigate systemic risk. Indications since the 2019 go-live point to ring-fenced banks being free of significant issues. However, how far has profitability for their corporate & investment banking arms been maintained? Taking a second bank as an example, the profits of its investment banking arm have held-up well in 2019 compared to many of its European and American peers. This has largely been the result of reducing its cost base by a combination of curbing its restructuring costs and reducing litigation costs. Thus, these early results point to the ring-fenced banks needing to focus on reducing its cost base to mitigate any competitive disadvantage compared to its non-ring-fenced peers. Looking forward, therefore, medium-term and long-term activities for cost-base reduction might include the greater use of tooling, data science and AI solutions to automate and increase efficiency in investment banking operations. Other areas for cost-base reduction would be to minimise regulatory capital – particularly with the introduction of new Basel IV requirements which is set to increase current regulatory capital levels. Hence, there is a requirement for constant review and re-assessment of investment banking businesses in order to reduce its Risk Weighted Assets and thereby minimise the regulatory capital needed to be held. Moreover, the mitigation of systemic risk by ring-fencing a bank’s retail arm should strengthen the bank’s credit ratings compared to international peers – hence potentially reducing funding costs in the market. 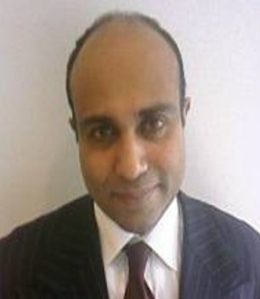 Neeth is an experienced risk, regulation and technology professional within the Financial Services Industry who has been consulted by many banking clients over the years to successfully deliver key transformations.

Will Basel IV make your cost of risk rocket?

An overview of the upcoming changes to Basel III regulation and the challenges which will...

The Clock is Ticking to Replace IBOR

Replacing IBOR is a vast undertaking for most banking enterprises and the countdown to...

The Clock is Ticking to Replace IBOR
Automotive

The big move: from Waterfall to Agile and what it means for IT Governance

As the great migration to Agile continues, IT risk and security must adapt to survive. But...

The big move: from Waterfall to Agile and what it means for IT Governance
Show all