So says Information Architect Abby Covert in her book “How to Make Sense of Any Mess”. She defines a “space” as open, free, or unoccupied, and a “place” as a space that has been designated and designed for a specific purpose. For example, a table in the centre of a room could become a dining table, a desk, or a display space. By putting down a table-cloth or adding an item description, you suggest one category of uses more strongly than another: you begin to choreograph a series of steps, defining how someone should interact with that table.

“How to Make Sense of Any Mess” was only published in 2014, but the idea of placemaking is not a new one. From the 1880s onwards, scholars of history, religion and psychology began to reflect on the idea of human beings as always situated in space. Yishai Blank and Issi Rosen-Zvi have commented on how considerations of space are no longer confined only to disciplines that deal directly with the “physical dimensions of social existence”, such as geography, architecture, and urban planning. Now, space has a recognised role to play in politics, in technology, and even in the workplace.

Abby Covert’s reflections on the roles of space and place in problem-solving was particularly reminiscent of the goals and methodologies of Capgemini’s Accelerated Solutions Environment (ASE). Placemaking is recognised as vital to the success of an event.

The ASE team constantly strives to use space to construct an environment of productivity. Working to the mantra of “everything speaks”, it is the goal of the team to make the language of each place precise. To say, “Get ready to relax. Get ready to work. Get ready to think and act creatively.” To this end, the environment at each event is consciously designed to be free from any obstacles to movement or work, in recognition of the subconscious effect this has on every inhabitant of the space.

What is perhaps most exciting about spaces and places, is that they are “always in the process of being made” (Doreen Massey). Even the most carefully designed places cannot fully account for the contexts, movements and lived experiences that people bring to any environment. As Covert is quick to warn: you can suggest the meaning of a certain space, but people will move how and when they want. You encode your intent through clues, but people have the capacity to change and define their own spatial relations.

One example of this are “desire lines” – paths tracked through the grass by people making movements contrary to official planning; rejecting the use of paved paths for more expedient travel. Returning to the idea of a table in the room, a table cloth doesn’t prevent someone from taking out their laptop. Indeed, there’s nothing at all to stop someone from pushing the table to the side to make room for dancing. French philosopher Henri Lefebvre called this phenomenon “spatial practice”, a contrast to the hard lines of “representational space” – the documents of architects, city planners and interior designers who hope to use space to guide human behaviour.

Places, therefore, are constantly being produced and reproduced through the movement of individuals, goods, and information. The ASE’s methodology recognises this, emphasising flexibility and encouraging a balance between planning and responsiveness. It is a methodology that uses places to speak, but also recognises a place as something that is spoken to. It combines people and place in symbiosis to make each event inspiring, unique and effective, and to deliver the right outcomes for our participants. 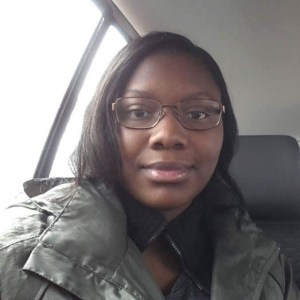 Remaining Digitally Inclusive in the “Next Normal”

Summer 2020 may not be what we’d had planned, however many of us are starting to see some...

Remaining Digitally Inclusive in the “Next Normal”
Accelerated Solutions Environment

Building back ecological resilience is an urgent collaboration challenge

None of us imagined 2020 to unfold like this. Whatever it is that keeps us awake at night has...

Beyond a “Black Swan”: the future of collaboration

After a Black Swan event, things are never the same. But though paradigm shifts come with...

Beyond a “Black Swan”: the future of collaboration
Show all