The Earth is out of balance

To fight global warming, the European Commission, in line with the objectives of the Paris Agreement, leads the transition towards a Climate Neutral economy  with the aim of achieving net-zero greenhouse gas emissions by 2050. At the global level, the United Nations issued a call for action to mobilise citizens around 17 Sustainable Development Goals (the thirteenth of which concerns the fight against climate change[3]) and to immediately launch several major scientific research programs.

The conditions are now in place to better monitor the Earth and improve our understanding of phenomena linked to climate variability. The exponential growth in the volume of data coming from a variety of sources, including Earth observation satellites, together with the maturity of cloud and AI technologies, make it possible to reinvent the way we use data.

Capgemini is at the heart of collecting, processing and enhancing data for the benefit of the major scientific Earth observation programs run by NASA, the European Space Agency (ESA), the European Community, and France’s National Centre for Space Studies (CNES).

Understanding how the climate works on a planetary scale

We create mission or ground control centres when Earth observation satellites are sent into space. We are working, for example, on a project that measures changes in carbon dioxide levels in our atmosphere, particularly in areas that are impossible to monitor from the ground but liable to release CO2 in the near future, significantly intensifying climate change.

We are working closely with ESA and NASA to set up a collaborative platform that allows the scientific community to access data provided by similar NASA-NISAR, NNASA-GEDI,[4] and ESA-BIOMASS forest observation and surveillance missions. Our expertise also allowed us to get involved in the Chinese French Oceanography Satellite (CFOSAT) mission, whose aim is to monitor the oceans on a global scale to better anticipate the formation of storms and hurricanes.

Demonstration of the “Geoforest” solution, which observes and monitors forests:

Our experience on the ground, together with our understanding of data (particularly of data coming from space), allows us to deliver a rich digital environment dedicated to the climate. This secure platform combines cloud and AI technologies so that the entire European ecosystem (scientists, citizens, industry representatives, as well as public and private authorities) can generate, access, and explore viable and immediately applicable information from ESA satellites. The platform facilitates near-real-time decision making based on intelligent indicators of air quality, the spread of deforestation or urbanisation, or the state of the oceans and crops. There are multiple applications – from predicting clean energy production based on climate variability, to analysing rice crops, or even monitoring natural disasters, such as fires or floods.

Demonstration of the “Georice” solution, which analyzes rice crops:

Spurred by European research and committed to responding to the major challenges of our time, Capgemini is at the heart of the co-development of innovative tools to serve the planet. 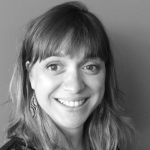 Capgemini Invent Sustainability Solutions, changing how we do what we do

Capgemini Invent Sustainability Solutions, changing how we do what we do
Predictions 2022

The impact of sustainability will outshine COVID-19 in 2022

How your suppliers can help deliver your sustainability agenda

More than a third of all annual public spending is with external suppliers. Can you imagine...

How your suppliers can help deliver your sustainability agenda
Show all