AI is powerful and while currently unregulated, it is set to transform business processes and boost productivity across industries and the economy as a whole. The ideal to which the AI Age (fourth industrial revolution – in fact) aspires will drive a transition from human-led to services to those with limited human interaction. Some experts worry that the development of AI technologies may bring about severe consequences on humanity whilst others have a differing take on advancements within the field. One side sees AI technology as overwhelmingly capital-intensive and labour-replacing, such as the capability of self-driving cars replacing taxi drivers. Whilst the other side sees the opportunity for AI such as robotics and connected autonomous systems which will deliver the conditions to accelerate social mobility, as well as play a major role in planet sustainability. Some may argue that there are psychological gains of AI automation – the hypothesis “leisure itself” is an activity that robots cannot perform and the free time might actually make us better thinkers, thus boosting innovation.

We are already seeing some powerful examples where AI is in use today.

China, fuelled by an ambition to be at the forefront in AI technology by 2030, are guiding federal and local governments incentivising entrepreneurs to foster “intelligent education” to produce AI products to improve student learning and interaction. Some well-known applications of AI in Chinese schools are making use of facial recognition sensors in classrooms to monitor student engagement with teachers to review and adjust their impact. Another example is AI computer vision easing teacher marking burden (time spent out of hours marking student papers) a blessing which is giving teachers back their personal time.

But all this is not without danger and contradiction.

The general tendency of the fourth industrial revolution is to substitute humans with AI capabilities, thereby potentially displacing people in society. This could result in the alienation of society; a danger that in the next few decades will be a society resulting in divided groups:

Nevertheless, there is also the possibility that the revolution will create a enough jobs to replace the lost ones. This is because even though AI is quantitative, of exponential speed, and scalability, AI machines lack the human grasp on leadership, teamwork, creativity, and judgement. For instance, Tesla attempted to fully automate its assembly line only to discover that the robots could not achieve unexpected tasks which then required human attention. Yet still, opinions continue to differ on how large of a number and will jobs shed faster rather than generate new ones in time.

All things considered, this raises both economic and social problems.

It can be understood that citizens in an age of AI are essential to the economy only in one manner; as consumers of products and services. There is certainly a danger that a significant loss of jobs could result in income inequality. Billionaire entrepreneurs including Bill Gates, Elon Musk, and Richard Branson argue that AI will make universal basic income (unconditional income that is enough to meet a person’s basic needs) necessary.

Society needs to rethink how people can work in co-operation with intelligent machines and if so, who in society should do so?

Instinctively we lean towards the government. Government exists because society has understood that protection against violence, access to public services, and order is easier if we stay together in a group and collectively agree that some people in the group should have more control than others to enable a well-functioning society.

Unemployment in the age of AI could be politically and socially explosive for the government.

It is in the government’s interest economically and politically to prioritise planning and managing employment modernisation as a keystone economic policy to ensure people continue pumping demand into the economy. The government has taken steps when the House of Lords select committee on Artificial intelligence published that the “UK cannot lead to AI spending but instead lead to developing the international norms for AI ethics”. If such is accurate then the question is where can the government begin to lead on AI ethics?

To realise the full benefits to society the government needs to create an exemplary role model community and ecosystem, an ‘AI society for all’.

AI in the public sector is labyrinthine to effect public assurance, a lot of standard measures need to be legislated such as regulation, increasing diversity in data science, and introducing uncertainty in AI models (empowering human specialists and ensuring accountability). This is to ensure that citizens are not left behind or exploited. The government should also consider activates such as planned economy for AI thereby minimising workforce disruption and planning for generation AI and assuring the safety of artificial intelligence and automation ventures. For instance, the government can work towards ‘generation AI’ to teach them on the limits of AI technology and to give them frameworks to protect themselves.

The time to lead on AI regulation is now! The government already strained with political issues and by environmental groups may well experience further pressure if AI Algocracy does not benefit citizens, which could lead to AI being perceived as detrimental, possibly turning the issue into a full-blown national conflagration. 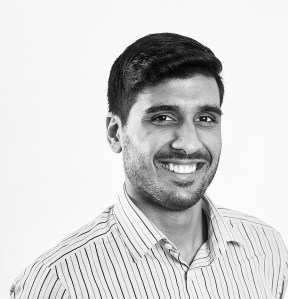 Pardeep is an AI advisory consultant in the Insight Driven Enterprise practise with a passion keen for delivering AI Technology ethically.

Trends, technologies, key topics, and issues around the public sector in the UK that will...

Data quality isn’t often thought of as the most exciting aspect of data science, but that...

Computer programming is about automation, and machine learning is “all about...