Hello and welcome to another instalment of This Week in Retail. Our intrepid TWIR reporters have combed the internet to give this week’s issue a distinctly international flavour, as we look at the latest retail trends in Hong Kong, Russia, the US and Australia. If all that sounds a bit too exciting, then don’t worry – we also have a story about £2 bras from Primark.

But first, let’s touchdown in China, where the general population are recovering from the annual online shopping frenzy that is Singles’ Day, which took place on Monday. This year’s edition churned out some staggering figures that make the upcoming Black Friday-Cyber Monday weekend look more like a village hall car boot sale in comparison. Here’s a few eye-watering stats:

While discount-weary Western retailers and consumers have cooled towards Black Friday in the last couple of years, the Singles’ Day phenomenon shows no sign of abating in China, despite national economic growth slowing to a 30-year low. While Black Friday-Cyber Monday is essentially about retailers offloading big-ticket white goods and high-end technology items before Christmas (with high initial margins leaving room for heavy discounts), the reach of Singles’ Day seems a lot broader. Some consumers are taking the opportunity to make a “lifestyle upgrade” purchase, while others are simply stocking up on essentials – a year’s supply of shampoo anyone? Everything is discounted, from Porsches to toilet roll. As ever with Chinese consumers, luxury brands are front and centre on Singles’ Day. After a successful foray this year, Burberry may look to reorient itself further towards the China mainland and away from political unrest and economic uncertainty in Hong Kong, where 8% of Burberry’s total global sales are currently generated.

E-commerce is also catching on in Russia, where a 26% expansion in the online shopping market this year alone has seen retailers like Ozon, Wildberries and Apteka.ru enjoy remarkable success, despite the logistical challenges of operating in such a huge and sparsely populated country. Similar logistical challenges in the US could explain Amazon’s slowly-but-surely approach to entering the grocery market, with speculation that it is struggling to adapt its supply chain network of enormous out-of-town distribution centres to the shorter lead time demands of grocery. Amazon snapped up Wholefoods back in 2017 but the anticipated clicks-to-bricks ultra-convenient grocery revolution has not yet materialised, with only a handful of Amazon Go stores currently operating worldwide.

Back in the UK, Lidl has announced ambitious plans to open another 230 new stores over the next three years. The decisiveness and clear market strategy of Lidl and its great rival Aldi have pushed their combined market share up to 13.9%, with the big four falling from 68.8% last autumn to 67.6% this year. Stiff competition back home has encouraged Sainsbury’s to look to new international markets, this week announcing a strategic sourcing partnership with Australian supermarket Coles. With the squeeze well and truly on, Christmas will be more important than ever for the big four, who will be gearing themselves up to grab as big a chunk as possible of the £11bn expected to be spent on groceries in December in the UK. As is now tradition, John Lewis has fired the festive starting gun and the race is on! 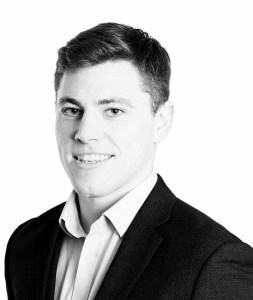 Ed has a proven track record of helping multiple major international retailers through large scale business transformation programmes, with a strong interest and recognised expertise in Business Process Design, across Grocery and GM.

Thank you for submitting your request.

Trends, technologies, key topics, and issues around the retail sector that will shape up...

Fashion retail and success: a complicated and ever-changing relationship

This week Senior Consultant Nick Graham discusses the latest stories in retail, with a focus...

Fashion retail and success: a complicated and ever-changing relationship
Show all