The Prince’s Trust and TK Maxx & Homesense Awards honour the achievements of young people who have succeeded against the odds, improved their chances in life, had a positive impact on their local community, as well as people who have played a part in supporting the work of The Trust.

Rickie was presented with the West Midlands Capgemini Rising Star Award at a ceremony at Aston Villa Football Club in Birmingham. 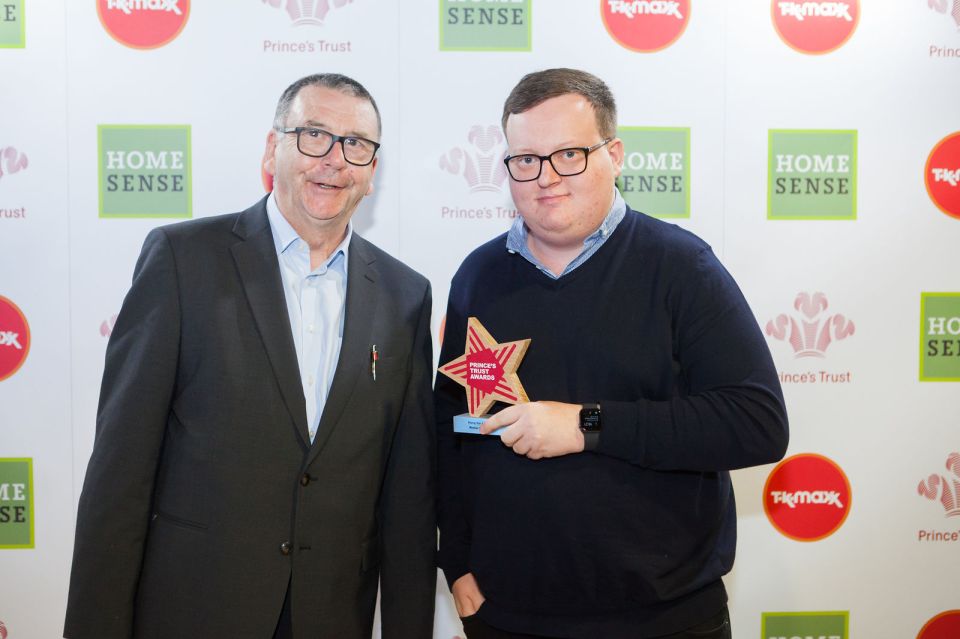 It was hard for Rickie to excel at school, but the one thing he knew was that he had a real passion and talent for IT. By the age of 13 he was building websites for friends and wanted to pursue a career in the IT industry.

Despite being told that due to his poor grades and learning difficulties he should try something ‘more realistic’, Rickie never gave up on his dream on working in the IT industry, and when he spotted an advert for a Prince’s Trust ‘Get started with Apps’ training programme that was being run by Capgemini, he took the opportunity and applied.

Rickie wowed the course trainers so much that he was offered a two-week work placement at Capgemini, which led to a software engineer apprenticeship offer, and the rest is history!

Our long-term charity partner the Prince’s Trust helps young people to develop the confidence and skills they need to realise their ambitions, by supporting them with confidence, courses and careers. Three in four young people helped by The Prince’s Trust move into work, training or education. To date, The Trust has helped over 950,000 young people and supports over 100 more every day.

Find out more about our partnership with the Prince’s Trust.

Speaking at the awards

Rickie said: “I could not believe it when I was told I had won. I am so thankful to everyone at The Trust and Capgemini who have helped me get to where I am today. I hope my story will inspire young people who find themselves in a similar situation to where I once was and they understand that they can do anything if they put their minds to it.”

Christine Hodgson, Chairman of Capgemini in the UK and Chief Corporate and Social...

Imagine a factory where robots are speeding past you, where your team can focus on quality...

Industry 4.0:- Discovering the power of smart factories
Show all