42 hours. That’s how much time I dedicated to the most recent series of Love Island. From day one, when they walked out in swimwear, I was hooked. What has kept me and a record breaking 3.7 million others so #loyal?

Live viewing is back. Countless articles are bemoaning the death of live-TV and heralding the shift towards on-demand binge watching, but Love Island has bucked the trend. The show has brought families and friends together for daily co-viewing (although I wouldn’t recommend watching with your gran), live tweeting, and the morning after water cooler moment. As viewers, we are lured in through real-time engagement; from voting, to live polls, to competitions – all available via an app.

We need distractions from everyday life. At the start of this year’s series, my housemate refused to watch the show. He claimed it was ‘too low brow’, ‘chauvinistic’ and ‘mindless drivel’. Whilst there can be little doubt that the show’s attitude towards body image, objectifying people, and consent can be seriously problematic, it is actually the show’s ‘low brow’ content that creates an escape from the pressures of real life. We all like to watch someone fall in love (even if it’s within a 2-hour period). Love Island isn’t trying to be University Challenge. It doesn’t claim to be an informative educational show, it’s positioned to appeal to the masses – and it does. By the way, by week three my housemate was hooked – he did not miss a single episode. No one is immune to the Love Island obsession.

So what opportunities does a show that reaches 57% of 16-34-year-olds create for marketers?

Love Island has created a plethora of opportunities to engage with a captive millennial audience. Over the past few series, we have seen a number of effective product placements; VO5 and Dyson has provided the extensive haircare regime, Samsung has supplied the phones for those critical texts, Superdrug has kept the cast safe from the sun, and Ministry of Sound has brought the party.

The premise of the show is that the contestants find love, but really the most important goal is to make the viewers at home fall in love with them. The more we fall in love with the islanders, the more influential they become. As their social media following goes up, so does the price tag that brands are willing to pay to be associated with them.

In the opening scenes of the Series 4 premiere, host Carole Flack wore a yellow playsuit. In the UK, 63.8% of shoppers aged 16-35 claim to be influenced by celebrity fashion, so it’s no surprise that Ebay.co.uk reported a 276% rise in searches for a ‘yellow playsuit’ during that episode.

But this is just the tip of the iceberg. Love Island has pioneered an even greater shift for the retail industry, having monetised dual screening. The sponsorship of the 2018 series by Misguided is reported to have generated a 40% boost in sales during the show, and the sponsorship by I Saw It First in 2019 is claimed to have resulted in a 67% sales uplift. This has fuelled mobile commerce, as viewers are able to purchase the contestants’ outfits, directly from the Love Island app. These fashion retailers reported an instant 500% sales increase for certain outfits after their on-screen exposure. Being able to understand this mentality of see it, want it, buy it right now is intrinsic to winning the millennial pound. These partnerships offer a truly integrated customer experience, from discovery through to purchase. They are underpinned by real-time data and enable continuous sales and marketing optimisation.

The Love Island influencer journey does not stop there. Lucrative endorsement deals are available to contestants following a successful appearance on the show. In 2018 Dani Dyer (winner of the series) signed a £500k deal to design her own clothing range for In The Style, and Megan Barton-Hanson (who came fourth) became brand ambassador for PrettyLittleThing.

But there’s also a dark and misleading side to social media influencers.

Towards the start of this series the marketing firm Takumi, which specialises in Instagram influencers, found that over 50% of almost all the Love Island contestants’ so-called ‘followers’ were fake profiles. With the ability to reach millions of your target customers with just one Instagram post, it is no surprise that brands are queuing up to secure endorsement deals. But if ~50% of their followers are fake, then someone is clearly getting mugged off.

Since the start of this year’s series, the contestants’ follower count has rocketed, and according to research based on IG Audit analysis, the increase in ‘follower’ numbers seems to be more genuine.

Based on the rates of fake ‘followers’ recorded after the series (as set out below), we have calculated that brands may be wasting between £1,001.44 and £1,805.56 buying endorsements from any of these Love Island finalists. Clearly social media follower count is not the most helpful measure of understanding how much influence an individual has. Brands should undertake a much more comprehensive assessment before they engage.

So, what are the top three lessons we can take from Love Island’s marketing success?

At the end of the day, it is what it is. Love Island can unlock an abundance of marketing opportunities, not least the islanders themselves. They are a powerful media channel but need to be approached with caution. 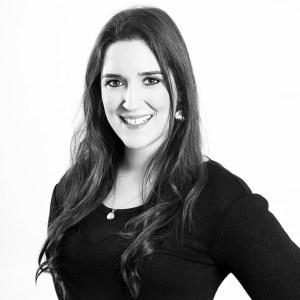 Will Basel IV make your cost of risk rocket?

An overview of the upcoming changes to Basel III regulation and the challenges which will...

Will Basel IV make your cost of risk rocket?
Agile

Achieving Agile at scale: being not doing

Having been around for more than a decade, many enterprises are familiar with ‘Agile’ as a...

Achieving Agile at scale: being not doing
Marketing

Purpose Marketing: Stand up to stand out

Alice discusses the concept of ‘purpose driven brands’ – how can brands activate their...

Purpose Marketing: Stand up to stand out
Show all