Being touted as the technology that could make the fourth industrial revolution (Industry4.0) a reality, 5G recently arrived in the UK to much fanfare with an advertising campaign centred on Kevin Bacon and the FA Cup final. Currently only available in a selection of urban centres and with only two network carriers, it has understandably yet to make an impact. However, with a nationwide roll out and more networks coming on board shortly, the many benefits of 5G and the opportunities it affords should become apparent sooner rather than later.

How does 5G work?

Let’s start by exploring the tech – 5G is the fifth generation in cellular network technology. It follows on from 4G (and it’s mini update 4G LTE) and 3G before that. 5G’s primary innovation over the previous generations is that it has a new system for transferring data which involves using a much higher wave frequency than previous generations, offering three key benefits over its previous generations : faster download speeds, reduced congestion and lower latency. For more information on how 5G works please read The 5G revolution series blog Why telcos should target B2B the opportunity

With this supercharged version of the internet, also comes speed allowing for innovation. While being able to download a 4k ultra HD movie in seconds to your mobile phone will be great, as will the advancements in mobile virtual and augmented reality (as displayed in the 5G advert from EE), the real benefits of 5G of will likely lie outside of the mobile phone sphere.

One of the key areas that would be impacted would be the Internet of Things (IoT). With ‘things’ or devices like televisions to energy meters, to fridges and even toothbrushes, increasingly getting connected to the internet, these devices allow for data to be collected and then used for research analytics and further tech development. The explosion of data caused by these connections will have a huge impact across numerous sectors and industries. For example, in the automotive industry, while tests on self-driving cars have been going for several years now, none have been brought to market. However, the advent of 5G will certainly hasten this. The combination of faster connectively and lower latency will help ensure the cars can quickly obtain and process all the data required to ensure they drive safely and efficiently.

Another exciting field that 5G will impact is healthcare. Firstly, because as all sorts of medical devices will become connected, it will become easier to monitor and assess a patient’s health. This could help with earlier diagnosis’s, assisting a patient with their recovery from an illness, or help to prevent of the illness all together. Secondly, it will become possible to perform surgery remotely. This will be of great benefit to those injured or ill in remote locations, or in hospitals without a surgeon with the required expertise present.

Finally, 5G and the IoT will also allow for smart cities to become a reality. The quick and reliable network will underpin all initiatives from waste management to assisting law enforcement agencies. It will enable the quick processing of the vast amounts of data being collected and further will be able to allow the various devices to integrate, allowing for communication between connected devices. The introduction of the smart city will save both money and energy across the board, most obviously perhaps through smart energy grids and traffic management. It is these sorts of use cases that make the claims that 5G will usher in the fourth industrial revolution seem highly plausible.

Owing to this, analysts such as Gartner are predicting about 20 billion connected things by 2020 and Research and Markets, is reporting the global 5G services market will soar to a whopping $124 billion by 2025, growing at a compound annual growth rate of 18% between this year and 2025.

Further to the technological potential, 5G will be of great benefit to the economy. There are estimates that the technology will inject twelve trillion dollars into the global economy by 2035 and with it the creation of millions of new jobs. Indeed, twenty-two million new jobs are expected to be created in the US alone.

While the potential of 5G is no doubt exciting and the benefits are there for all to see, as with all new technological advancements there is are some strong concerns that come with it.

One of the biggest concern comes from the potentially weak security the network may offer. Given the amount of data being transmitted over the network, any vulnerabilities could open up a playing-field for hackers, allowing them to launch DDoS attacks by infiltrating and leveraging thousands or millions of unsecured devices, for instance. This does not just have a crippling effect on networks but also compromises vast amounts of data.

Further, abuses of the network are feared not only by rogue hackers, but also by countries against their own citizens. There have been recent claims that a government has been using facial recognition technology integrated into its huge networks of surveillance cameras, to look to track and control its population. While this is possible with current technology, using 5G to extend/improve on this could give authoritarian governments even more capability to reduce the rights of their citizens.

Finally, there also some concerns that the very high frequency waves used make 5G a reality could have adverse effects on human health. These claims, however, seem largely unfounded and do not have the support of the vast amount of the scientific community.

The introduction of 5G is a highly exciting development. It will allow for users to have constant access to internet that will be faster, more responsive and more reliable than ever before. The most impactful benefit of 5G are set to be in how the technology will improve technologies, by creating an underlying platform that enables existing technologies to be deployed in new and better ways, one such example being that of IoT. So, the claims that 5G will usher in the fourth industrial revolution seem bold but are indeed possible. Watch this space. 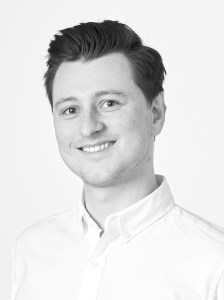 Richard joined Capgemini Invent in January 2018 and is aligned to the Digital New Services and Platforms capability within the Future of Technology practice. He is currently working on an operating model project for a large retail bank.

What can you expect in your first 3 months at Capgemini Invent? Will you be allocated to a...

The Institute Blog Series: Reflecting on my time in the Institute
Graduates

Naj Hayat – an Associate Consultant in Business Technology tells us about Capgemini...

Embracing the changes that came with the new normal and how we used our previous experience...

Virtual Inductions – Part of the New Normal
Show all