Yes, just like the premier league season, your favourite editor is back! We have a lot to discuss in This Week in Retail, with a plethora of major talking points. Nike are continuing to innovate and improve in their efforts to deliver the ‘store of the future’, vegan culture continues to expand its presence in the sector and finally more than 50 major retailers have issued a ‘call to action’ for government reforms in order to save the high street.

This week, Nike have rolled out their subscription service for kid’s sneakers called ‘Nike Adventure Club’ which allows parents to order shoes for children aged roughly two to ten on a fixed payment plan. The subscription model has been a great success in other industries (for example Netflix and Spotify) but many non-believers (like myself) struggled to see its practicality in clothing. Yet although focusing on children’s shoes looks to prove a smart idea, as kids outgrow or ruin shoes quickly and the need for new pairs will remain throughout their childhoods- in my opinion, this is a clever play from Nike. The subscription service guarantees repeat sales and it will only present further opportunities for not just Nike, but the entire industry. Who knows, perhaps one day we will be subscribed to all our favourite brands and just consistently adding to our clothing repertoires.

That’s not the only big news coming from the sporting goods retailer this week, the group also acquired Boston-based predictive analytics company Celect to bolster its direct-to-consumer strategy. The technology acquired will allow Nike to better predict what consumers want, where they want it and when. Both developments are great examples of innovative and proactive methods for success in retail, well done Nike!

Next up, veganism- a way of life that is becoming increasingly commercialised every day. Doc Martin announced this week a 70% rise in year-end profits largely thanks to the success of designs such as their “vegan” range of boots. Also this week, Primark have launched their Vegan-certified skincare range. Both are examples of organisations showing awareness of cultural shifts, with society as a whole becoming more environmentally concerned. These shifts provide great opportunities for retailers and its refreshing to see more organisations seizing them. With Greggs experiencing great success through the introduction of the vegan sausage roll to Doc Martin showing a purchase increases of over 200% on their vegan range, this market is growing rapidly and should be on the forefront of all retailers’ minds.

Unfortunately it’s not all positive news this week, with recent figures indicating that one in ten high street stores are laying empty, resulting in more than 50 major retailers demanding government reforms to business rates to level the playing field against online competitors. This comes as no big surprise, the high street has been struggling for years now, largely due to the crippling fixed costs occurring from their operations. There have been various methods for how the government could do more, Tesco CEO Dave Lewis has proposed that the government raise the levy on online sales to make up the shortfall from a reduction in business rates. It is evident that the high street needs more support, but how the government actually goes about this without dramatically reorganising its fiscal policy is a whole other topic. I think it’s important for retailers to be aware that with all of the exciting innovations coming in around improving customer experience, the physical presence that was once hindering them, could in the future, give them the edge over their online competitors.

Finally, a sweet one to finish, Pret are giving away free cookies today, so if you want to pick up a dark chocolate & almond butter cookie, head down to your nearest Pret Veggie from 3-4pm. 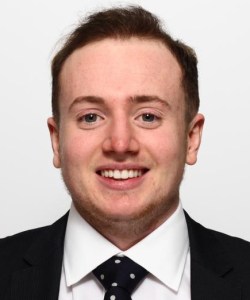 Fashion retail and success: a complicated and ever-changing relationship

This week Senior Consultant Nick Graham discusses the latest stories in retail, with a focus...

Fashion retail and success: a complicated and ever-changing relationship
Retail

Trends, technologies, key topics, and issues around sustainability that will shape up 2020