To me, shopping is part of travelling. I love visiting stores within foreign countries to discover distinctive goods and different customer experiences. So, having recently moved from Paris to London, I was very excited about exploring the shopping scene in London. And I was not disappointed.

Whilst browsing, I was amazed by a trend in retail that France is yet to follow – retailers are setting up their shop windows with décor for Pride season! This inclusive initiative is helping to increase the visibility for a community who is sometimes struggling to be heard. However, I wondered if retailers were exploiting this annual celebration to purely drive up revenue, ‘rainbow-washing’ their brand. So, I started doing some research.

A huge market to consider

In UK, the estimated purchasing power of the LGBT+ community (also called the pink Pound) is ~£6 billion per year. And this figure is just about to increase! Only two thirds of Generation Z identify themselves as ‘exclusively heterosexual’ – the lowest figure of any generation. So, we can easily understand why an increasing number of retailers want to consider this part of the population.

But, whilst some companies are true pioneers and advocates of LGBT+ communities, others seem to be purely money-minded. So how can we differentiate between the two? And, how can retailers promote diversity and inclusion without being accused of pure tokenism?

Even though retailers decorate their shop windows every year for one month, more consideration could be made. Communication including LGBT+ community should be year-round; inclusion isn’t just a time limited activity. Matthew Todd from Attitude magazine thinks advertisers have tremendous power in their hands to give visibility to the community: “Seeing gay people represented in ads impacts purchasing decisions. [They] have had to endure prejudice throughout their lives so are often willing to respond to brands that cater to them.”

This visibility is even more powerful when it normalises LGBT+ representations, instead of highlighting stereotypes. It’s all about social inclusion! 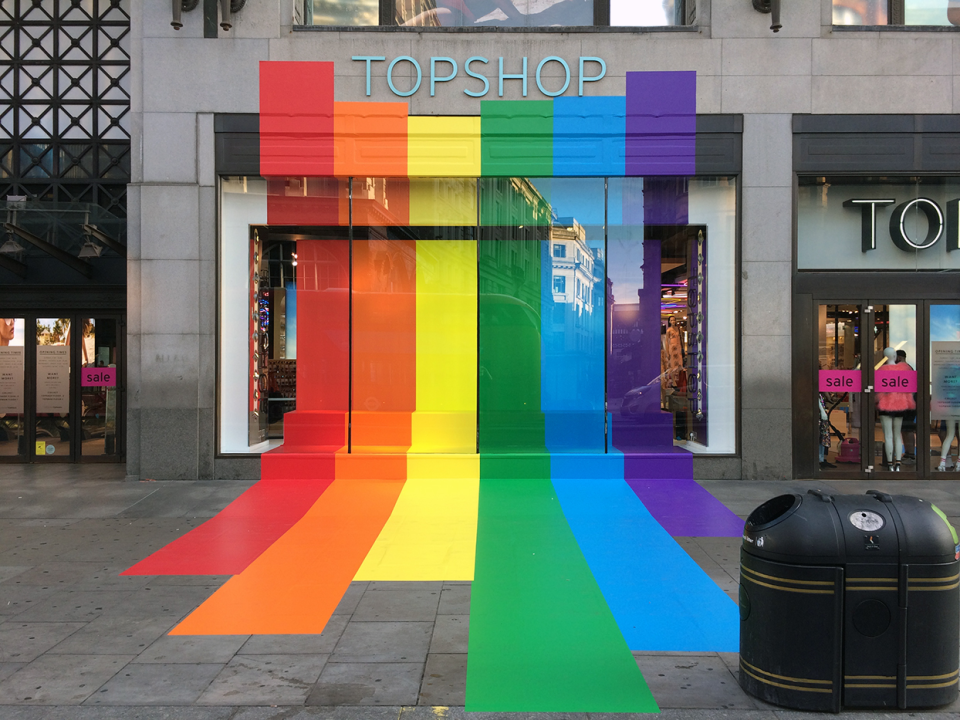 2. Stand as a role model

Your best ambassadors are your employees! It is crucial to integrate diversity and inclusion initiatives within your HR policy. Best practices include:

Stonewall, a Capgemini charity partner, campaigning for the equality of lesbian, gay, bi and trans people across Britain, publishes an annual ranking of the most inclusive employers. This is a great way to stand out as a role model employer. Especially in the retail sector, where there is room for improvement. “Unfortunately, at the moment, our Top 100 does not include any major retailers. We do however work with retailers as part of our Diversity Champions programme and are keen to work with more to help them improve diversity and inclusion for their workforces,” stated Stonewall Executive Director, Sanjay Sood-Smith.

If retailers want to be true advocates of the LGBT+ community, they need to be proactive, and take initiative from the leaders in this market. Their brands visibility can help a lot to change the status quo.

Here are a few inspirational examples:

We know customer experience is becoming the key business differentiator. Consumers are not solely focussing on the product retailers are offering but consider the overall experience that they are receiving. And values the retailer upholds are becoming a part of the experience. So how to be at the forefront of this change?

It comes back to customer centricity. Truly listen to the LGBT+ communities’ needs and help them by using your brands and assets. It will remove the stigma of ‘rainbow washing’, and hopefully create a genuine and inclusive customer experience.

‘Being an ally is like being a wingman: If you make it about you, you’re doing it wrong!’

Bastien is an experienced consultant in customer journey optimisation and product/service design. He has a broad background having worked in multiple countries and within different markets including Retail and Media.

Kiren Bhardwa has won a prestigious Rising Star Award in WeAreTheCity’s 2020 awards. The...

The future of corporate mobility

The world of corporate mobility is set to evolve as companies are facing changing demands...

The future of corporate mobility
Show all