Leaving the hype aside, a lot of people are struggling to grasp how to make money with the blockchain and many blockchain-based endeavours are grappling with finding a rational business model.

Because of its decentralised nature, many companies get presented with a difficult dilemma: whether to build a decentralised system but forego a solid revenue stream as an intermediary, or create a centralised business model that leads to real profits but avoids everything that makes blockchain so disruptive.

That said, if one looks closer, there are countless opportunities to construct open networked enterprises that will both disrupt or displace traditional centralised models while turning a comfortable profit.

One of the major known advantages of blockchain is its ability to enable producers of a system to share in the wealth they create. We call this Wikinomics, from the Wikipedia platform, where mass collaboration and user-participation on a marketplace or business creates value for the greater number of users.

Take this concept to the next level by adding in native payment systems, reputation systems, uncensorable content, trustless transactions, smart contracts, and autonomous agents and you find yourself with Wikinomics “on steroids” aka blockchain. Let’s explore and discover five of the new business models blockchain could enable:

Peer producers or contributors are akin to your Wikipedia moderator, Linux developer or Reddit member – they are thousands of dispersed volunteers who keep these projects alive, sometimes for the fun of it, as a hobby or because of their values. Peer production as a business model matters because it enables to produce goods and services that companies can curate and commercialise, but also allows firms to tap into vast pools of external labour. For instance, IBM is said to have saved $900M a year embracing Linux and donating large amounts of complementary software to the community which built a multibillion-dollar software and services business.

But this can be challenging as in most of the cases participants do not get rewarded for their time and work, which causes the pipeline of contributors to dry very quickly. On top of this, bad behaviour and incompetence are common-place since reputation is very informal and good behaviour isn’t economically incentivised.

The opportunity is to create a hybrid-model, fostering open innovation where companies cooperate and share intellectual property. Firms like IBM will tie into self-organising networks of value creators like the open source movement to cocreate or peer-produce value.

Blockchain would enable this model through the creation of a token-based currency which would allow peer producers to get a real, financial stake in the project. From then on, exhibiting a positive behaviour and helping build the platform will earn you tokens. The release of the tokens would be managed by a smart contract, which stipulates the rules for delivering the token (i.e. consensus on the quality of the work, etc.)

The rise of the internet, with all its benefits, also democratised intellectual property theft. Many content creators are still being robbed of a justified compensation as it is extremely hard to track these things online despite artificial intelligence growing better at identifying these cases. What musicians, journalists, photographers and designers are left with, is the option to be beholden to record labels, publishers, galleries and studios to manage their rights in exchange of a large chunk of their IP’s value.

Blockchain is turning intellectual property and art into a currency, where assets can be digitised and watermarked as a definitive copy that is tradable. Firms like Monegraph or Verisart have jumped on a bandwagon and are leveraging blockchain technology to serve intellectual property creators across the world. On top of cutting the middleman, the technology could make deals autonomously, rewarding the content creator in real time.

Traditionally, Uber, Airbnb and Deliveroo have been labelled as sharing economy companies. However, sharing implies a free exchange and these companies are utilising the availability of internet technology to create a business that lowers the cost of usage of consumers. Sharing implies a free exchange, not a financial transaction. These companies are just service aggregators that charges suppliers and users for selling and buying excess capacity (cars, vacant rooms, orders) through a centralised platform.

Blockchain provides an opportunity for these service suppliers to collaborate and own a greater share of the value they produce by removing the middleman. It will allow people to translate their willingness to work together into a set of reliable account (rights, assets, contributions, uses) that will certainly disrupt companies like Airbnb.

These blockchain collaboratives of taxis, homeowners and restaurants will allow for real sharing and for value creation to work together in a cooperative way and receive most of the value they create.

Imagine if you could rent your excess capacity for certain commodities such as Wi-Fi hot spots, mobile data, computing power or storage capacity without the hassle of having to interact with people or do anything? Dreamy, right?

The blockchain technology has the power to take us from the sharing economy to the metering economy where our connected assets will be renting themselves out autonomously and bring us extra-revenue. Think about your Wi-Fi renting itself out in your absence, charging fractions of pennies for every second of usage and sending the money to your cloud-hosted crypto wallet.

A decentralised value transfer protocol will allow for you to safely and securely transact with other people while deciding the extent to which you want to assign usage and access rights.

This can work for physical assets too. Imagine living in a world where everyone owns a car, but everyone can use any car available in the street? People would be able to unlock your car for a certain amount of time, as specified by the rules in the smart contract – all the while paying you in real time for the time and energy that they consume – as metered on a blockchain.

Manufacturing-intensive industries can give rise to planetary ecosystems for sourcing, designing and building physical goods, marking a new phase of peer production. Just as a modern aircraft can be described as a “bunch of parts flying in formation”, firms in most industries are tending to disaggregate into networks of suppliers and partners. Three-dimensional printing will move manufacturing closer to the user, bringing new life to mass customisation. Soon, customers will be able to hold rights and store metadata about any substance from human cell to powered aluminium on the blockchain, in turn opening the limits of corporate manufacturing.

This technology is also a powerful monitor of the provenance of goods and their movement throughout a supply network. Let’s think about the food industry and how we trust our local grocery stores claims around the quality of ingredients used, the way animals are raised, etc., but cannot guarantee it.

As we have seen previously in one of my colleague’s blog, the food industry could have a real revolution with blockchain.

In conclusion, there may not be a distributed autonomous enterprise in our near future but thinking about these new entities will inform today’s business strategic decisions. With the rise of global peer-to-peer platforms for identity, trust, reputation, and transactions, we can finally re-architect the deep structures of the firm for innovation, shared value creation, and perhaps even prosperity for the many, rather than just wealth for the few.

It becomes even more exciting when you consider that billions of agents will be embedded in the physical world and interact autonomously on the blockchain. But that’s a topic for another blog!

Now you are equipped with these five emerging business models, I hope you will shake some windows and rattle some doors in your industry and enable a more democratic distribution of wealth. 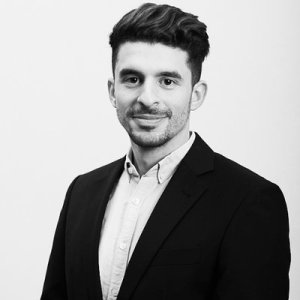 Medy joined Capgemini in March 2017 after working for 2 years at a tech start-up. During his tenure he has worked on several innovation led assignments, including the set up of a beta business for a large retailer and the design of an innovation lab for a FMCG firm. He is currently working for a large public sector organisation, performing a pre-acquisition IT due diligence and a post-acquisition transformation plan.

Making the shift to product-based IT – dramatic evolution

The Clock is Ticking to Replace IBOR

Replacing IBOR is a vast undertaking for most banking enterprises and the countdown to...

The Clock is Ticking to Replace IBOR
Customer Experience

Blockchain – A new era in utilities customer experience
Show all